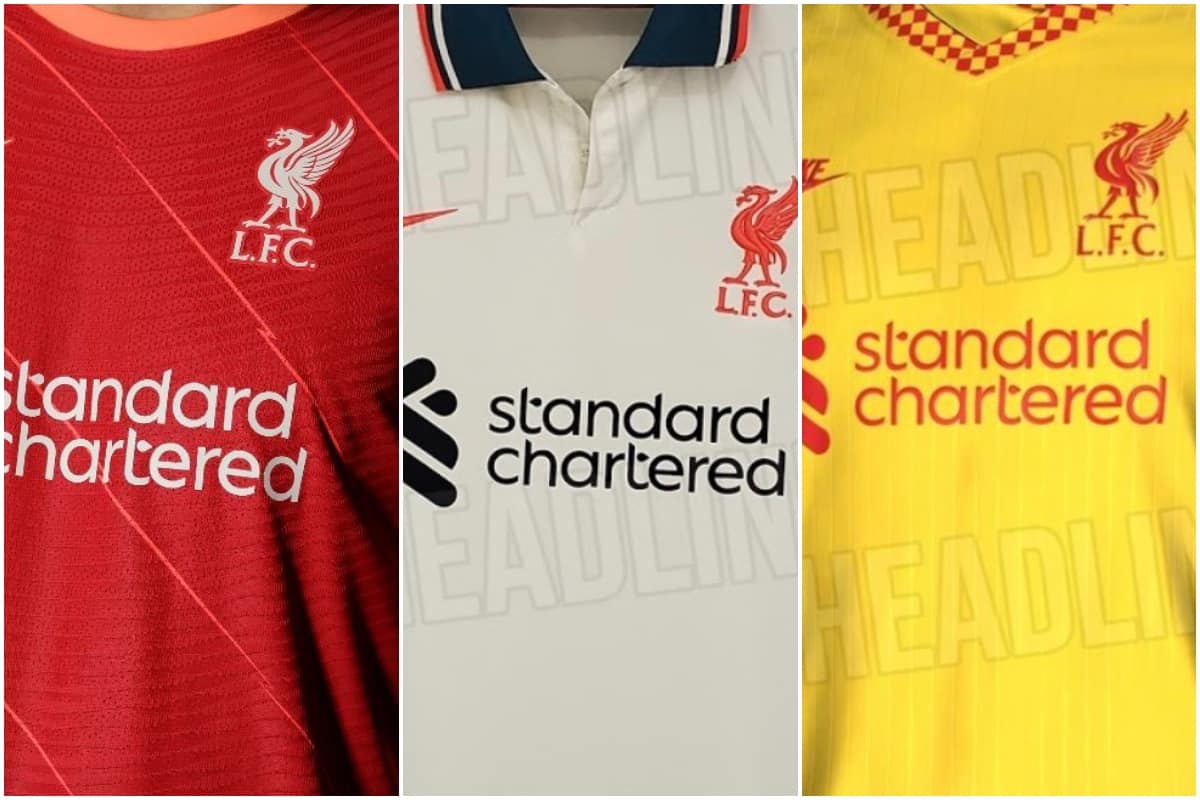 Liverpool are heading into their second season in Nike kits, and here’s all we know so far about the home, away and third shirts that Jurgen Klopp‘s side will be wearing.

The Reds sealed a lucrative deal with Nike as their new kit supplier ahead of last season, with the American manufacturer agreeing a heavily incentivised contract.

While Liverpool earn a lower base rate than their previous agreement with New Balance, more favourable terms for royalties and merchandise sales ensure it is one of the most valuable kit deals in football.

Last season saw Klopp’s side wear red at home, turquoise away and a black-and-grey check design for their third kit, with the designs proving divisive among supporters.

Liverpool’s new home kit has already been released, with the first team debuting the red shirt with a diagonal, lightning-bolt design in the 2-0 win over Crystal Palace.

The kit was met with mixed reviews, largely due to the coral used for the collar and cuffs, but it was more impressive in action as the Reds closed the campaign with a victory.

The home goalkeeper kit is a green patchwork design with black detailing, which employs a template used across the board by Nike.

The new Nike away kit for 2021/22 is yet to be officially unveiled, but leaks have revealed that Liverpool will return to the cult ecru colouring seen in the 1990s under Reebok.

With ‘bright crimson’ and ‘dark atomic teal’ detailing, the shirt is a polo neck, and is strikingly similar to the home kit worn in 2018/19.

As of yet, the away goalkeeper kit has not been leaked.

Full details of the Reds’ away kit for next season can be found here. 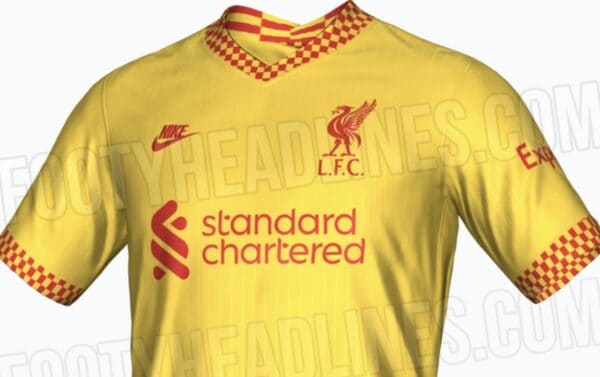 Liverpool’s third kit for next season is a throwback to the 1980s, and the yellow-and-red shirts worn by the successful sides of Bob Paisley, Joe Fagan and Kenny Dalglish.

The third kit also features a different Nike logo and a chequered V neck, with this proving particularly hot and cold with fans.

Alisson will wear a black-and-grey version of the home goalkeeper shirt for games requiring a third kit, which displays the Nike template approach.

Full details of the Reds’ third kit for next season can be found here.

When are they released? 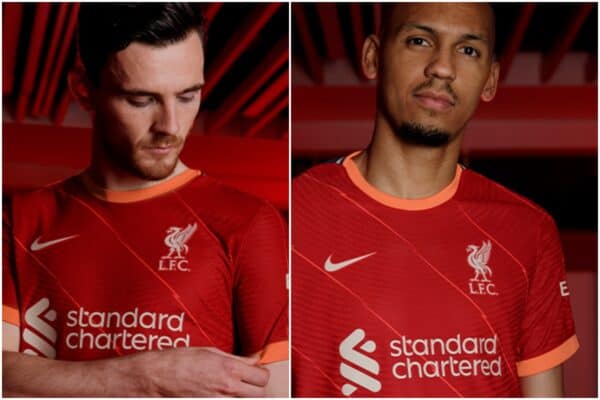 In terms of release dates, the Liverpool home kit for 2021/22 is already available, having been released for sale on June 3.

This Is Anfield understands the away kit will launch in July and the third kit in September.

To be in with a chance of winning the new home shirt, with your choice of player name and number on the back, simply complete the form below and you will be entered into the prize draw.

The competition with close at 12 noon on Friday, 25th June. Good luck!