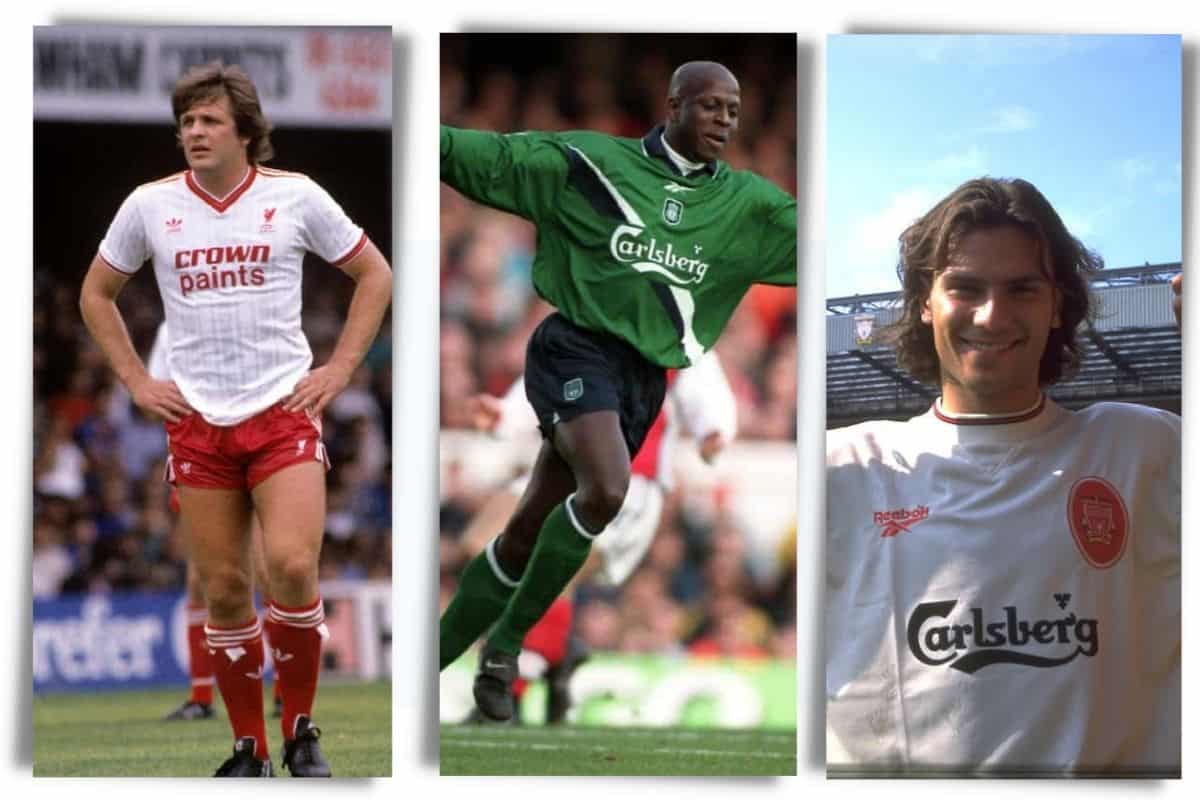 The annual release of kits can often lead to mixed reviews with it being a fine line between a hit or a miss, but which kits would fans love to see Nike use as inspiration?

Liverpool have had an abundance of strips that are now deemed classics, with either the design or the success experienced in the kit creating a connection and subsequent nostalgia.

Throughout the years, Umbro, Adidas, Reebok, Warrior, New Balance and now Nike have all been responsible for designing the Reds’ strips – some a smashing success and others would leave a lot to be desired.

But sometimes, all fans wish for is a touch of the past to be reflected in present-day and what better way to do so than deriving inspiration from classic kits that were a huge success.

From the simplicity of an all-red ensemble to pinstripes and a touch of a unique colour palette, fans know what they want and here we take a look at some classics many would love to see Nike throwback to. 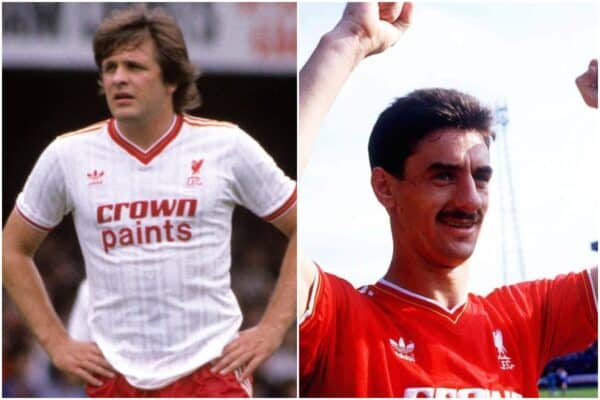 When you think classic Liverpool kits, one’s mind is likely to go back to a time when Crown Paints and Candy were the sponsors and Adidas were behind the magic.

And the v-neck collar and simple yet effective designs from 1985 to 1987 are ones many would love Nike to take inspiration from.

For those that grew up in that strip, it’s one that holds a lot of significance. And perhaps Nike have taken notice with a yellow and red shirt tipped for 2021/22.

Recreating the magic will not be easy but it would certainly be a crowd pleaser:

The yellow crown paint one. 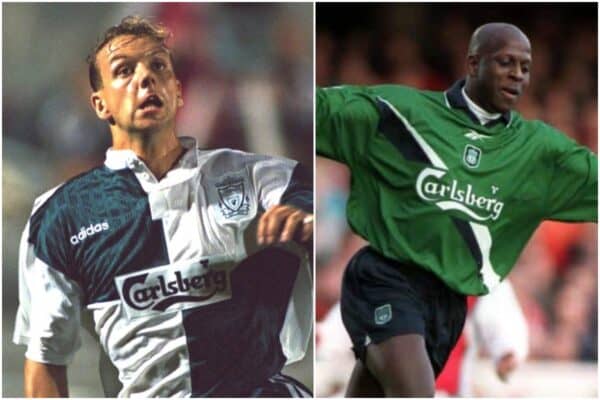 Adidas had a long lineup of green kits for Liverpool across their two spells as kit manufacturers, with six variations throughout the years.

The green and white quarters of 1995/96 and the Adidas stripes as the key design feature on the shirt and shorts from 1991 to 1995 proved widely sought after.

It’s a popular colour choice and design for Reds, and while New Balance tried their hand at one in 2017/18, it didn’t quite hit the mark and fans want Nike to have a go: 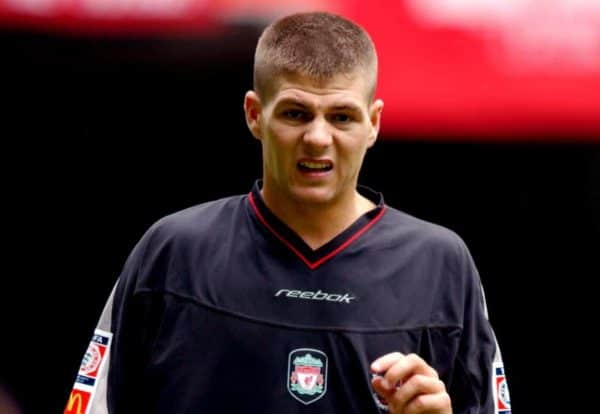 Perhaps one from left-field, but you can hardly go wrong with a black kit and a shout for the 2002/03 Reebok edition is not a bad one.

Again, another clean and simple look that has the Liverpool badge front and centre and it certainly helps that silverware was added in that season in the form a League Cup:

It would force Nike to step out of their template zone which would be a plus. 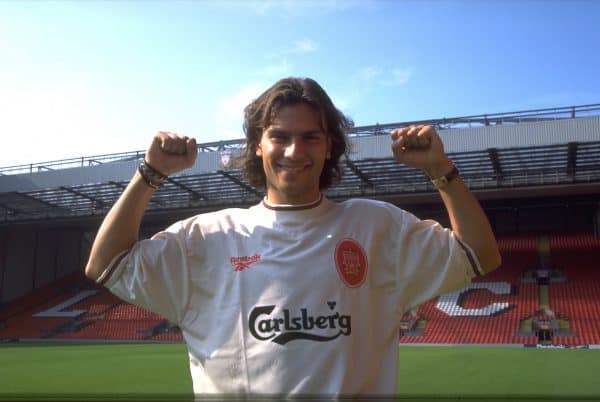 This is one that looks set to be delivered, with Nike to throwback to the ecru kit of the 1990s – this time with a polo neck collar.

The new design for 2021/22 is to reflect the one donned in 1996/97 under Roy Evans that has become a cult classic and for good reason.

The simplicity of the ecru is what makes it appear unique and eye-catching and in Reebok’s first season they hit it out of the park for a home run and it’s easy to see why a throwback would be in demand:

One of my favourite kits that, still dig it out now and then ?

On black shorts..and the right trim colours on the shirt and it's perfect! 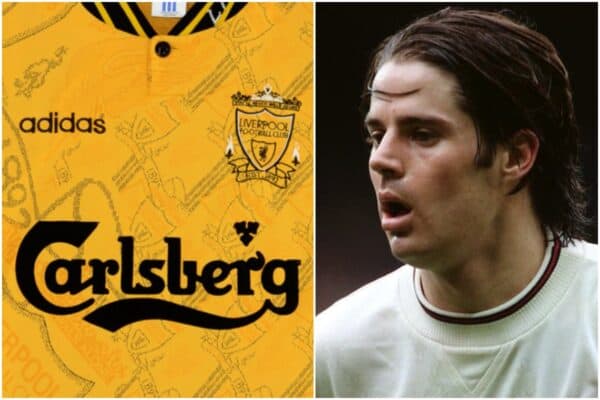 We’re going to call this 1994-96 gold third kit a vintage, one that perhaps flies under the radar but can certainly lay claim to being an original.

It’s one that may prove polarising, but you can’t deny that it’s a stunningly unique design and one that immediately draws your eye such is the ever-present nature of the Liverpool badge.

The story behind it is that it was rushed into production when the FA insisted that their green and white strip clashed with the red and white stripes of Sheffield United.

It was not to go into production for fans but it eventually did and proved popular, and now some would like to see a new edition:

It would certainly make for a good discussion piece as they just don’t make kits like this anymore!

Let us know in the comments below what kit you would love Nike to throwback to!