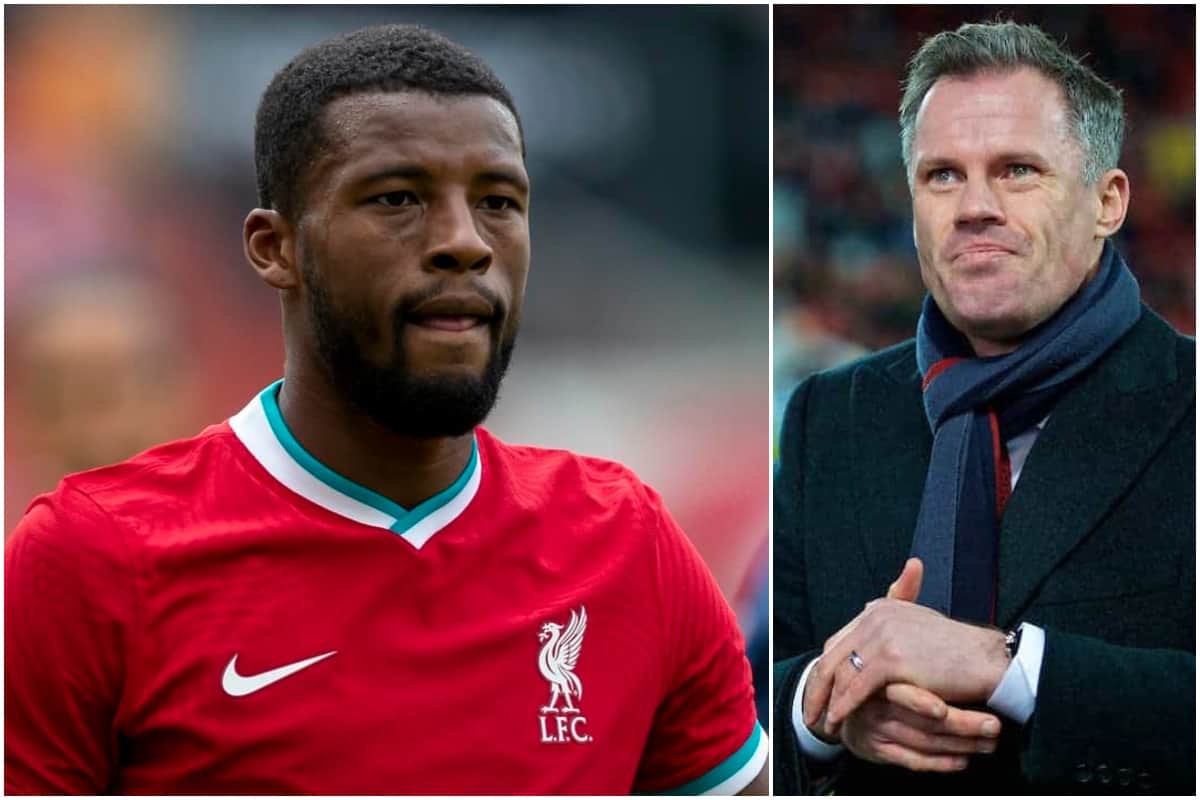 Gini Wijnaldum delivered an explanation over his Liverpool exit and his words triggered a meaningful discussion over online abuse from Reds.

The club’s former No. 5 has opened up on his departure from Anfield, delivering on his earlier promise that fans deserved to know the story behind the decision.

And while hinting that he “didn’t feel loved” by the club’s hierarchy, Wijnaldum also opened up on the blame and abuse he was subjected to online, which was in direct contrast to the support he received from fans at Anfield and the travelling Kop.

“When it went bad, I was the player who they blamed – that I wanted to leave,” Wijnaldum said.

“On social media, if we lost, I was the one who got the blame. There was a moment when I was like: ‘Wow. If they only knew what I was doing to stay fit and play every game.’” 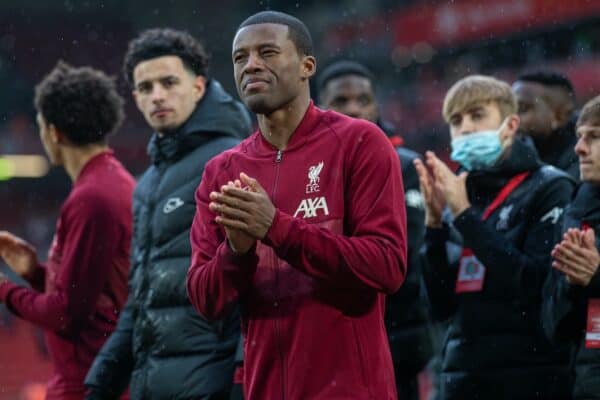 The abuse is indefensible and no player or person should be subject to it and Wijnaldum highlighted a topic that has received increased scrutiny in how social media platforms handle such instances.

His words sparked an important discussion from fans, and Jamie Carragher’s stance was one that received polarising views in itself, as he was in the turning off comments or away from social media camp and others presented the view that you shouldn’t have to:

I love Gini but this is not right, social media is a circus & every club has clowns. Turn off your notifications & if it’s bothering you that much delete the app! He wanted more money the club said no, that’s football! https://t.co/NNmiyFXYBY

With the utmost respect this is a poor take. Yes, every club support has abusive people, it doesn’t make it okay and he didn’t deserve to be abused.

It might be easy for you or I to ignore online poison – I don't give a shit and I've had my fair share – but it's not right imo to double down on it when he's said it bothers him (and I know money would've been a bigger factor). He's only human.

I fully agree that 'every club has clowns', but telling Gini to turn off notifs/delete Twitter masks the real issue here. https://t.co/Hek2xcJ8aC

This!! The reason for the departure could be many and social media might just be one of the reasons why Gini left the club but let's understand and respect that it did impact him. If one of our own is/was hurt because of what we said, surely we need to introspect a bit? https://t.co/Ddnp3A78ub

By the way, the takeaway from the Gini comments should always be that abuse is unacceptable. Don't be a dick. It's not hard.

Gini is very good at football. He left for a better financial package as he felt the offer from LFC undervalued him. He definately got constant online abuse from some so called fans. That said, it wasn't the main driving force for him going. No player should be sent abuse, none.

Gini can blame whatever he likes in my eyes. https://t.co/FAsjmjhqQn

One more time for those at the back, Gini did not leave over social media abuse, he wanted a new contract, he left over money.

Calling out that he got online abuse and it impacted him is no reason to slag him off, he's 100% right. There are far too many dickheads these days.

Whether or not it was the real reason for his departure is another unending debate but I am glad Gini highlighted the social media abuse players get.

And the irony is he's been getting more stick for bringing it up. People still seem to have overlooked the point #LFC

Gini Wijnaldum wanted a better deal. He got one & joined PSG. Bye. But he’s got a point. Some of the scapegoating shite written about him by so-called LFC fans on social media was embarrassing. The same people will probably pick on Thiago next season for a lack of assists… #LFC

I still can't quite grasp how Gini Wijnaldum came out and said "I got abused a lot on social media and it made me feel really bad" and people are mad at Gini??????

Looking at the wrong angle ffs.

What a grim world we live in.

Not sure Gini really needed to say anything. He’ll get grief from the minority idiots at PSG as well. It’s all part of football sadly. The vast majority at #LFC loved him.

There are many of us who knew, who appreciated and who loved and still love you @GWijnaldum for what you gave to our club. The truth is you are a legend and always will be! ??

The social media abuse footballers receive is vile – it's awful that anyone should be subjected to it – but I also think Wijnaldum's comments about it now are a bit needless.

He wanted to join Barcelona despite lots of their fans telling him they didn't want him on social media.

It is possible Wijnaldum was hurt by abusive comments on social media.

It is also possible he wanted one last big payday.

Those two things can both be true. The existence of one doesn’t negate the other.

He might be saying it now because no one else has.

While it’s unlikely that it was at the heart of why Wijnaldum departed, social media can be a toxic place and his experience will, unfortunately, be one case of millions.

The fact it was discussed around his departure may have limited the impact of his words, but they remain important ones as it’s unfathomable that anyone has to be subjected to abuse.