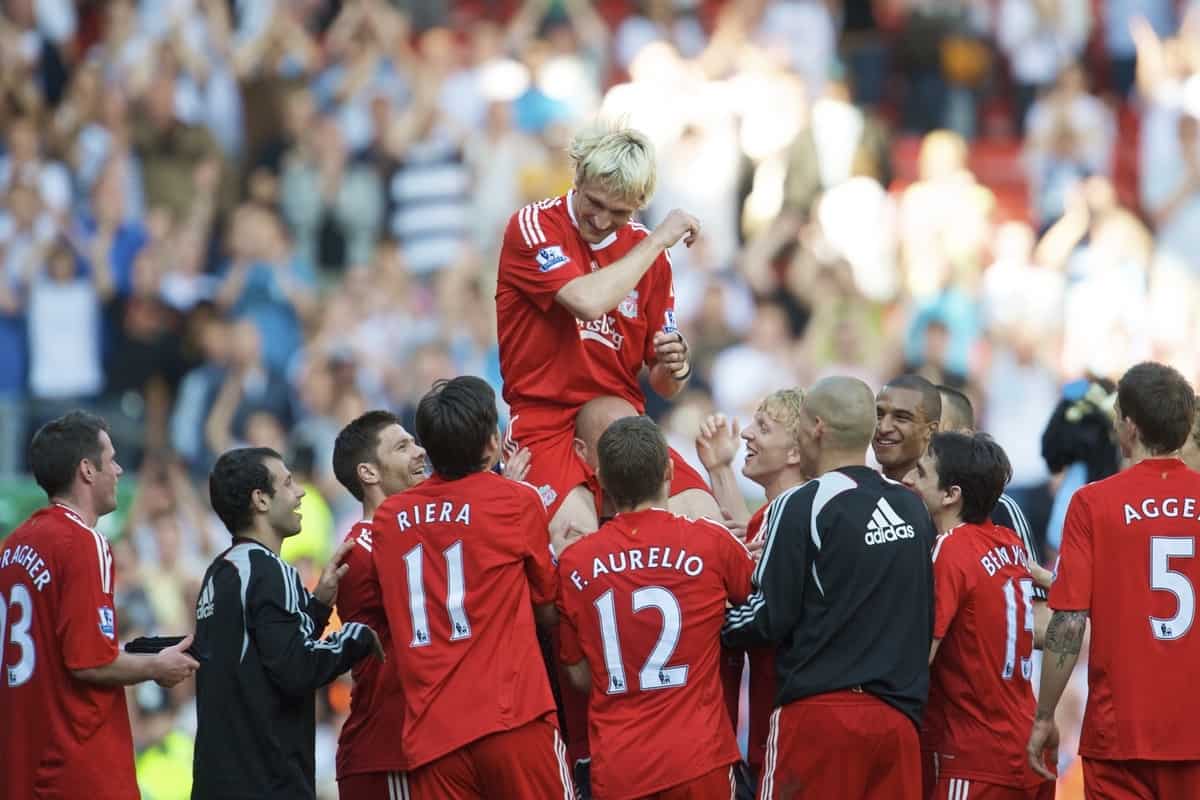 Sami Hyypia’s reputation as a Liverpool legend is undeniable, following a decade-long spell at Anfield that proved to be remarkable value for money.

When you think back to the 1990s, the one thing that summed up the Reds’ shortcomings was a leaky back line.

While Man United were running away with title after title, individuals such as Phil Babb, John Scales and Neil Ruddock, among others, didn’t cut the mustard.

When Gerard Houllier took sole charge of Liverpool in 1999, he realised the importance of acquiring a top-class centre-back – what happened next altered Reds history for the better.

Even the most knowledgeable football fan would struggle to claim they knew much about Hyypia before he arrived at Anfield.

He had enjoyed a low-key career at Eredivisie side Willem II into his mid-20s, before Houllier snapped him up prior to the 1999/00 season.

The £2.5 million fee made Hyypia’s arrival feel relatively muted, especially as he wasn’t the high-profile name that some fans craved at a time when the likes of Jaap Stam and Marcel Desailly had been signed by their rivals. 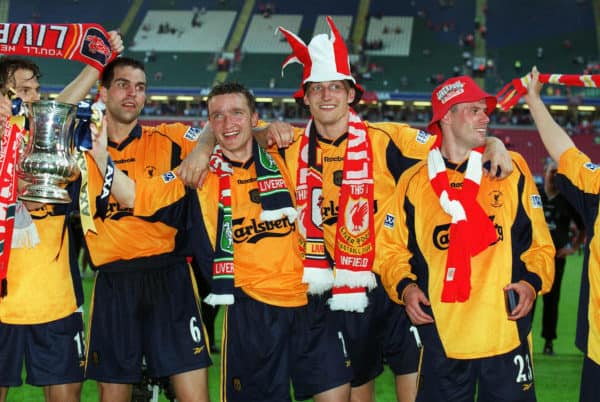 It didn’t take long for supporters to see that Houllier had worked a piece of transfer magic, however, in a summer that also saw Stephane Henchoz, Didi Hamann and Vladimir Smicer arrive.

Hyypia featured in all 38 Premier League matches in his first year on Merseyside, forging a partnership with Henchoz that remains underrated to this day.

Perhaps the bond that the giant Finn created with Jamie Carragher further down the line stands out more, but he and Henchoz were the perfect foil for one another.

The 1999/00 campaign was good but forgettable for Hyypia, due to Liverpool missing out on Champions League football and not winning a trophy, but what happened in 2000/01 was the stuff of legend.

The Reds secured a historic cup treble, not to mention finally getting into the Champions League, and it was built on a defence-minded approach with Hyypia at the heart of it.

Liverpool’s former No. 4 was a colossus throughout one of the most gruelling, intense seasons in the club’s history, making a staggering 58 appearances overall. 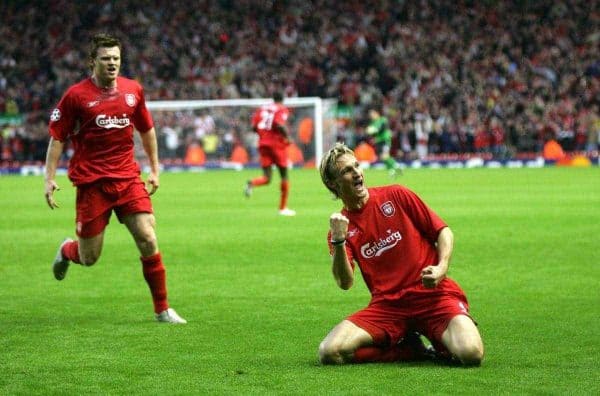 To put that into context, Gini Wijnaldum and Mohamed Salah felt like machines in a dogged 2020/21 and even they still only played 51 times in all competitions.

In the space of two years, Hyypia had built a reputation as one of the country’s standout defenders, performing to an almost perfect level for Liverpool.

It wasn’t too long before his efforts were rewarded by being named permanent Reds captain, in what surely remains one of the proudest moments of his career.

There was no other contender that stood out as much after Jamie Redknapp and Robbie Fowler moved on and it was a role that Hyypia handled with great class.

Similarly, the manner in which he selflessly passed over the armband to a 23-year-old Steven Gerrard summed up his likeable, team-focused character – something that never went unnoticed by the fans.

If a trio of cup trophies wasn’t enough, Hyypia would go one better in 2005, playing a huge role in Liverpool’s unforgettable Champions League triumph.

When he wasn’t firing past Gianluigi Buffon in the quarter-final win at home to Juventus, he was producing immaculate performances and keeping clean sheets away to the Serie A giants, not to mention twice against Chelsea in the semi-finals.

At 31 years of age, this was arguably the peak of Hyypia’s career, but there was still an enduring level of quality to his game for the next four years.

The Finland legend naturally started to play more of a bit-part role as age caught up with him, but was often a safer pair of hands than younger colleagues such as Daniel Agger and Martin Skrtel.

An FA Cup crown came his way in 2006 – he missed his penalty in the shootout, proving that he was human after all – but an elusive league title was always agonisingly out of his grasp.

Regardless, by the time 2009 rolled around and Hyypia bid an emotional goodbye to the supporters inside Anfield, his status as one of the best centre-backs in Liverpool’s history was sealed.

After 464 appearances, 35 goals, 11 assists and 10 trophies, it was time to move on, and it could be argued that there has never been a better bargain signing at Liverpool. 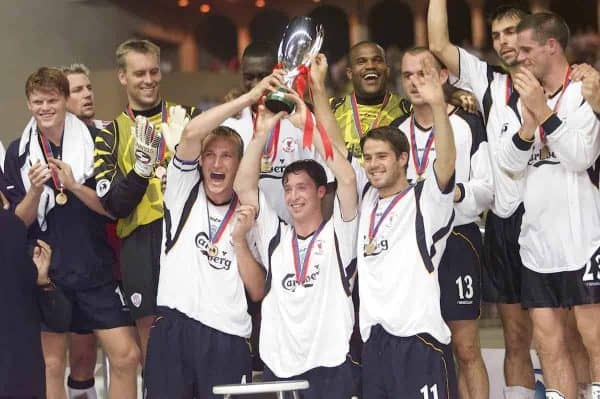 Of course, iconic figures like Salah, Luis Suarez and Sadio Mane have all ended up at least tripling their price tag in a Reds shirt, but they all still arrived with high levels of expectation.

For Hyypia, he came in as a virtual unknown – costing only £900,000 more than Ben Davies – and became one of the most influential Liverpool players of this century.

It is an extraordinary story.

Some now question whether or not Hyypia would be a force in Jurgen Klopp‘s current side, but the answer is a resounding yes.

Granted, he largely flourished in deep-lying defences under both Houllier and Rafa Benitez, but his lack of pace in Klopp’s high line wouldn’t be a great issue because of the football brain he possesses, both on and off the ball.

Hyypia showed over a decade that he is worthy of playing for any Reds team. There haven’t been many better in his position.