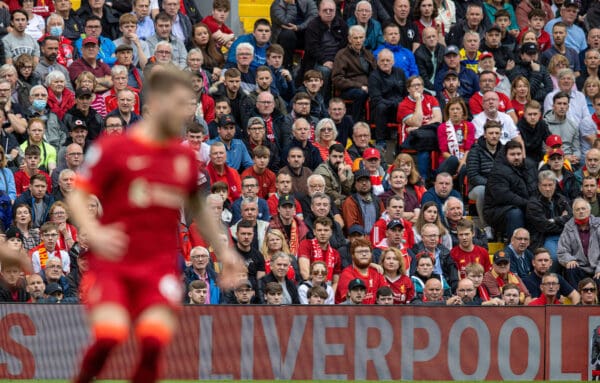 Liverpool 2-0 Burnley: Player Ratings – What the media and statistics say

Liverpool won 2-0 against Burnley at Anfield on Saturday, with Kostas Tsimikas and Harvey Elliott among those who shone for the Reds.

Jurgen Klopp‘s side hosted the Clarets in their second Premier League game of the season, as a full home crowd created a special occasion on Merseyside.

Diogo Jota headed Liverpool in front after a precise cross by Tsimikas before Sadio Mane buried a finish after the break.

The win puts the Reds top of the Premier League, following back-to-back victories.

Perhaps surprisingly, it was Alisson (8.2) who earned the highest average rating.

The Brazilian was near-impeccable at Anfield, however, making some strong saves to record a second clean sheet in a row.

The Echo‘s Ian Doyle felt Alisson “handled Burnley’s aerial threat with great composure,” although Karl Matchett of the Independent pointed out that he was “beaten right before the break by a Tarkowski header.”

The 18-year-old looked a class act throughout at Anfield, with TIA’s James Nalton saying he was “heavily involved” and “grew into the game.”

Tsimikas (7.9) and Trent Alexander-Arnold (7.9) shared third place, on a good afternoon for the full-back duo.

Naby Keita (7.2) rather harshly got the lowest average, although FotMob noted that he failed to make a key pass and lost five out of nine duels.