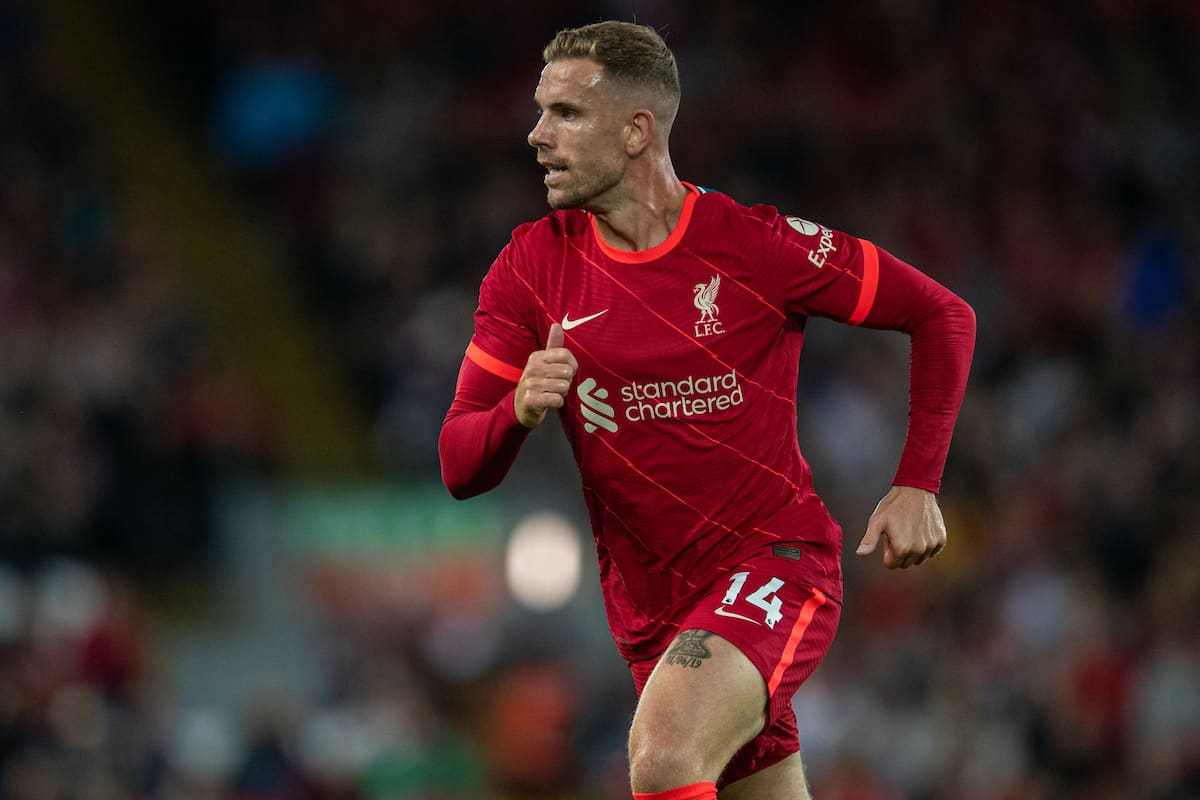 Again, Jurgen Klopp‘s biggest decisions to make come in midfield as Liverpool take on Burnley in a packed Anfield on Saturday for the first time in 529 days.

The Reds began their campaign strongly with a 3-0 victory at Norwich, and are now back at home as they prepare for the visit of Sean Dyche’s Burnley.

Dyche has claimed that “the best form of defence is attack” for his side, but it is unlikely many are buying that as the Clarets are expected to employ their usual, often effective, approach at Anfield.

Heading into this game, Klopp can hope to build on a positive display at Carrow Road, with few changes to the squad available to him.

However, the manager has some big calls to make in midfield, with three players set to return and two others possibly dropping out.

Here’s what we know about the Liverpool squad heading into Saturday: 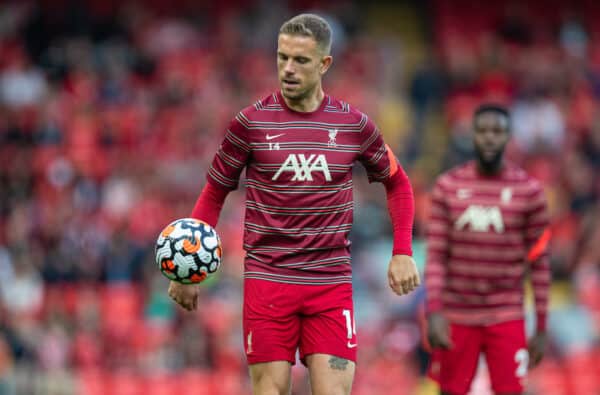 In his pre-match press conference, Klopp explained that both Thiago and Jordan Henderson were “much closer” to contention having come through 80 minutes of a 4-1 friendly win over Aston Villa on Sunday.

“They looked really good in the game and looked good in the training week,” he told reporters, “so now it’s up to me to make some decisions.”

The manager also underlined the importance of Naby Keita and Alex Oxlade-Chamberlain taking their chances “immediately,” which would suggest that one or both could be under threat when the first-choice duo return.

Saturday’s game is clouded by the news of Fabinho‘s father passing, and while Klopp has not ruled the Brazilian out it seems likely at this stage.

Therefore, the most feasible lineup to take on Burnley could see the following: 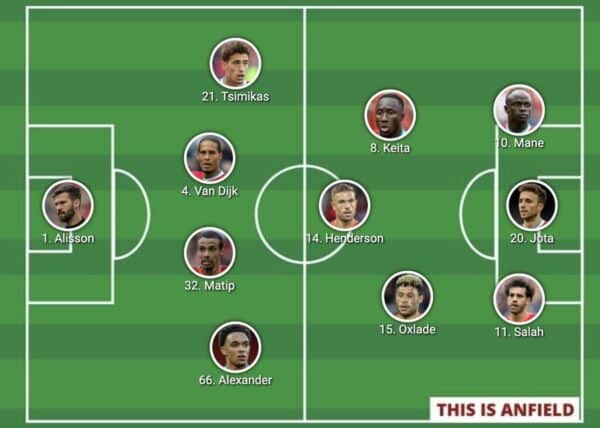 However, there is a case to argue that a formation change should be in the offing, particularly as Klopp finds all four of his regular starting forwards in form.

This would also address the potential issues with fitness and balance in midfield, with the manager able to consider these alterations:

Those changes would see Liverpool’s XI shape up as below: 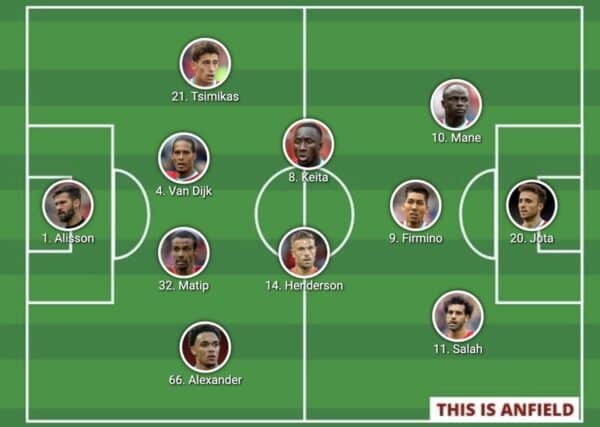 In reality, Klopp is unlikely to make many changes after a week on the training ground, with there being no need to rush both Henderson and Thiago back into the side having returned late into pre-season.

The potential unavailability of Fabinho and James Milner – who didn’t train on Thursday – could prompt a reshuffle, but after a comprehensive showing against Norwich, switching things up may not be advised.