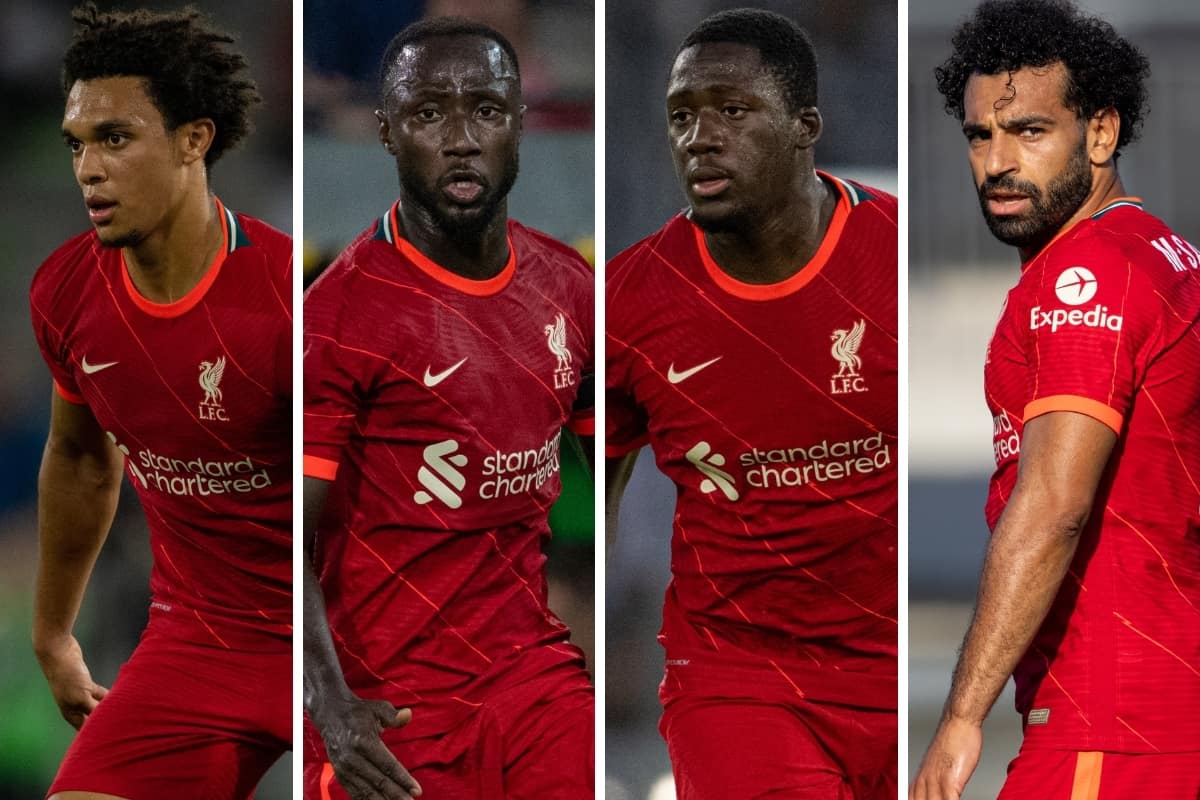 Jurgen Klopp was able to give 13 of his players an hour on the pitch as Liverpool beat Bologna across two 60-minute friendlies that could point to his plans for August 14.

The Reds produced a combined 3-0 victory over their Serie A opposition as Sadio Mane, Diogo Jota and Takumi Minamino scored in Evian.

It was a worthwhile runout for Klopp’s side ahead of their final pre-season double-header against Athletic Club and Osasuna at Anfield on Sunday and Monday, with just over a week to go until the campaign begins.

A pair of hour-long friendlies against Bologna were designed to give as many players game time as possible, with a view to stepping up to full sharpness in time for the trip to Norwich.

In total, 13 players clocked 60 minutes on the pitch on Thursday, with 12 of those being outfield players.

The second game saw more changes from Klopp throughout, but Minamino, Ibrahima Konate, Curtis Jones and Alex Oxlade-Chamberlain all played 60 minutes in the 1-0 victory.

The significance of this comes with reaching closer to full fitness for the Premier League curtain-raiser, and given the personnel who clocked an hour, Klopp’s starting lineup against Norwich looks to be taking shape. 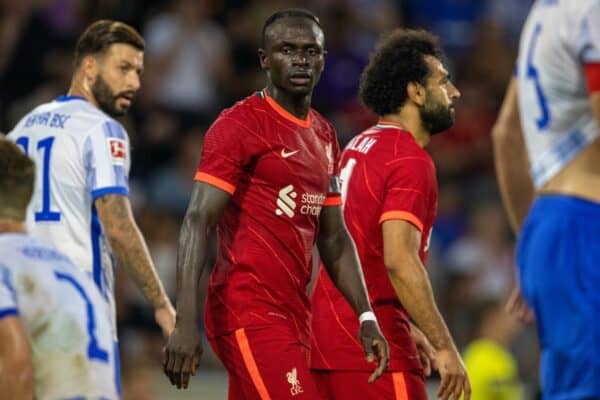 Alexander-Arnold, Konate and Matip are among the most-used players throughout pre-season, and could be joined by Robertson as the back four at Carrow Road.

There are question marks over the midfield setup, but it appears likely that Milner and Keita could join the returning Fabinho in the side for the start of the season, with Jordan Henderson and Thiago yet to feature.

Salah and Mane are guaranteed starters, with Jota expected to vie with Roberto Firmino for the starting spot up front.

The likes of Jones, Oxlade-Chamberlain, Minamino and Harvey Elliott – who failed to complete the hour on Thursday but is in the top 10 for minutes played in pre-season – are useful options from the bench given their fitness levels.

Meanwhile, given Alisson made his return to the starting lineup against Bologna, it seems certain that the Brazilian will be able to get up to speed in time to take over from Kelleher as first choice against Norwich.