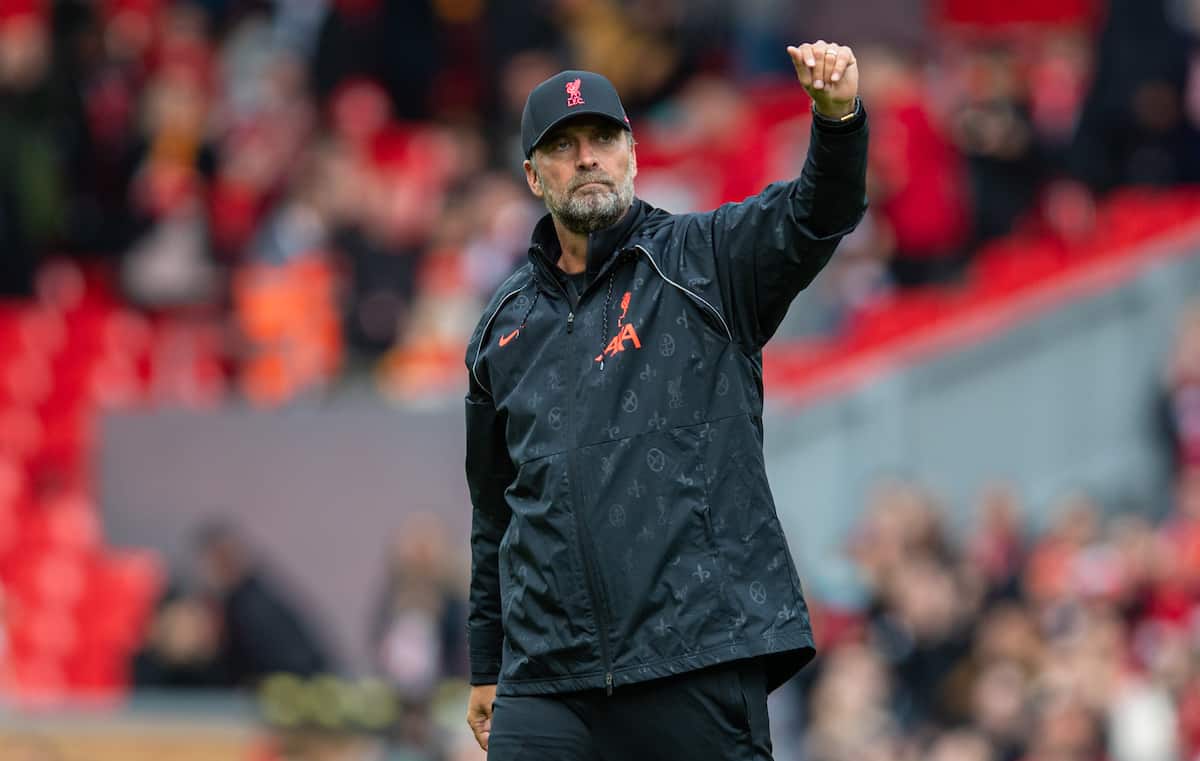 Liverpool manager Jurgen Klopp has given his full backing to the start of discussions over a potential return to safe standing on England’s football terraces.

It was announced earlier this week that trials will take place in the Premier League, starting in the new year, for some clubs to use safe standing areas at home matches.

The Reds will not initially be part of the investigation as they continue their own season-long look at the use of rail seats to allow standing at key moments, but the prospect is there for some sections of the ground to be standing in future.

Speaking ahead of the Brentford match, Klopp was questioned on his view of the developments – a particularly relevant opinion given the time he spent in front of one of the most famous stands in world football, Borussia Dortmund’s Yellow Wall.

Our boss was adamant that the time was right for talks and sensible approaches as to whether it can be brought back in England now, pointing out the improvements in both infrastructure and social understanding of responsibilities.

“In Germany there were a few discussions in the past, people thought we might have to change a little bit, we cannot have 27,000 fans in one stand, things like this,” he said.

“But the reasons why the Premier League changed it were good reasons. Things had to be reconsidered so now after quite a long time it’s a good moment to start to think about how can we get back to where we were.

“I’m pretty sure on The Kop people stand most of the time anyway! But it’s just good we talk about it, we might reintroduce it again, test it again and I’m pretty sure the people are now responsible enough to do it the right way.

“Especially now the stadiums are completely different to the time when really sad things happened. The construction is different, all this kind of thing.

“I like the idea, I’m really excited how much better the atmosphere could be at Anfield if we had safe standing.

“I’d be really surprised if it could be even better but I’m open for that so let’s see!”

Liverpool have installed 1,800 rail-seating seats in the back of the Kop this season, with another 6,000 due to be installed in the Lower Anfield Road End this season.

However, it was reported on Thursday that the Reds will not be taking up the option to apply for safe standing trials later this season.