In the two-and-a-half years since Curtis Jones made his Liverpool debut, his maturity and development have been clear to see, with his England coach also having taking notice.

The 20-year-old has once again grown in prominence under Jurgen Klopp after seizing his opportunity in the absence of Harvey Elliott, offering his versatility to the Reds’ midfield.

Jones has acknowledged that he doesn’t “go mad and run off with the ball and try to shoot and score now” having come of age both on and off the pitch.

As a trusted member of Jurgen Klopp‘s side, Jones has seen his responsibilities grow and while Liverpool are benefiting from his development so too are England.

Jones was called up to Lee Carsley’s England Under-21 squad this month following on from four consecutive starts for the Reds that returned a goal and three assists – with his influence at Porto extending beyond the stats sheet.

And it is has been his ability to show off both his discipline and attacking impetus that has impressed Carsley, proving just why he is capable of “being an all-round midfielder.”

“It has been no surprise how he has progressed at Liverpool. I have really enjoyed watching him recently playing in a number of positions,” Carsley said, via the Mirror. 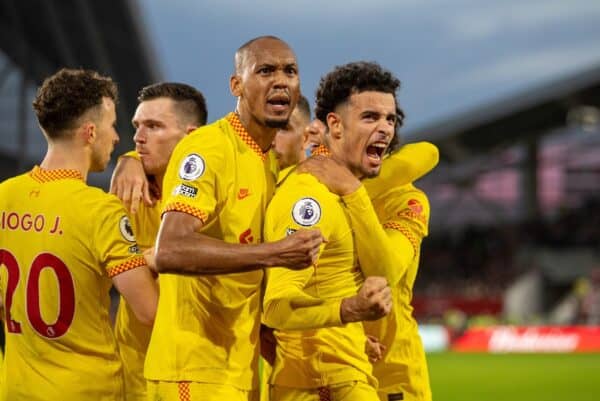 “His performance against Norwich playing as a holding midfielder, a No. 4 or a No. 6.

“You would associate Curtis with that real attacking intent that he plays with, whereas he was very disciplined that night and was able to show there is more to his game than dribbling and attacking.

“He shows he is very capable of being an all-round midfielder.

“It was noticeable on the last U21 camp after the Romania game got cancelled, Curtis was therefore not available for the Kosovo game and if anything he worked harder and tried to motivate the group more.

“So he is a team player as well, which is a brilliant philosophy for us. The more motivated the players can be, and motivate each other, it shouldn’t always be from the coach, is good for England.

“On and off the pitch he is a good guy but first and foremost he is an excellent player. His reaction to the team losing the ball is noticeable. The tempo he presses at too, a very exciting player.”

Jones will be able to feature for England’s U21s for the first time since March after receiving a ban for a red card, with a double-header against Slovenia (October 7) and Andorra (October 11).

Carsley was only appointed after the event following the departure of Aidy Boothroyd, but he has no concerns over Jones, whose competitiveness is clear to see.

“He doesn’t give me the impression he is a player who can’t control his emotions. He is highly motivated and wants to win and we encourage that,” he added.