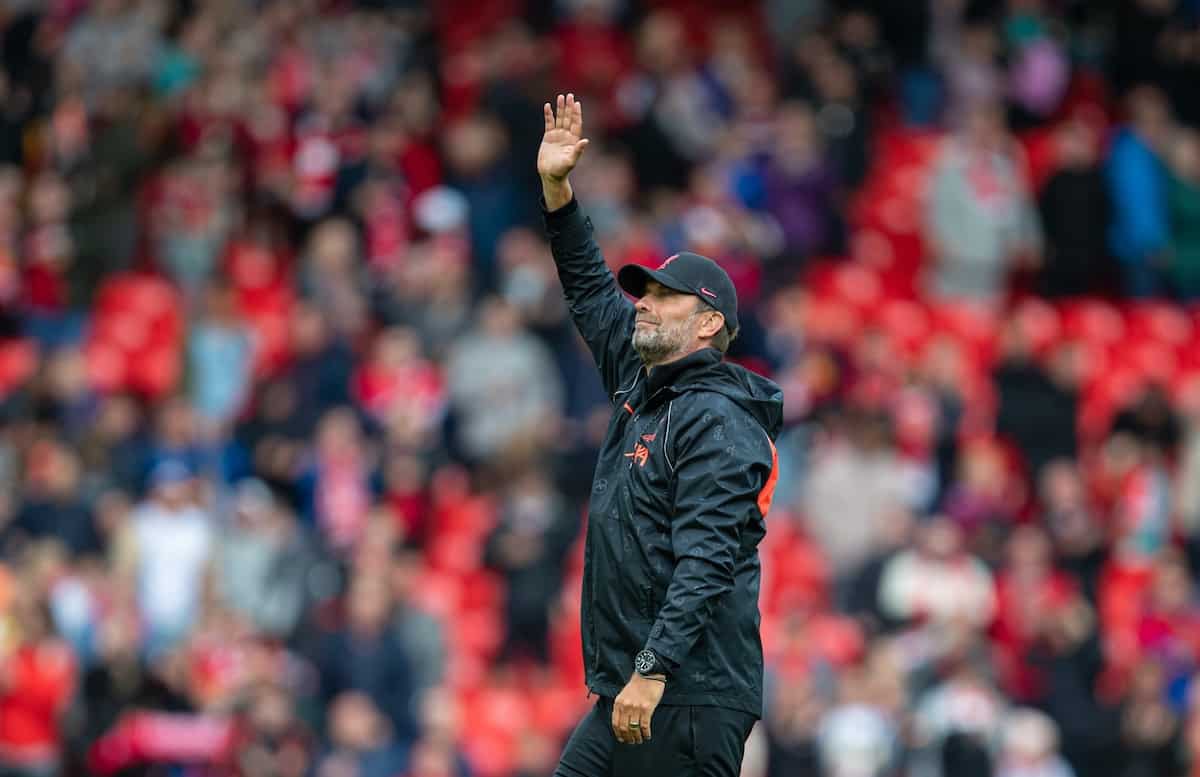 Jurgen Klopp told This Is Anfield that he is “not even with one toe in the period after my career” but the inevitable is never far from Reds’ minds.

And one journalist’s suggestion to balance the needs of all parties is certainly worth contemplating.

Klopp’s current contract with the club comes to an end in 2024, by which time he would have held the top job at Anfield for nine years – the longest of any of his management spells.

Having ended a 30-year wait for the league title and added the Champions League, Super League and Club World Cup to the cabinet, with the promise for much more, there’s no desire to ever see the German bid farewell.

A contract extension would be the hope for many but his desire to see the world with at least a year’s break upon the end of his time with Liverpool has already been promised with his family.

This is where the potential solution comes into play, with the Athletic‘s Simon Hughes proposing Klopp gets his time away from the game before making a return after a deserved break.

Hughes questions, “Would it be such an outrageous thing if Pep Lijnders or another member of his coaching staff stepped up for 12 months?”

It allows Klopp to have his sabbatical with an interim manager in place and the search for the irreplaceable pushed back beyond the current contracts of a host of his key figures – Andy Robertson, Fabinho and Harvey Elliott (2026) and Alisson (2027).

Adding to that, Hughes also notes the important contract situation surrounding Mohamed Salah, who has yet to agree to new terms beyond his current 2023, a year before Klopp’s deal runs its course.

It’s two-fold, the knowledge of Klopp returning to Anfield after time away lessens any simmering concern over Liverpool’s future beyond 2023 and 2024 and provides Salah with a visual of what a long-term contract at Anfield may look like.

Moreover, Man United are the perfect recent example of getting the transition wrong and Bill Shankly and Kenny Dalglish were both left to lament chances to return to their beloved club.

Hughes rightly says, “Maybe it will feel different a couple of years from now but, presently, it makes absolutely no sense for the club to let a manager who has delivered everything he promised and more slip away so easily.”

Nothing lasts forever but this is as good as a solution to keep the good times rolling.