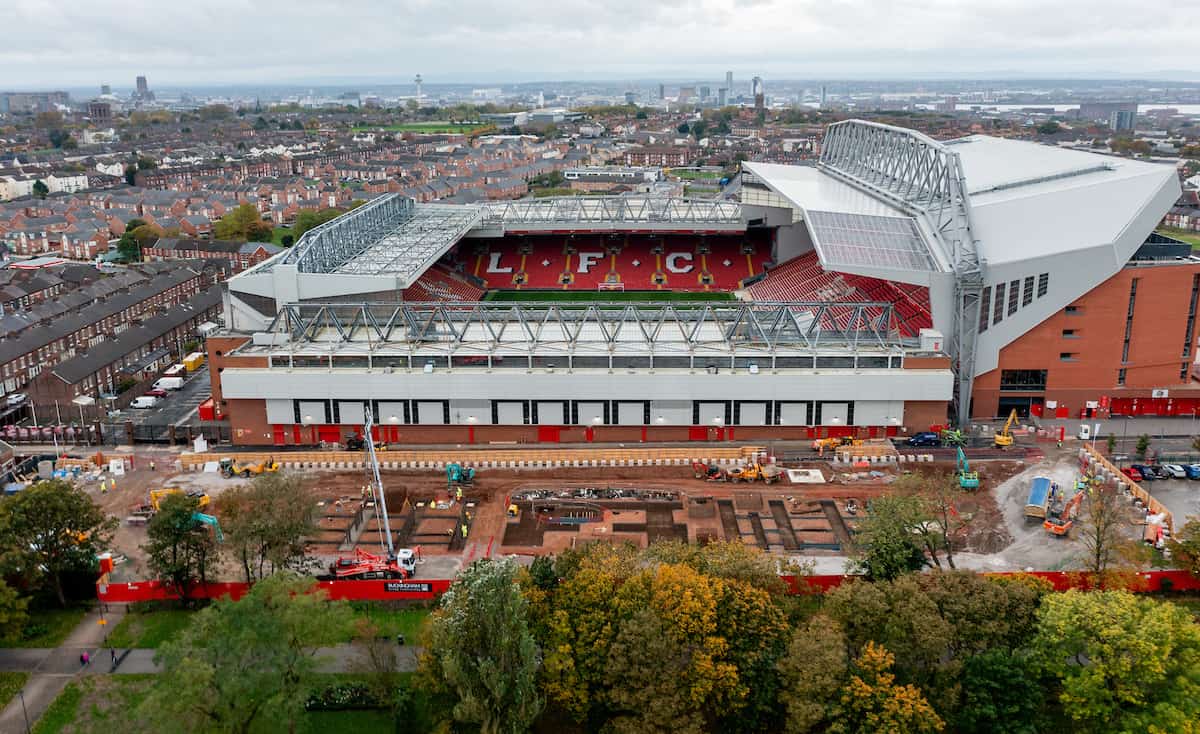 One month on from Liverpool’s ground-breaking ceremony for the new Anfield Road End expansion, excavation work on the outside of the existing stand is taking shape.

The club are pushing ahead with their long-awaited plans to add 7,000 seats to the Anfield Road End, following the successful expansion of the Main Stand in 2017.

An £80 million redevelopment, work is already underway after Jurgen Klopp took part in a ground-breaking ceremony in the September rain, getting a spade in the ground as he looks to experience the benefits of the expansion.

The Buckingham Group are the contractors behind the construction, with work scheduled to be complete in time for the 2023/24 campaign – currently set to be Klopp’s final season with Liverpool.

A month on from that ceremony, This Is Anfield can provide footage of the excavation underway outside the Anfield Road End.

In total, 7,000 cubic metres of reinforced concrete will be put into the ground underneath the new structure, which will be built outside the existing stand and joined on, as was the case with the Main Stand.

That process will take place throughout the winter months, with 4,800 tonnes of structural steelwork then installed as the framework of the stand. 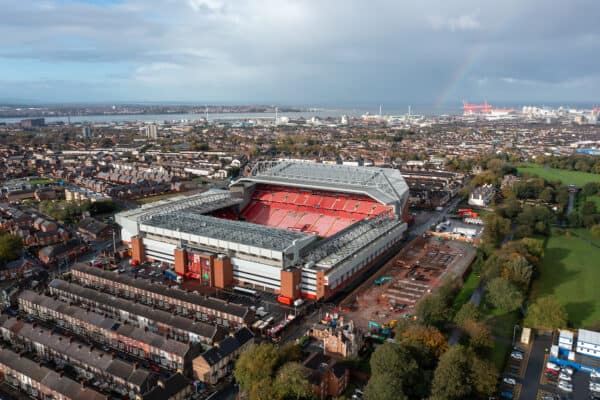 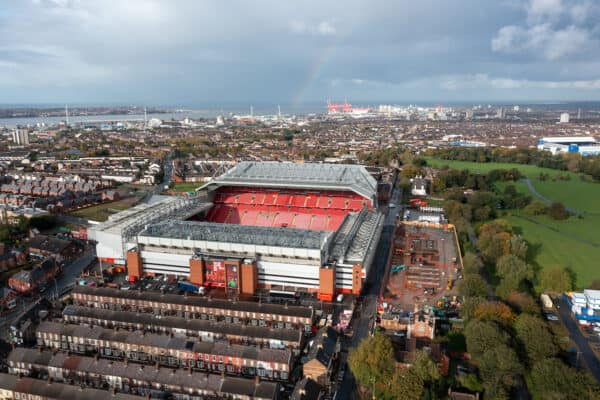 Work is on schedule, with no speedbumps in the process so far due to the high standard of soil in place around the Anfield Road End. 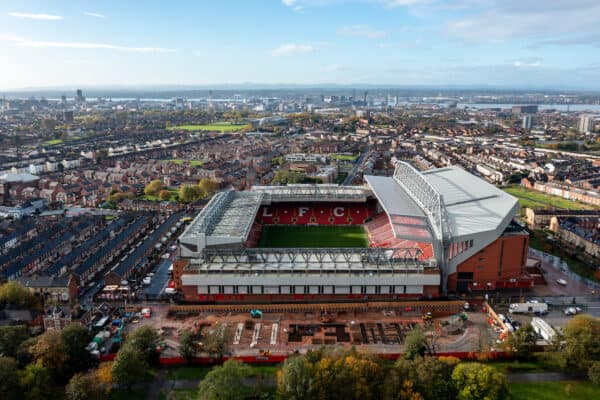 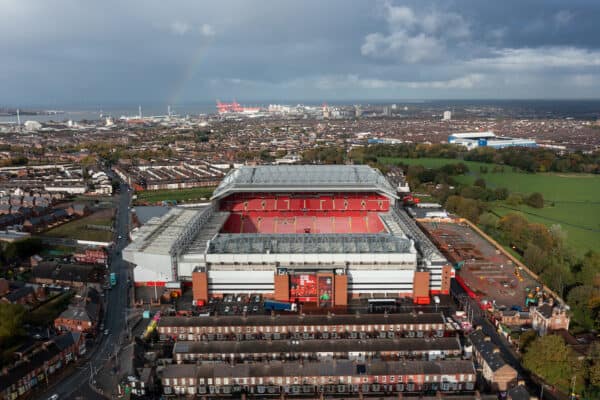 Unrelated to the redevelopment, Liverpool are currently installing around 6,000 rail seats into the lower tier of the Anfield Road End, which accommodates both home and away fans.

There are already 1,800 rail seats located at the back of the Kop, with the club undertaking a trial of the process as a possible long-term solution to persistent standing.

That will not impact the expansion of the stand, with the installation of rail seating taking place at intervals between home games and during the upcoming international break.

New branding has also been produced for the Anfield tunnel, with ‘You’ll Never Walk Alone’ replacing the slogan ‘This Means More’. 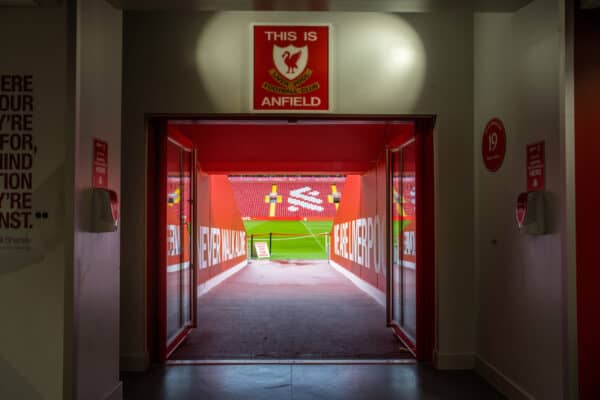 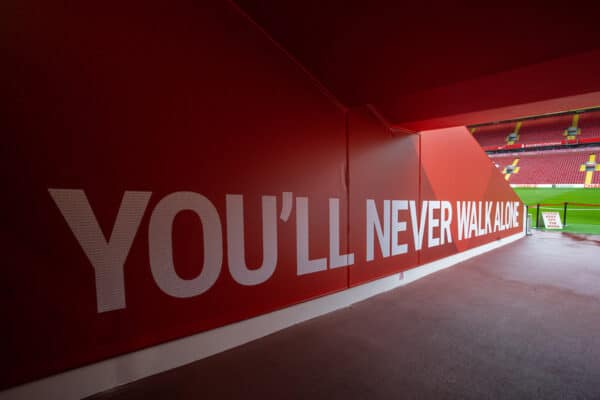 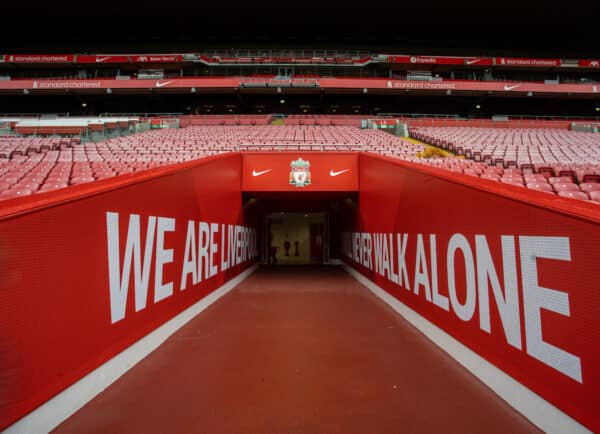 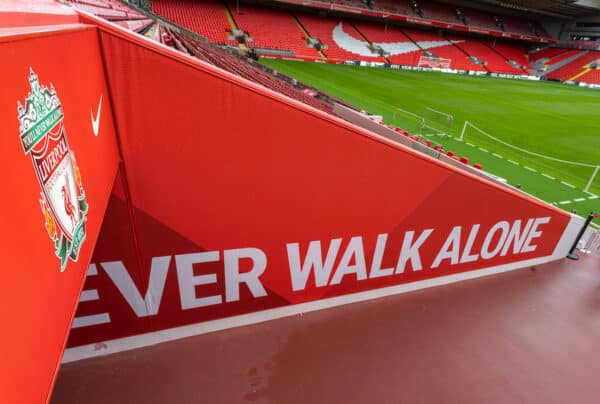 Liverpool are set to play seven more home games before the end of the year, including three in a row this month and the League Cup quarter-final against Leicester in December.