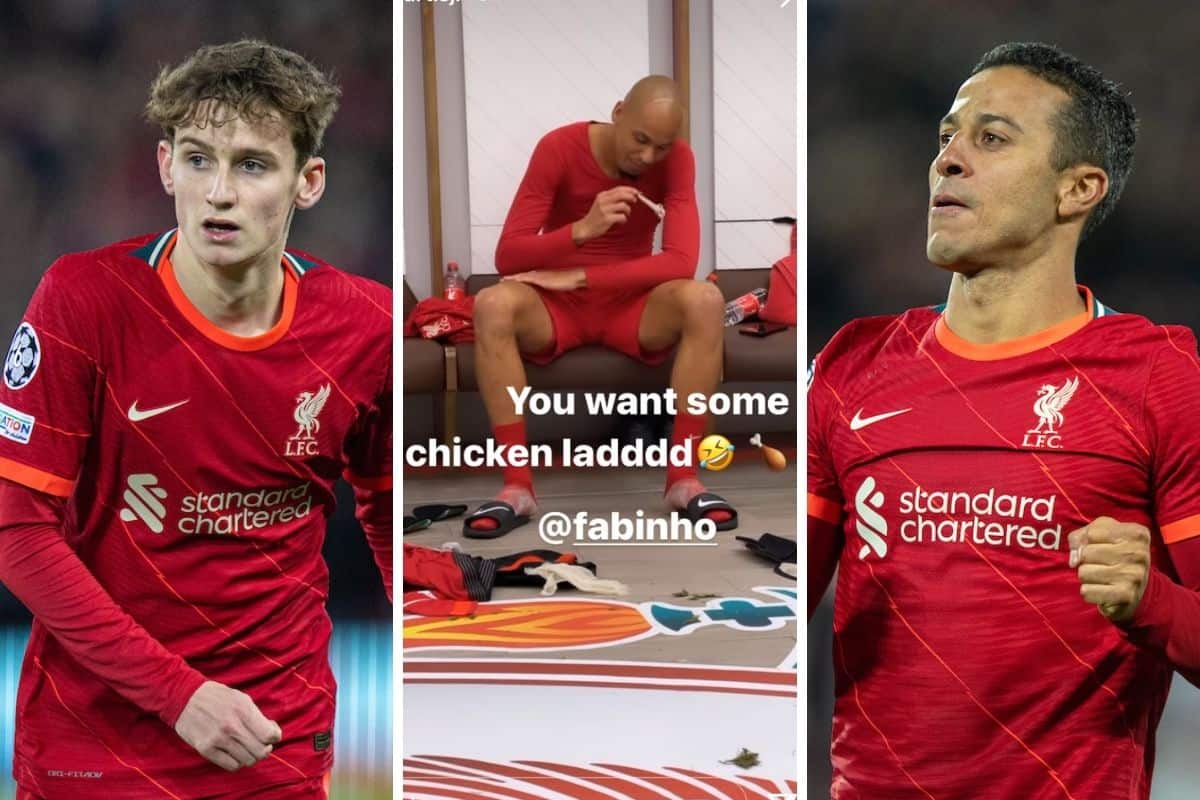 There was a lot of love for Tyler Morton and Thiago as Liverpool celebrated yet another win in the Champions League, with spirits certainly high after two unanswered goals against Porto.

It was never going to be a raucous night at Anfield such was Liverpool’s position in what was coined the group of death, but that it was a dead rubber did not put a stop to a victory.

The occasion was made sweeter by a Champions League debut for Tyler Morton, just days after his first in the Premier League and he had a front-row seat to all the action.

And while it might have taken until the second half for the Reds to find the net, when they did, they did it in style.

Thiago set the bar with a remarkable effort on the half-volley that left Adrian‘s jaw dropped and Ibrahima Konate‘s hands on his head in disbelief before Mohamed Salah also got in on the act.

Morton played a pivotal role in the second goal before the No. 11 and Jordan Henderson combined with devastating effect, leaving plenty for the 19-year-old to smile over after the 90 minutes.

“Genuinely, every minute [was my favourite moment]. I loved every minute of it, especially walking out and looking up and seeing everyone and clapping the fans at the end,” Morton said.

“That’s what I’m here for and that’s where I’m striving for and to get applause at the end off all the fans, that’s what I want and why I want to play for this club.”

And there was plenty of love sent his way after the match, from Jordan Henderson, Harvey Elliott, James Milner and Andy Robertson:

The 19-year-old himself was left saying there are “no words describe how much it means to me” as he once again lived out his boyhood dream:

Neco Williams, one of the four changes to the XI, enjoyed his night under the Anfield lights, as did Konate and Alex Oxlade-Chamberlain:

And Thiago received the adulation of his teammates as he shared in his post-goal delight, one that will be talked about for years to come:

The result is one that pushed Liverpool’s lead in Group B to 10 points, an astounding total with one game still to play.

History beckons if the 100 percent record is maintained against AC Milan in Italy but before then, the Reds have three all-important Premier League wins to secure – let’s get to it!