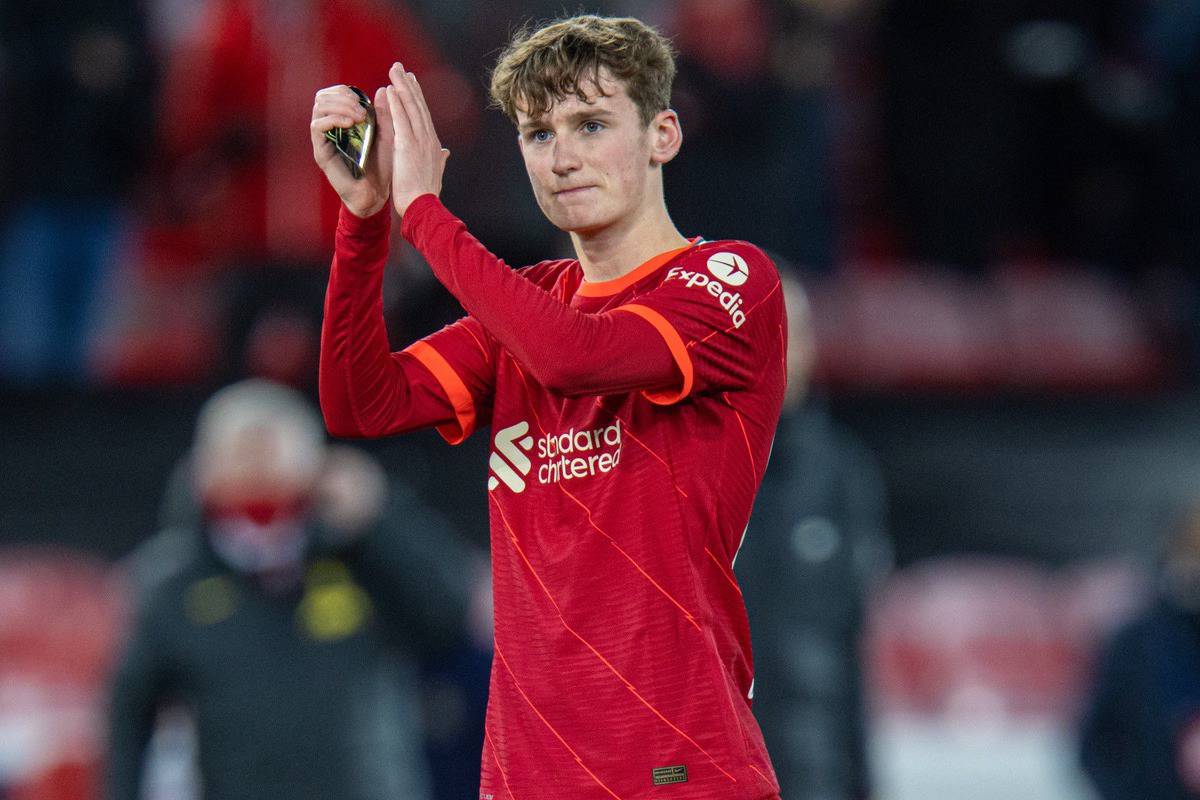 Fresh from making his Premier League debut, Tyler Morton added the Champions League to his list of firsts just four days later and he “loved every minute of it.”

The 19-year-old has enjoyed a breakthrough all young academy players hope for, ticking off his club, Anfield, League Cup, Premier League and Champions League debut within the space of two months.

The faith from Jurgen Klopp in Morton is clear and while he will be eager to manage expectations, the manager will know he has an exciting prospect on his hands.

One fans got to see at Anfield from the start for the first time against Porto, with Morton tasked with the crucial No. 6 role nestled between Alex Oxlade-Chamberlain and Thiago.

What followed was a tidy performance nestled on a composed foundation in tight spaces and in the tackle, with his clearance at the Kop-end rightly garnering applause.

And for Morton, it was his midfield partners who he applauded for their trust in him and their guidance, which is helping to make him a better player.

“Them two [Ox and Thiago] were quality with me. I can’t speak more highly of them because of how they took me into their stride,” Morton told the club’s official website. 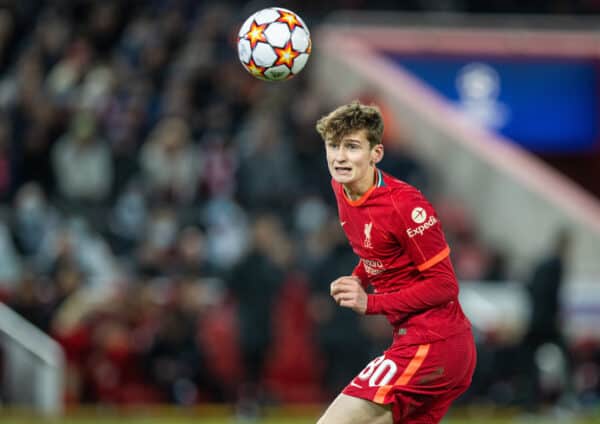 “It’s not easy having a 19-year-old lad come in and play with them, especially behind them and trust in them.

“I felt I got a lot of trust from them and I was really happy with that and the way they speak to me is improving me every day.”

And the teenager was humble in his assessment of the experience but eager to stress that he is open and ready to any and all opportunities that come his way with the senior side.

“I didn’t find out until yesterday [Tuesday] that I was fully playing, but I’m ready whenever,” Morton added.

“If I’m on the bench or I’m playing, I’m ready whenever so I’ll take every game as I’m starting, to be honest.

“I’m not unbelievably experienced in the No. 6 but I am experienced at other levels, not the first team, and coming in it always takes time to adapt. 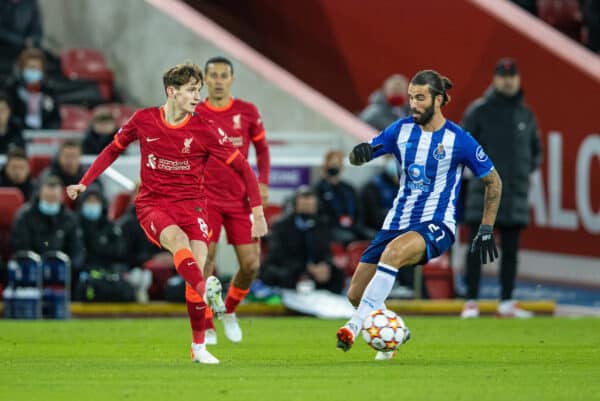 “I adapted well to the game and I thought as it went on I got better and I was happy with the performance.”

But what about his favourite moment from his Champions League debut?

“Genuinely, every minute. I loved every minute of it, especially walking out and looking up and seeing everyone and clapping the fans at the end.

“That’s what I’m here for and that’s where I’m striving for and to get applause at the end off all the fans, that’s what I want and why I want to play for this club.”