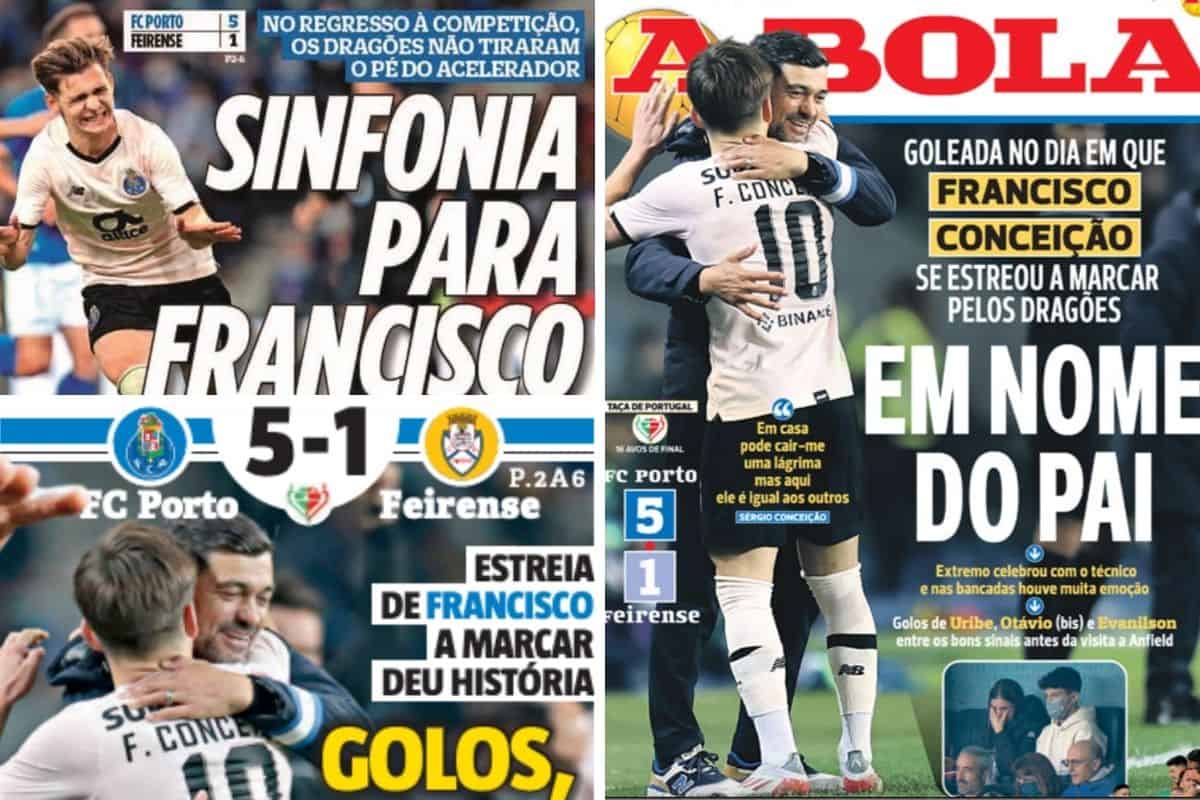 On the day Liverpool flexed their muscles on the pitch, Porto did the same with their Champions League meeting at Anfield looming large.

The two clubs head into the fifth matchday of the group stage in contrasting positions when it comes to Europe’s premier competition.

While the Reds are already confirmed as group winners thanks to a 100 percent record, Porto are in second place and only one point ahead of Atletico Madrid, meaning they have everything to fight for.

And they warmed up for the clash in style thanks to a 5-1 win over Feirense in the fourth round of the Taca de Portugal, with four different players on the scoresheet.

Francisco Conceicao was one such player, the 18-year-old son of manager Sergio Conceicao, netting the fifth from the penalty spot, his first in the senior side.

Mateus Uribe, Evanilson, Conceicao and a double for Otavio made sure of the result, but the withdrawal of the latter due to a lower leg injury will be cause for concern for the manager.

Otavio was only one of four players to retain their place from Porto’s 3-0 league win that came before the international break, with Conceicao keeping his side fresh for the trip to Anfield.

Marko Grujic was one such player who did not make the XI, nor did goalkeeper Diogo Costa, Pepe, Joao Mario, Oliveira or top goalscorer Luis Diaz – with the latter duo only getting less than 30 minutes from the bench.

One would expect most, if not all, to return to the XI on Wednesday to face what will be a Liverpool side injected with a handful of fresh faces as Jurgen Klopp already explained mass changes are not in the reckoning.

Since the last meeting with the Portuguese outfit, they have gone on to win seven and lose just one of their last nine games, conceding eight in the same time the Reds have let in nine.