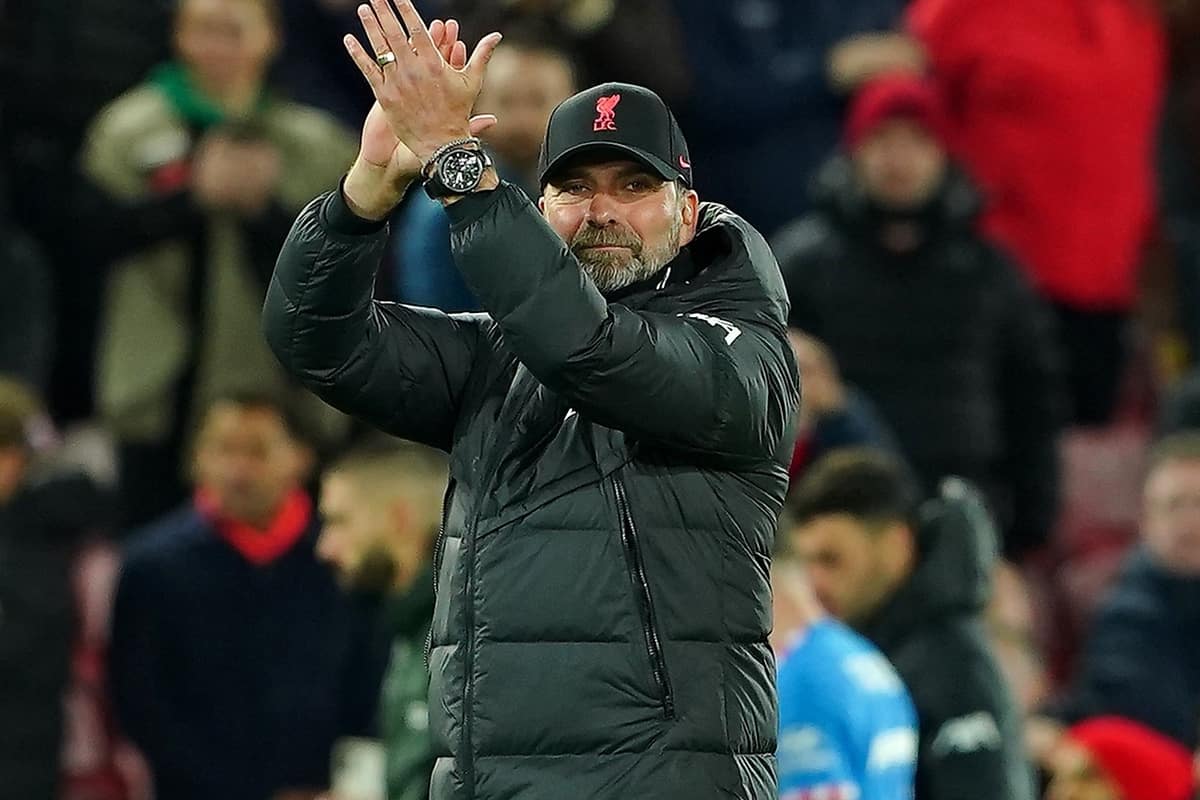 Liverpool have already earned £31 million through their efforts in the Champions League this season, with another £4.7 million at stake against Porto and AC Milan.

The Reds booked their place in the last 16 with a 2-0 win over Atletico Madrid on Wednesday night, with £8.14 million awarded to clubs who reach the first knockout stage.

Another £13.26 million had already been banked with their involvement in the group stage, and with Liverpool safely into the last 16 as Group B winners, it had been assumed that Jurgen Klopp could rotate in the final two games.

However, speaking to BT Sport after the victory over Atletico, Klopp pointed to the £2.37 million at stake for every group stage win when it was suggested he could “experiment” against Porto and Milan.

“You know, you earn a lot of money if you win Champions League games,” he said, with £9.49 million already accrued from the four wins.

“Not me personally, it’s just for the club it’s important. So that’s what we will do.

“But we did it and now we have two more games to go.

“One is against Porto, a home game. We are Liverpool, in a home game what can we do? Say ‘let them play’ or whatever? We have to see.

“Then going to Milan, I’ve never been there, it’s a historical one, so we will show up there as well. That’s the situation.

“When I saw the group I didn’t think, didn’t expect, that we would be through after four games. But the boys did it and really well-deserved.”

Speaking in his post-match press conference, Klopp elaborated on the situation further, though this time his focus was on rewarding supporters by not fielding a “half-cooked dish.”

“The next one is at home, the game after that is at the San Siro in Milan – I’ve never played there – so I’m really excited about that,” he said.

“So we will play, at home and there, real football.

“Can you imagine we play against Porto at home, the crowd is really coming in from all over the world to watch the game, and you offer a half-cooked dish?

“That’s pretty much not how it would be. We go for it, we want to win football games, that’s all.

“Sometimes you can qualify for something, sometimes not. It’s still the same thing: you play a game, you want to win it, show it.”