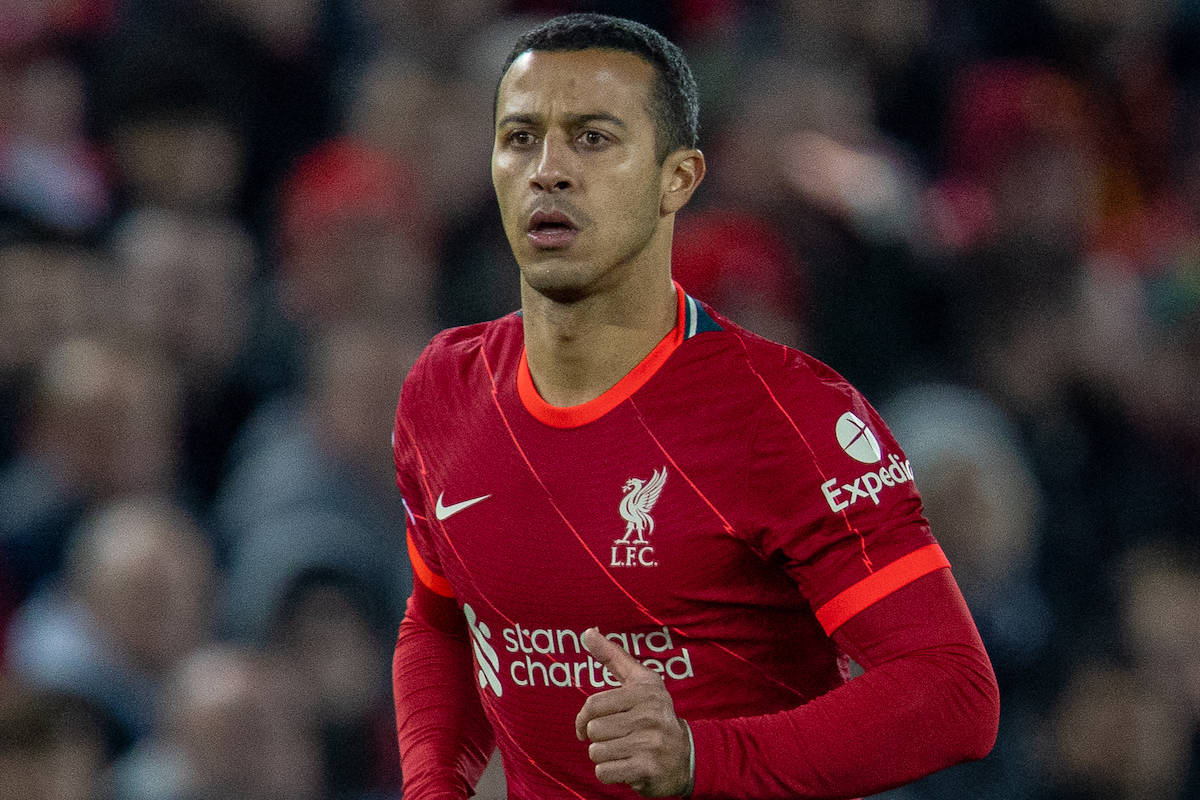 Thiago has dismissed speculation linking him with a move back to Barcelona, insisting that he “100 percent made the right choice” in joining Liverpool in 2020.

In his own words, Thiago‘s time with the Reds so far has been “very interrupted,” with a bout of COVID-19 and a series of injuries keeping him from a consistent spot.

The Spaniard returned from a calf injury to make his first start in two months in Saturday’s 4-0 thrashing of Arsenal, and is likely to keep his place for the visit of Porto in midweek.

His involvement in the pre-match press conference is a big indication that Thiago will start in the dead-rubber clash, and during his time with reporters he fielded questions on his future.

Earlier this month, the 30-year-old was touted with a return to Barcelona following the appointment of his former team-mate, Xavi, as manager, but he is not thinking of an early exit.

“As I am always, as I always have been, I’m a guy who plays football, I’m not concerned about the rumours,” he said.

“I’m focused on the duty I have with my team, the years that I have on my contract with my team.

“I just want to know about this, about this new adventure that I have here in the Premier League, try to win all the trophies that I can, and my compromise is maximum with this team.” 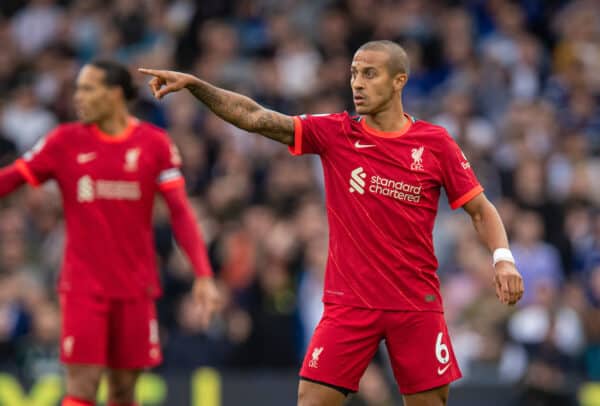 The difficulty Thiago has faced since swapping Bayern Munich for Liverpool last year has been considerable, but there is no element of regret for the midfielder.

“No, 100 percent I made the right choice, the right move,” he said, when asked whether he ever questioned his decision.

“You never know, because at the end, the injuries stop your frequency of playing, your [ability] to know much more about how your team plays on the pitch.

“Because you can watch football every time, the theory is awesome, but the practice is even better.

“I don’t know, I hate that, not just me, but [that] my team-mates got injured. It’s a pity that football has it, but it’s a part of our job, it’s a part of life.

“We just, when we are fit, have to have as high performance as we can.”