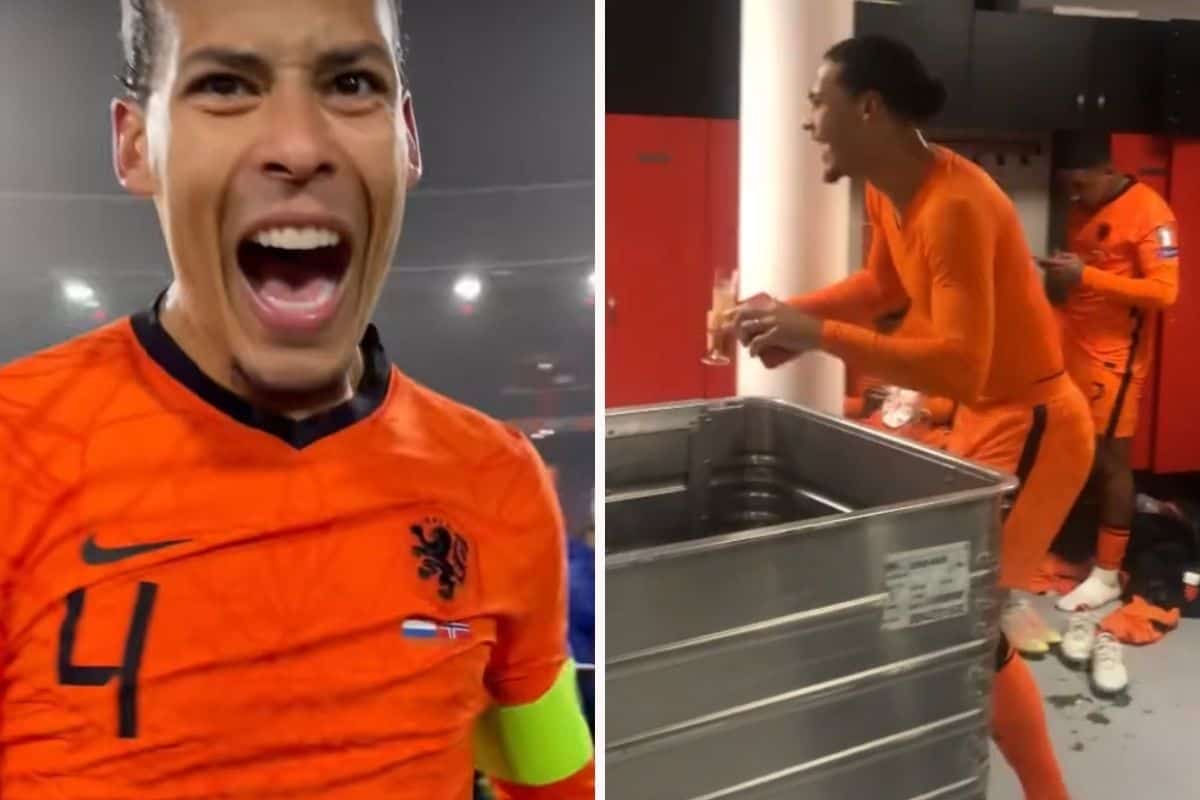 Virgil van Dijk is to experience his first major international tournament in 2022 after the Netherlands booked their place at the World Cup in their final qualifier.

Having missed the European Championships over the summer as he continued his recovery from his ACL injury, Van Dijk’s run without an appearance in a major competition for his country continued.

Only four Dutchmen have played more than Van Dijk’s 44 caps without featuring at either a World Cup or Euros, but the Liverpool man won’t be adding himself to the list.

That’s because the Netherlands secured an automatic place thanks to their 2-0 win over Norway on Tuesday evening, a fixture they played behind closed doors due to a lockdown in Holland.

Louis van Gaal’s side needed at least a draw to make sure of their qualification after letting a two-goal lead slip against Montenegro last time out.

And Norway made it a somewhat nervy occasion as they needed a victory to make it to the World Cup play-offs, but two goals from the Netherlands in the last 10 minutes of the game took that chance away.

It was the second successive 90-minute outing for Liverpool’s No. 4 during the break but the final whistle this time around triggered an outpouring of joy from the Dutch captain.

Celebrations from the pitch extended into the dressing room and it ensures he will return to Liverpool full of confidence ahead of club football resuming.

Van Dijk will now have to wait a year to take part in the competition, which will be the Netherlands’ first appearance in a World Cup since 2014.

He joins teammates Trent Alexander-Arnold, Jordan Henderson, Divock Origi, Alisson, Fabinho and Roberto Firmino in seeing their respective countries qualify, with a handful now set for another round of playoffs.