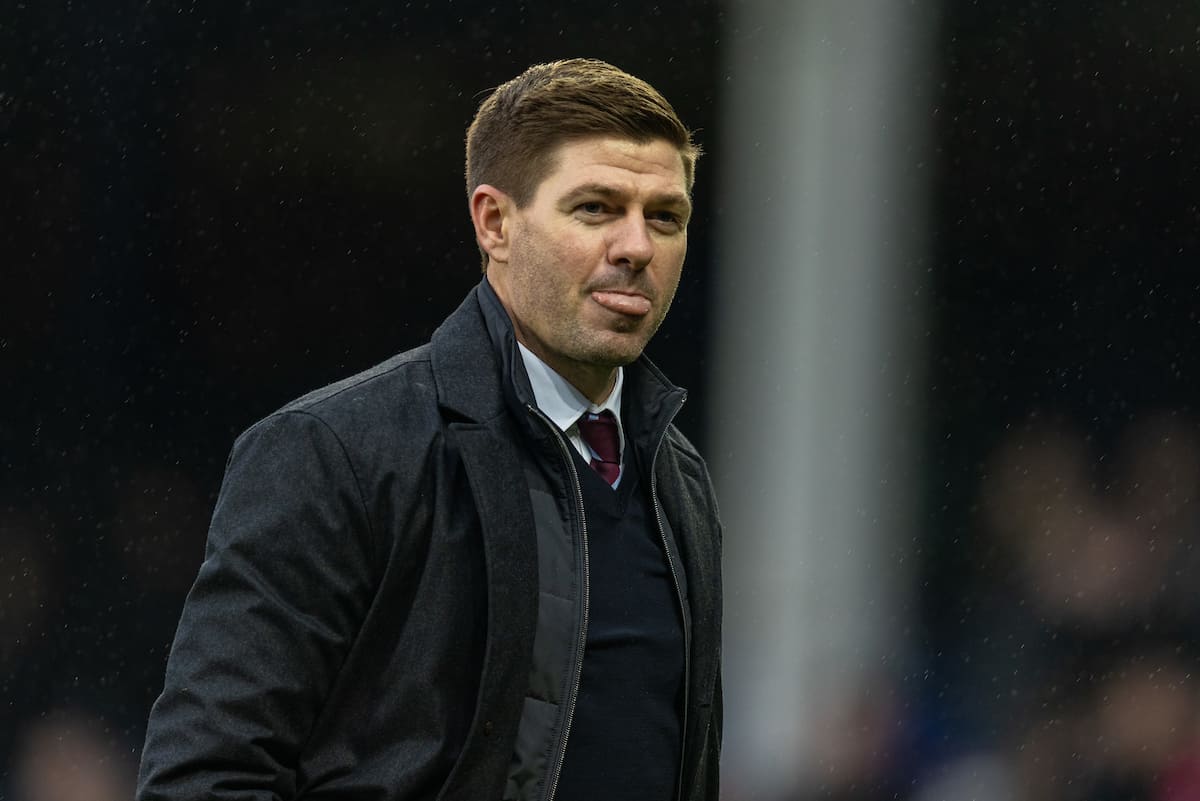 Steven Gerrard took to Goodison Park for the first time in his managerial journey and was subject to the expected reaction, which he met with ice-cold indifference.

Gerrard is no stranger to heaping misery on the Blues, with his playing career ending with 17 victories from a total of 35 games.

Add to that 10 goals, the second-most against a single opposition throughout his prestigious career, and you have a figure who is no favourite for those at Goodison Park.

Now as Aston Villa manager, Gerrard met Everton for the first time on the other side of the white line and he continued from where he left off as a player.

Make no mistake, Steven Gerrard is fully up for this! ? pic.twitter.com/zW7wmr3Gxf

That was thanks to the sublime headed goal from Emi Buendia on the cusp of halftime, and making his way to the temporary away changing room for the break Gerrard engaged in an ice-cold stare down.

With Everton fans offering their thoughts, Gerrard and his coy smile sauntered across the pitch and he remained as the one to have the last laugh as Villa held on for a 1-0 win.

The result keeps Everton on just 19 points from 19 games with Duncan Ferguson currently in the manager’s seat after Rafa Benitez’s departure, whilst Villa sits in 13th position with 23 points after 20 games.

As he did as a player, Gerrard thrives on atmospheres such as these, as seen at Old Trafford earlier in the year, and that will never change.