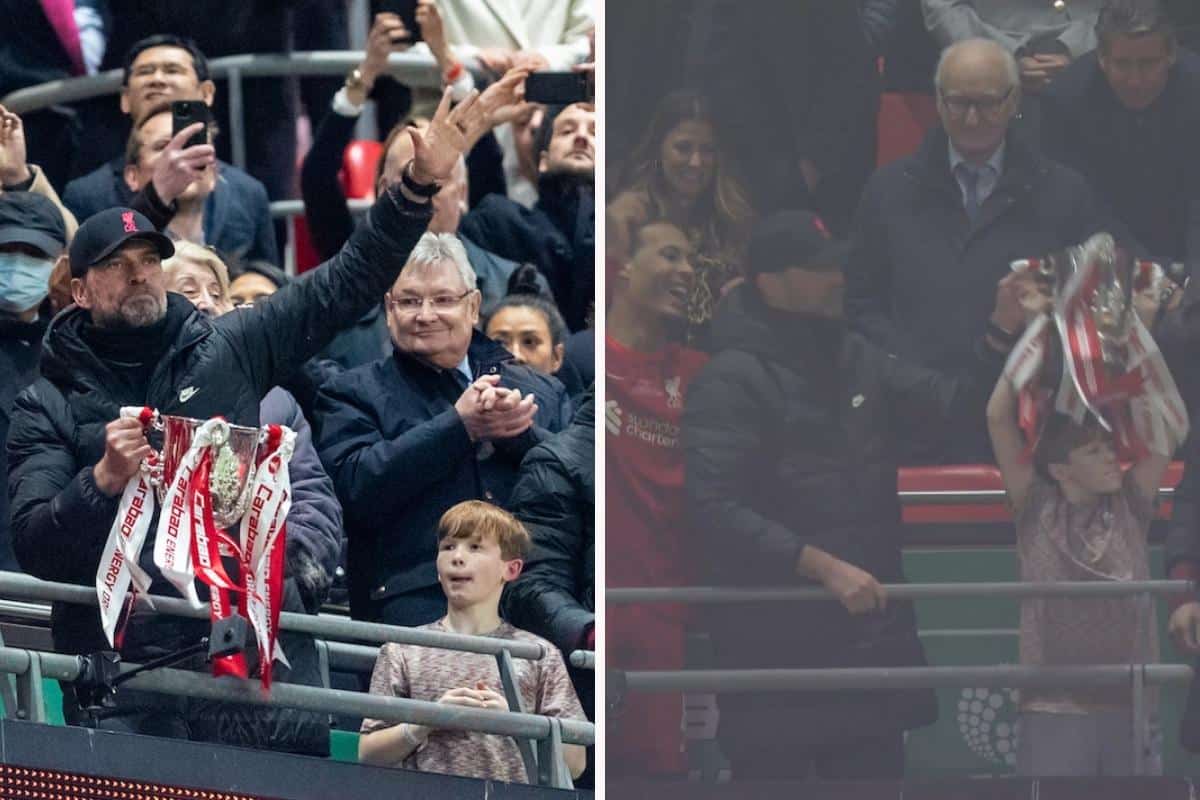 Alongside Jurgen Klopp and the 20 members of his matchday squad was one proud and overjoyed kid as he got his hands on the League Cup trophy, but how did he get there?

After a battle of attrition that went the distance, Caoimhin Kelleher was the one to put the final nail in the coffin as Kepa Arrizabalaga’s attempt was more appropriate for rugby.

Liverpool were the ones to then ascend the Wembley steps, meeting in the middle before Jordan Henderson pulled out his trophy shuffle.

With the League Cup passed from one player to the next, by the time it reached Jurgen Klopp and Alisson on the other side there was a notable presence that was somewhat out of place.

? "It was the best experience of my life."

Liverpool fan Beau Brown on the moment during the Carabao Cup celebrations where he was invited to join the squad and lift the trophy himself pic.twitter.com/f02mbxFeyH

A gleeful-looking little boy, who the manager “didn’t know” but came into the scene seemingly due to Alisson‘s intervention.

“Ali brought him over and his dad was shouting let him touch the trophy,” Klopp said after the trophy lift to Sky Sports.

They did, of course, let him get his hands on it after both the boss and the No. 1 had their turns and he duly revelled in the moment, as he ought to have!

Virgil van Dijk and Mohamed Salah were just two of the gleeful onlookers for the moment as he was even given a little boost from Alisson before being reunited with his family.

The Brazilian then made sure to stay and have a little chat with the lad, ruffling his hair and giving him a handshake as he then joined the rest of his team to take the celebrations pitchside.