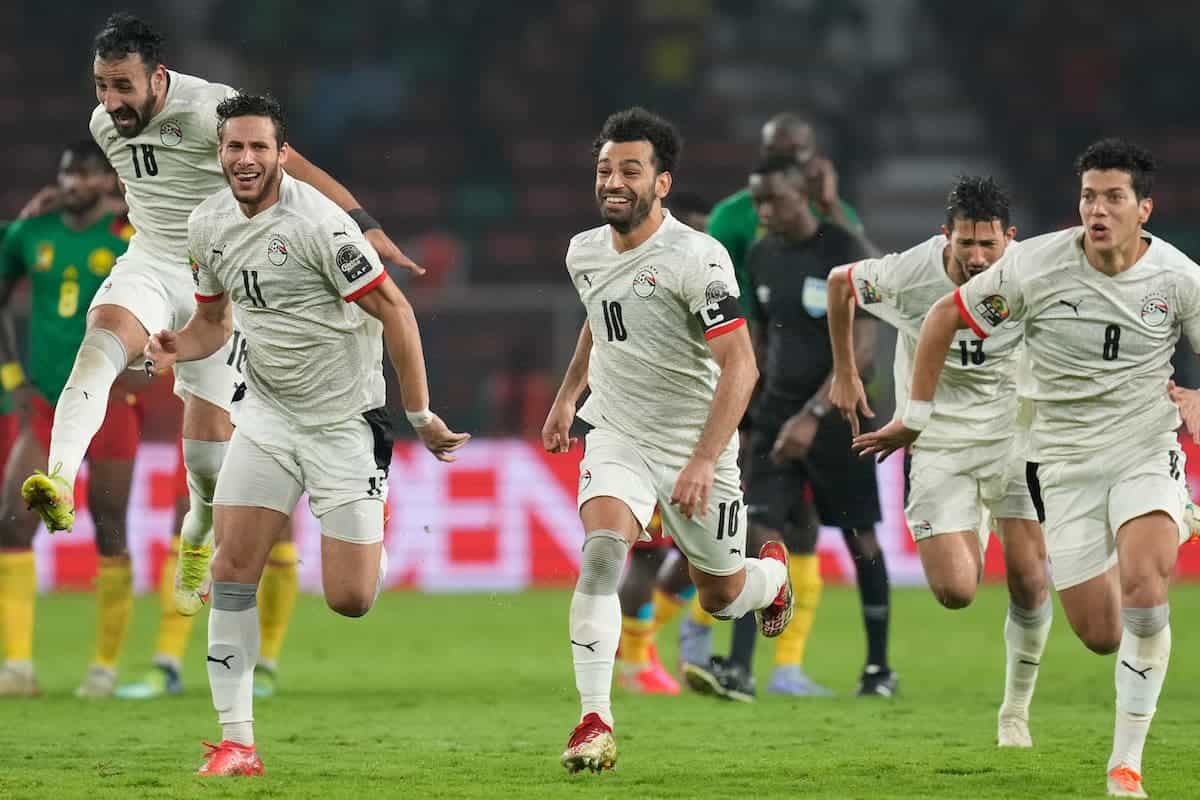 Mohamed Salah is to meet Sadio Mane in the Africa Cup of Nations final after Egypt knocked out hosts Cameroon in a penalty shootout after 120 minutes passed without a goal.

Having watched on as Mane confirmed his place in the AFCON showpiece with a goal and an assist to his name on Wednesday, it was then Salah’s turn to help guide Egypt to the final.

Hosts Cameroon were the hurdle Salah and Co. needed to clear and both arrived in the semi-final with four wins from five games, albeit Egypt had a defeat to their name.

Salah lined up on the right wing alongside Mostafa Mohamed and Omar Marmoush and was given extra motivation pre-match by bizarre criticism from Cameroon captain Vincent Aboubakar.

He had an effort that curled over the crossbar in what was a first half dominated by Cameroon and grew into the game as Egypt found their feet early in the second 45.

But a glorious chance was wasted when bearing down one-on-one with Cameroon’s onrushing goalkeeper, with a rare poor touch snuffing out the chance with the goal gaping.

Egypt will have to see this through without their manager on the touchline as Carlos Queiroz is sent off! ?

This is heading to extra-time with both teams unable to find a breakthrough in regular time! pic.twitter.com/NHVLPDx1W2

With further chances not forthcoming, extra-time beckoned and it was played without Egypt manager Carlos Queiroz after being dismissed from the technical area for two yellow cards – let’s say he was a little too enthusiastic.

Despite this being their third game in a row sent to extra time, Egypt were the team pushing for a winner but Salah found time and space hard to come by, keeping him to two goals and an assist in the tournament so far.

And Salah needn’t even make the long walk to take a penalty in the shootout as Egypt’s Gabaski made two decisive saves before Cameroon’s final spot-kick was fired wide of the upright to end 3-1.

Heartbreak for the hosts as Clinton Njié misses the decisive penalty to send Egypt's into Africa Cup of Nations final to face Senegal! ? pic.twitter.com/YONpmjM775

The victory means it will be a Mane vs. Salah final, dividing Reds all over the world as the two go head-to-head on Sunday – and it won’t be the last time this year thanks to a World Cup qualifier.

The match will take place at 7pm (GMT), hours after the dust will have settled at Anfield for the FA Cup meeting with Cardiff.