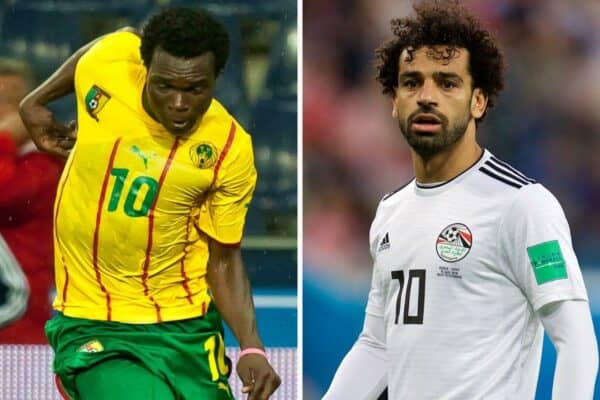 Cameroon captain in strange criticism Mo Salah: “He doesn’t impress me much”

Vincent Aboubakar has issued some bizarre “honest” criticism of Mohamed Salah ahead of Cameroon’s clash with Egypt in the Africa Cup of Nations semi-final.

Cameroon captain Aboubakar is the leading goalscorer at this year’s tournament, with six goals for the hosts so far, leading his country to the semi-finals.

There, they will take on Egypt on Thursday night, with a place in the final against Sadio Mane‘s Senegal at stake.

Ahead of the tie, Aboubakar – who was part of the Porto side that drew 0-0 with Liverpool in 2018 – gave an interview with French outlet RFI, in which he was asked about Salah.

The 30-year-old compared the player he came up against in the AFCON final in 2017 with the one who is widely considered the best in the world today, insisting: “He doesn’t impress me much.”

Aboubakar claimed Salah is not at the level of Paris Saint-Germain’s Kylian Mbappe and that he “doesn’t produce a lot of stuff in the game.”

“I say it clearly because I’m an honest person and I have my way of seeing things,” the Al Nassr striker said.

“If he impressed me, I would say so. But he doesn’t impress me much. He’s a good player, he scores a lot, but he doesn’t produce a lot of stuff in the game.

“Of course, he’s doing good stuff in the Premier League because he’s been in a team that’s been there for years.

“He’s a good player but not at the level of some like Mbappe.”

It is a strange angle to take from a player who, at only five months older than Salah, has opted to play in Saudi Arabia rather than one of Europe’s top five leagues.

While Aboubakar has shone at the Africa Cup of Nations, he is hardly qualified to criticise a talent of the magnitude of Liverpool’s No. 11, and it could come back to bite him in Yaounde.

He has, effectively, done Carlos Queiroz’s team talk for him, the Egypt manager able to pin his comments up on the dressing room wall ahead of kickoff on Thursday night.

There is always room for debate when it comes to the best players in the world, but it is almost universally agreed that Salah is of that highest calibre.

And that he “doesn’t produce a lot of stuff in the game” is a myth; Salah showed that in the quarters against Morocco, and will be looking to do so again when he takes on Cameroon.