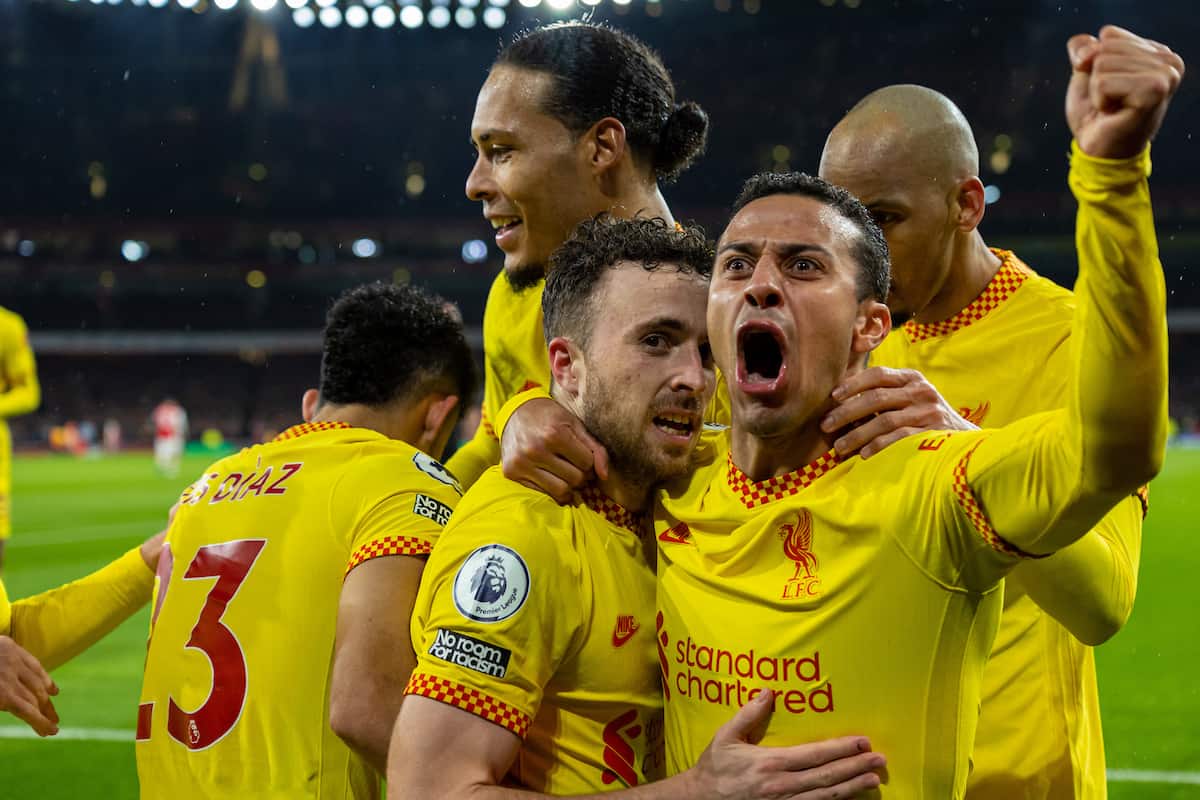 Liverpool produced a victory of champions, seeing off a strong Arsenal side despite not playing well, with two goals in eight minutes providing the victory.

This was a fixture between two of the most in-form teams, Liverpool with eight consecutive league wins and Arsenal with five in a row themselves.

Jurgen Klopp had mentioned pre-match that he hadn’t been happy with the way his side had started in recent games and they began on the front foot, forcing three corners in the opening two minutes.

But beyond that, they failed to control the game or create chances against an organised Arsenal side who looked a different proposition to the three previous encounters between the sides this season.

The best chance fell to Sadio Mane right on half time when Trent Alexander-Arnold played a delightful ball over but Mane failed to make an effort on goal.

Klopp was extremely animated on the touchline, not happy with what he’d seen in the opening 45 – and sent his players back out early for the second half.

Arsenal continued to dominate though immediately after the break and Alisson was forced into a superb save to deny Martin Odegaard after an awful back pass from Thiago.

Klopp was about to show his displeasure by making two early subs, with Mo Salah and Roberto Firmino ready to come on, but completely against the run of play the Reds took the lead. 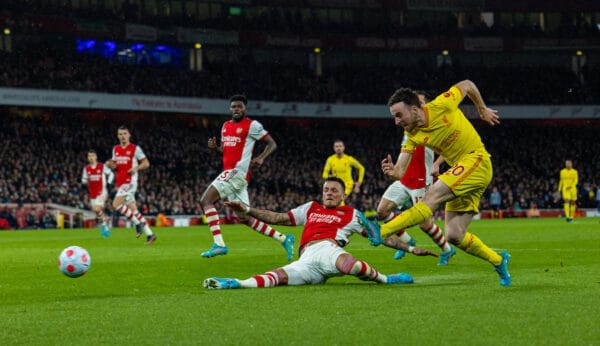 Diogo Jota was one of those about to be subbed and his last touch was to fire past Aaron Ramsdale at his near post. It was from a lovely pass by Thiago for the assist down the left channel, awful goalkeeping mind. Jota’s fourth goal against Arsenal this season.

Salah and Firmino immediately came on, replacing the goalscorer and Luis Diaz.

And it was Firmino who made it 2-0 within eight minutes as Liverpool showed the absolute resilience and quality of champions.

The No.9 provided a lovely deft finish after some superb work by Robertson to win the ball back then play the ball across the six-yard box. 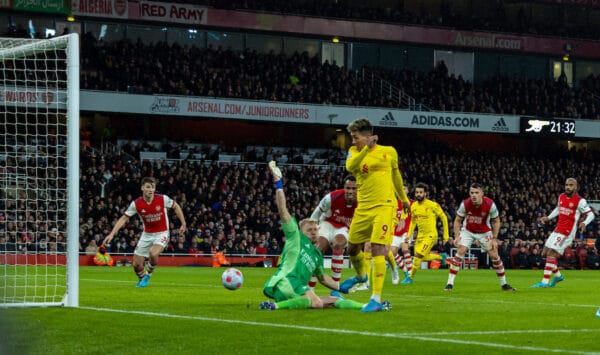 Liverpool had completely turned the game on its head in eight minutes. Arsenal looked shellshocked.

From there, the game lacked any real clear-cut chances, with Arsenal slightly demoralised. Gabriel Martinelli almost curled an effort late on, which would’ve made the final stages nervier.

There were some superb individual performances from the Reds in yellow, most notably Robertson and Joel Matip.

The victory makes it nine consecutive league wins in a row and puts Liverpool a point behind City with the same games played.

A win in the next league game, against Watford after the international break, would see the Reds go top of the table at least temporarily.