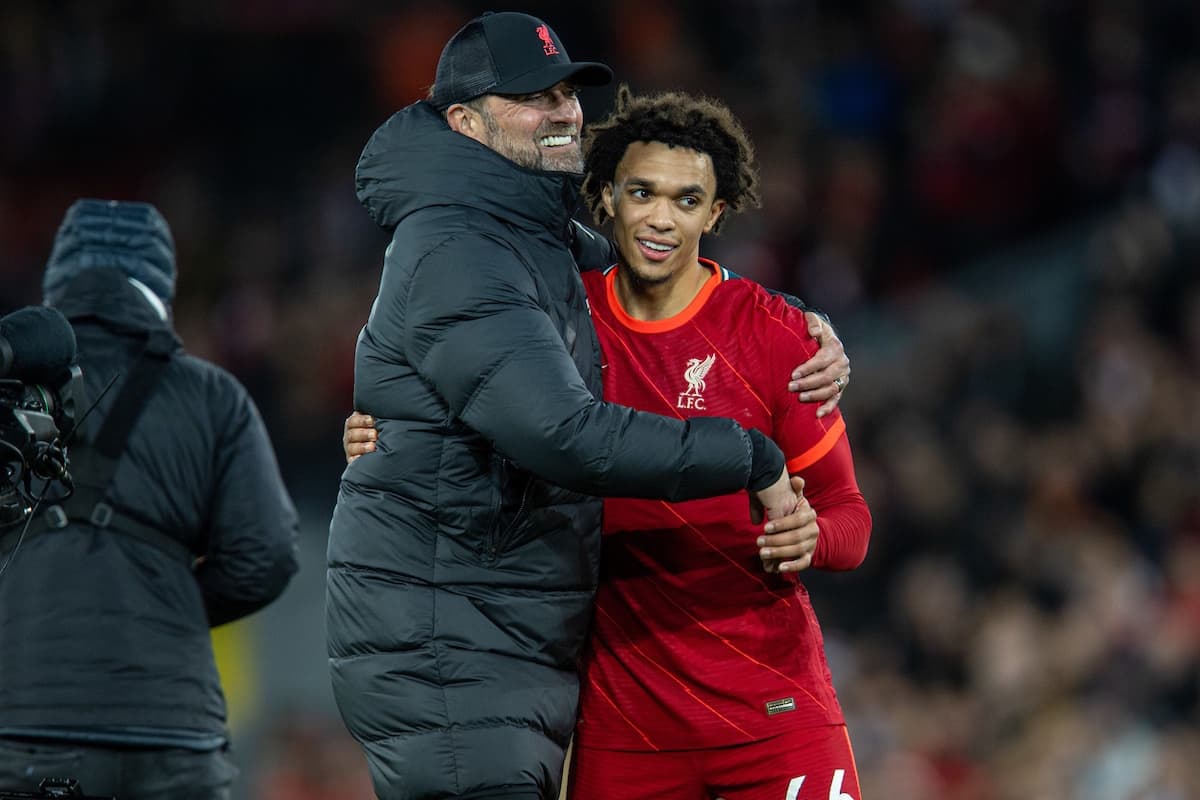 Liverpool manager Jurgen Klopp admits there is no player in the world who could replace Trent Alexander-Arnold after the right-back was ruled out for a number of weeks with a hamstring injury.

The defender’s setback is a huge blow to the Reds’ hopes of maintaining their pursuit of an unprecedented quadruple with a key month ahead including a trip to Premier League title rivals Manchester City on April 10.

Klopp does not have a ready-made senior replacement. Joe Gomez can play on the right but his preferred position is in the centre and the Reds boss will have to fashion a plan using him, midfielder James Milner and youngster Conor Bradley.

Alexander-Arnold has provided a career-best 16 assists this season, plus two goals, and that will be impossible to reproduce from somewhere else in the squad.

“Trent is out with a hamstring, so he will cannot be part of England as well. No good news,” he said.

“We will see how long it will take but, of course, to replace Trent is difficult but possible. We always did it.

“The way he plays, I don’t know any player who plays like Trent in the world. So it will be difficult to find a one versus one replacement.

“We have Joe. Theoretically we can change the system as well. These kinds of things, so we have a couple of options, but you are right he is very influential.

“If you look in the past when Milly had to step in he did incredibly well. Incredibly well. He just has to be available and then that is fine. I don’t know if he will for Sunday.

“Maybe we have a very young solution as well.” 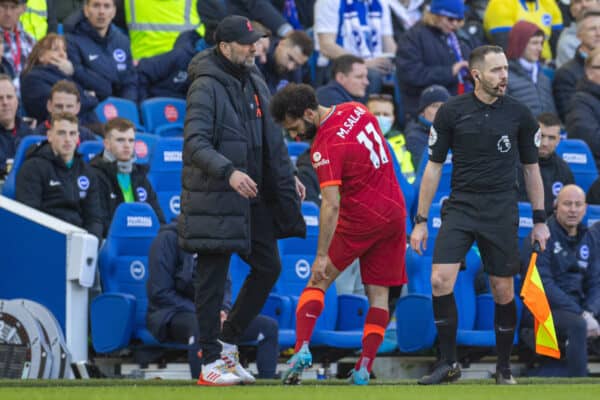 Klopp also has an injury worry over Mohamed Salah, who was only fit enough for a place on the bench in Wednesday’s win at Arsenal – the game in which Alexander-Arnold was injured but still completed 90 minutes.

“Mo felt his foot a bit after the game so we will have to see what they do with that,” added Klopp.

“On top of that there are some other bits and bobs. We have to wait.”

The forthcoming international break may lessen slightly the absence of Alexander-Arnold but it still seems likely he will miss matches against Watford, City, Aston Villa and Manchester United at least and possibly the visit of Everton before the end of April.

But the two-week hiatus does nothing for the momentum built up over nine successive Premier League wins and the rhythm Klopp likes his side to have.

“I would prefer to have the boys together for two weeks – that would be much better – but obviously they have a lot of important games to play, two especially for Sadio and Mo,” he added.

“Let’s just hope and pray they come home healthy. But rhythm break or not, it happens constantly.

“My first time. I know Nottingham only from when I was a kid with Robin Hood. There will be no time for sightseeing, but I am still looking forward to it.”