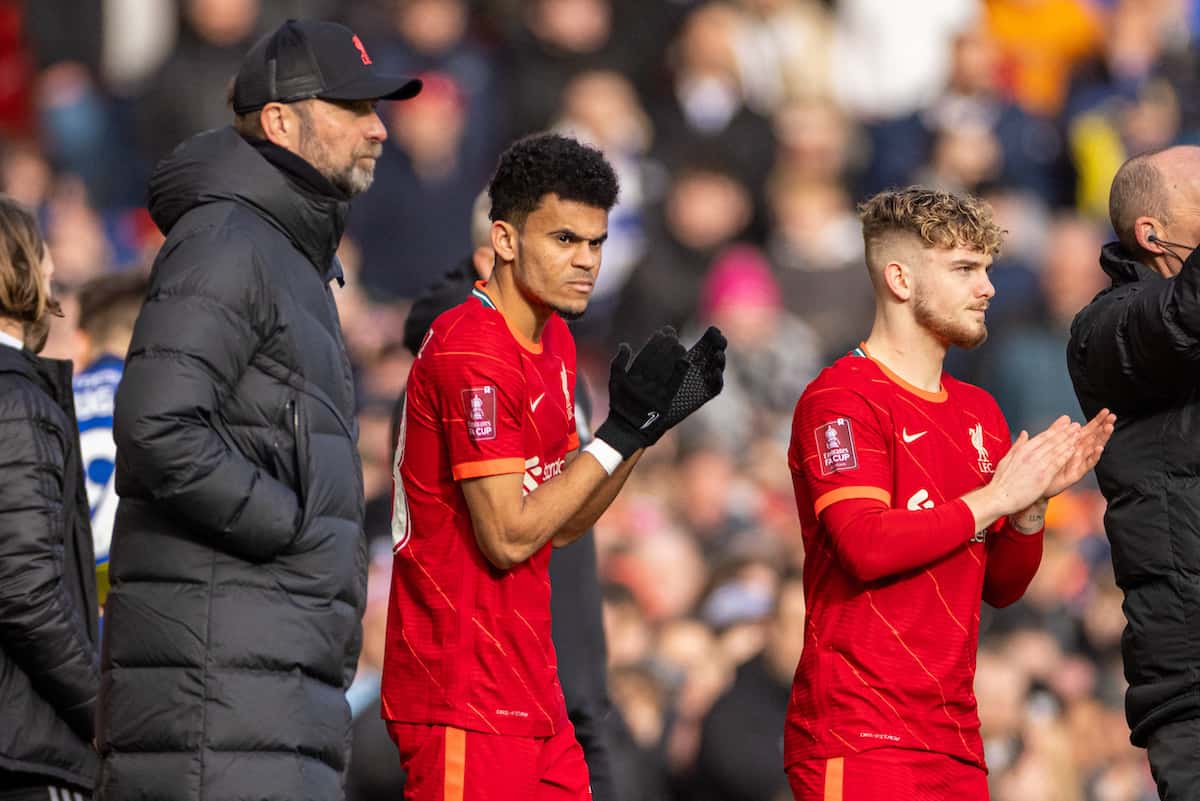 Jurgen Klopp has praised the efforts of his squad in helping Luis Diaz to settle at Liverpool, with Harvey Elliott a surprise influence despite their language barrier.

Diaz made his 10th appearance for the Reds in Saturday’s 2-0 win at Brighton, and scored the opener with a brave header before being clattered by Robert Sanchez.

Unlike many other players who have joined Klopp’s side – particularly from abroad and mid-season – the Colombian has been an instant success, featuring in all but one of the games he has been available for.

It is remarkable given he has only been in England for a month-and-a-half, and speaking after the Brighton game, Klopp acknowledged the role of his Spanish speakers.

But the manager also noted the bond between Diaz and Elliott, who have already been seen showcasing their skills together at Kirkby.

“He’s a very good player, let me say it like this,” Klopp told reporters.

“We don’t have groups in our team, but we have a few guys who speak Spanish and Portuguese, and that helps Luis a lot.

“They take him under their wings, very experienced players like Thiago, Fab, Bobby, Diogo, they’re all really close to him.

“That helps. But he’s, in general, a really nice kid.

“I’m not sure exactly how Harvey Elliott and Luis talk, but they are together quite a lot.

“So that means the boy settled as quick as the player.” 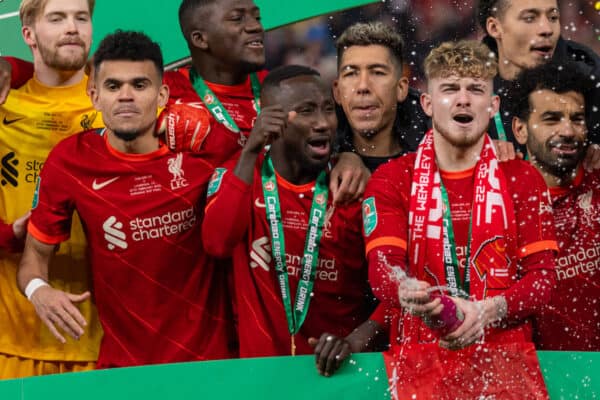 Whether Elliott speaks any Spanish is unclear, but their shared appreciation of skill and the fact they came on together in Diaz’s debut game against Cardiff will almost certainly have strengthened their relationship.

On the pitch, Klopp has been as impressed with his new No. 23 as supporters, and as he spoke further, the manager gave a rare insight into the recruitment process.

“It’s not so easy to bring in a player in the winter, without any kind of pre-season,” he said.

“But with Luis it was interesting, because the way he played at Porto is exactly the way we wanted him to play here.

“So he didn’t have to change really. 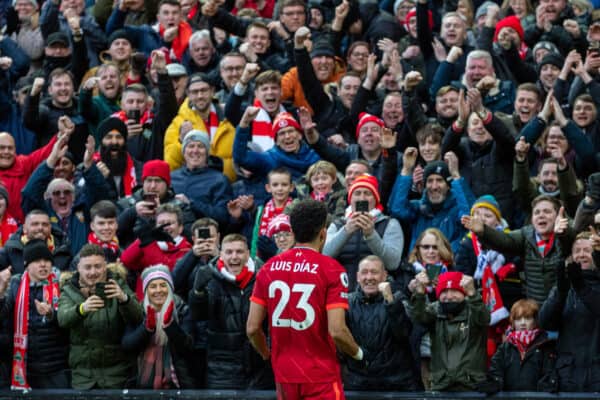 “He still has to adapt in moments, especially defensively, but he has speed, can carry the ball pretty quick and his dribbling is not bad.

“I don’t think we’ve seen his full range of shooting skills yet – I saw, when we scouted him, a couple of really nice ones.

“So there’s a lot of space for improvement, but yes, he’s a good player.”