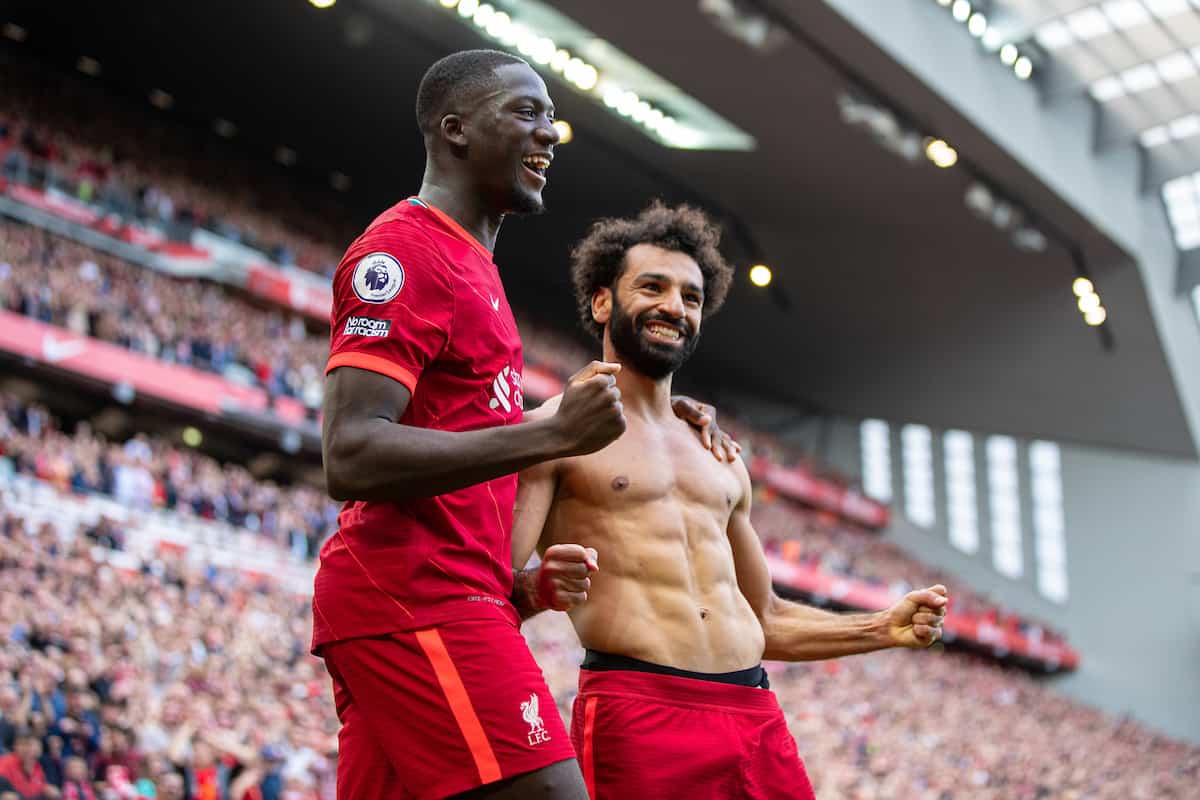 Jurgen Klopp has hailed Ibrahima Konate as a “physically outstanding” footballer, and an impressive statistic has shown the raw quality he offers to Liverpool.

Konate has made a strong start to life at his new club, with the Frenchman yet to taste defeat in any of his 19 appearances so far – including 14 wins.

He has served as a solid deputy to Virgil van Dijk‘s first-choice partner Joel Matip, with the expectation being that he eventually takes over as a regular starter.

For that, Klopp is looking for his No. 5 to improve his concentration, saying in January: “When you are that skilled, that quick, that strong, then it’s pretty normal, especially when you are young, that your concentration level drops from time to time.”

The manager praised Konate as “physically outstanding,” and watching him throughout his first campaign at Anfield, it is clear that his strength and power could be moulded into an elite centre-back.

Klopp’s testimony that the 22-year-old is “that quick” has been highlighted by a new statistic courtesy of Opta:

36.7 – Antonio Rüdiger has the highest recorded top speed in the Premier League this season, with 36.7 km/h against Brighton:

Konate is, impressively, faster than Leicester striker Patson Daka, who Van Dijk described as “crazy quick” after the 2-0 win at Anfield last month.

Top speed records can be an anomaly, of course, with Phil Jagielka often singled out as the fastest player in the Premier League during his time at Everton.

But this statistic does highlight the quickness Konate is able to pair with his immense strength, which makes him an ideal centre-back within Liverpool’s high line.