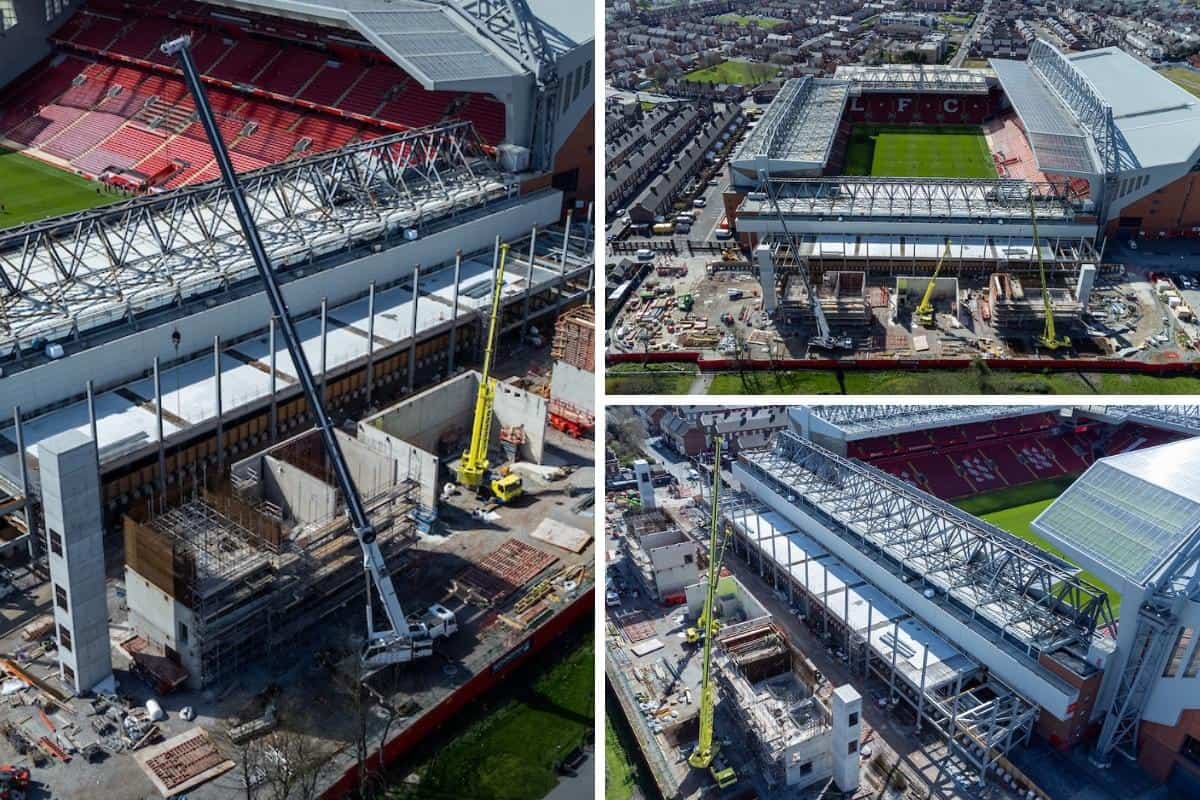 After three-and-a-half uninterrupted weeks of work throughout March, the expansion of the Anfield Road End is showing more signs of progress.

With no fixture at Anfield between the 1-0 loss to Inter Milan on March 8 and the 2-0 victory over Watford on April 2, construction work took another step during the international break.

Since the last update in mid-March, more progress has been made with the exterior building site, with foundations already in place as the new upper tier is constructed before joining on to the existing stand. 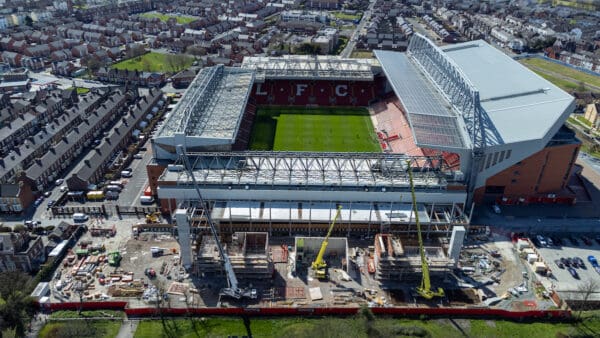 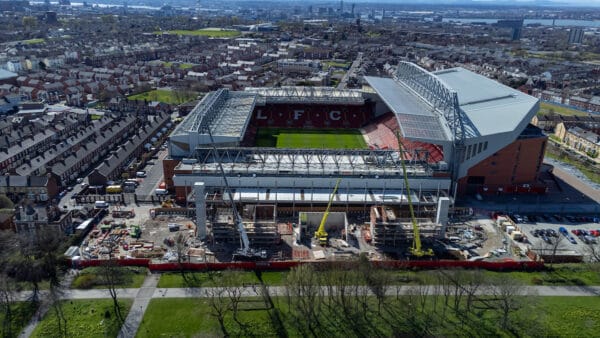 It will lift the stadium’s capacity to 61,015, which will make it the fourth-largest in the Premier League. 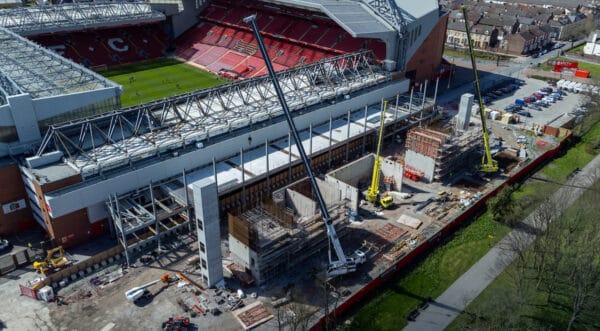 Though the final ratio is yet to be decided, Liverpool anticipate around 5,000 of those 7,000 will be made available as general admission and the remaining 2,000 to be allocated for hospitality. 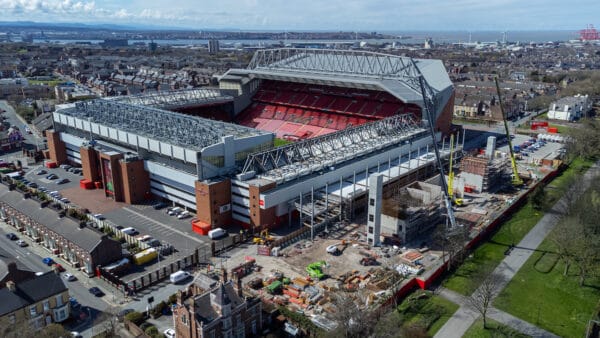 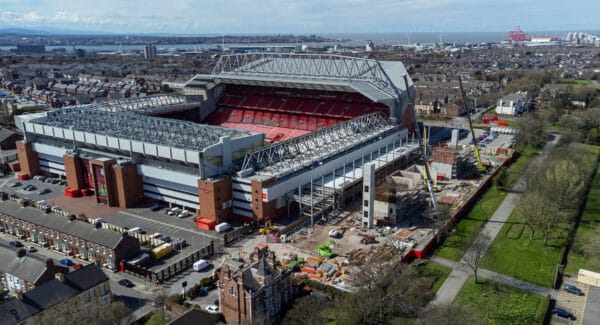 A steel framework is being erected on the site outside Anfield, while a concrete structure is also underway after drainage work was completed earlier in the year.

Upon reaching the six-month mark in construction back in March, Liverpool managing director Andy Hughes told This Is Anfield‘s Keifer MacDonald: “The main news is that we’re actually on track.” 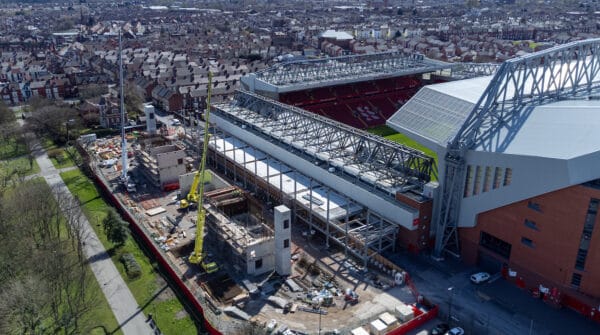 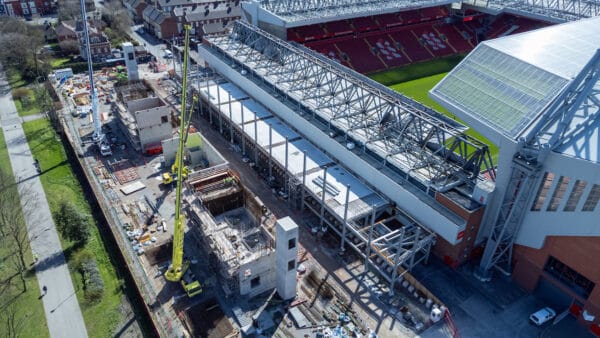 “As you can see on-site there has been an enormous amount of development.

“I’m really pleased that we’re on track because it’s been really challenging from a weather point of view, but Buckingham Group – the contractor – have done a fantastic job managing through that.” 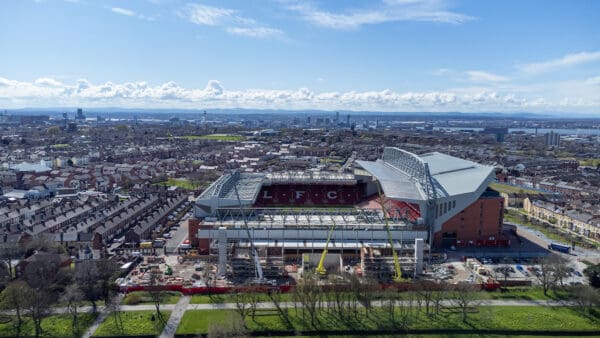 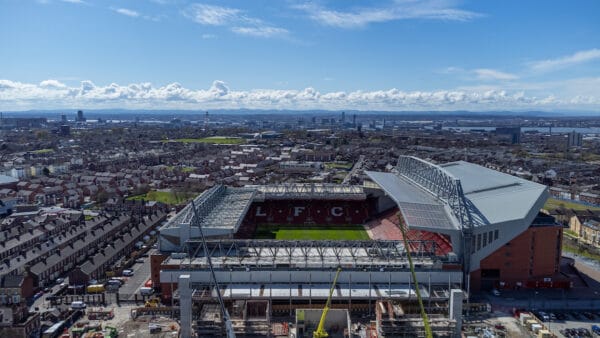 The Buckingham Group have previously worked on stadiums for Tottenham, Brentford, Brighton, Cardiff, Wolves and MK Dons, among others.

Work on the Anfield Road End expansion is due for completion in summer 2023, with major improvements to the interior and exterior concourses, in line with the Main Stand redevelopment.