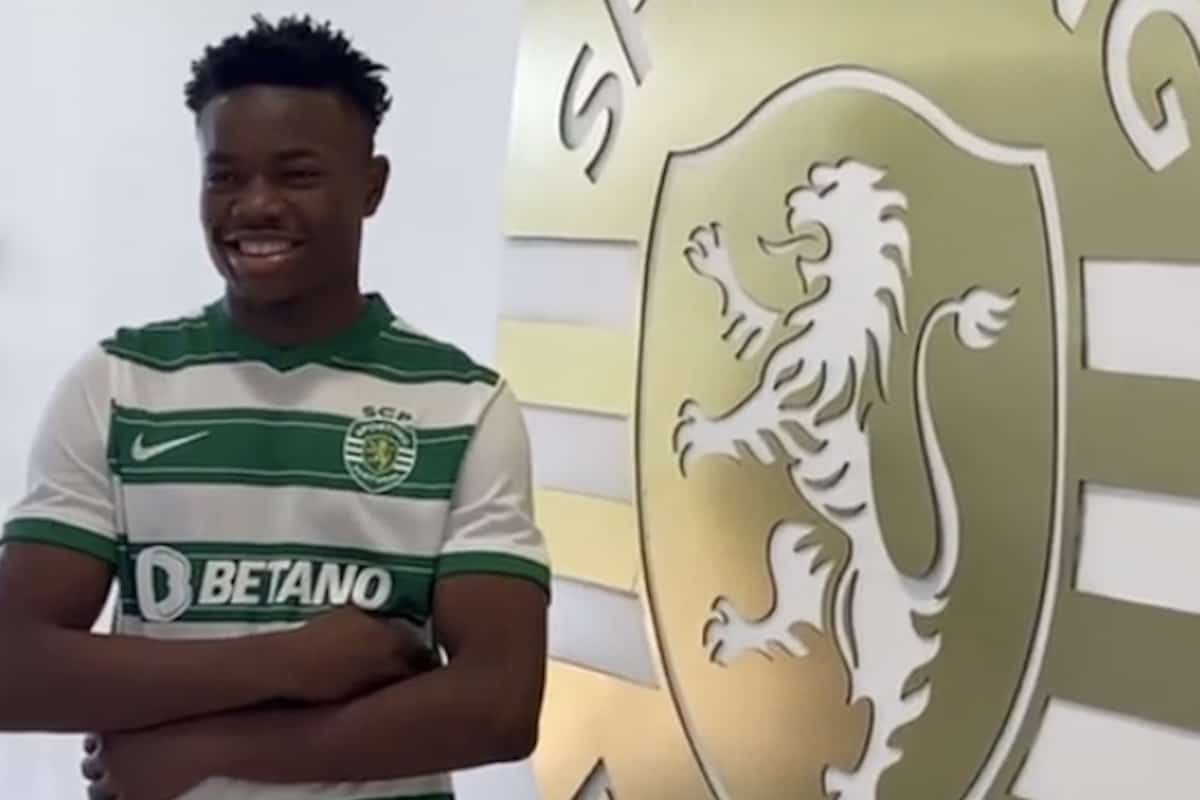 Ghana teenager Abdul Fatawu Issahaku has finally confirmed his new club, a full 10 months after it was claimed he had signed a five-year deal with Liverpool.

For much of the summer, it seemed a foregone conclusion that Issahaku would be swapping Steadfast FC in his native Ghana for Liverpool in a £1.5 million deal.

The teenager was touted with a move to Merseyside after his 18th birthday in March, following changes to the rules on recruiting players under the age of 18 from overseas post-Brexit.

But despite reports in Africa claiming Issahaku had agreed a five-year contract with the Reds, and that a further deal had been struck with Sporting CP over a developmental loan, this was refuted by club sources.

It was later reported that Issahaku had instead closed on a permanent switch to Sporting, but months on, there had been no confirmation from player or club.

That changed on Wednesday, with Sporting unveiling their new youngster via their official channels, with Issahaku posing in the home shirt at the Portuguese side’s academy.

He signed a five-year deal, including a £50 million release clause, with no mention of any subsequent agreement with Liverpool.

Issahaku then took to Instagram to reflect on a “new chapter” in his fledgling career.

“I am very happy to sign for this club,” he wrote. “Can’t wait to wear this jersey and give it my all on the pitch.”

The 18-year-old has already played eight times for Ghana, including three appearances at the Africa Cup of Nations and starts in both legs of the World Cup playoff win over Nigeria last month.

It could be that Liverpool track his progress at Sporting ahead of a future move, but it had been hinted that the interference of the player’s agent had already put off Bayer Leverkusen, which could well be the case again based on the saga that unfolded.