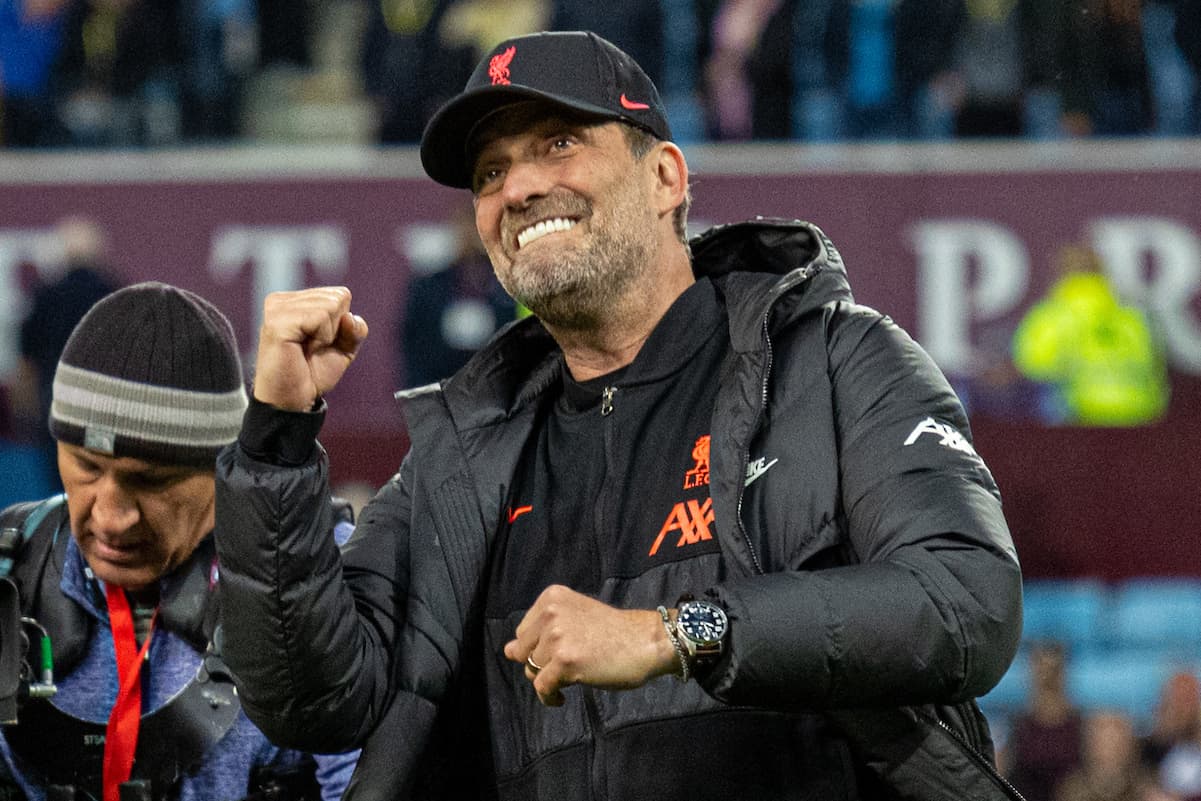 Sadio Mane‘s goal keeps Liverpool in touch with Man City at the top of the table, but it wasn’t the easiest game against Steven Gerrard’s side.

Is the title still on?

Liverpool are now level on points with Man City at the top of the table, but it feels a lot less optimistic than the similar situation after the Spurs game due to City’s newfound superior goal difference.

City duly went on to win against Newcastle, scoring five without reply which effectively gives them an extra point in the title race at this stage.

The Reds now need City to lose a game and there needs to be some recovery of goal difference. For now, all they can do is keep winning.

As Henderson said after the game: “It’s a big game and another three points but we’re just concentrating on what we need to do, and there’s another big game at the weekend with the cup final.”

Regardless of what happens in the title race, Liverpool winning all of their games between now and the end of the season would certainly be some result.

92 points would be the club’s third-highest ever points total and enough to win the league in 24 of the previous 29 seasons.

What’s Gerrard up to?

Some narratives would have had this down as a game where Steven Gerrard does Liverpool a favour, but this is professional football and that was never going to happen.

It was a tough game, not only in terms of getting the result but also physically as Villa held nothing back in their challenges.

Garrard had his side set up in a narrow 4-4-2 diamond — echoes of the formation Gerrard played in under Brendan Rodgers — which frustrated Liverpool and also made sure the home side had two players up front ready to break.

Helped by the full-backs, Matty Cash and Lucas Digne, Villa were a threat, but not quite enough of one to further derail Liverpool’s title challenge.

Either way, Gerrard’s side certainly didn’t roll over for their manager’s boyhood club, but that was never going to happen anyway and, unlike Newcastle against Man City, they weren’t going to be facilitating an improved goal difference either.

Now for others, Wolves and West Ham, to put up similarly professional performances against City please. 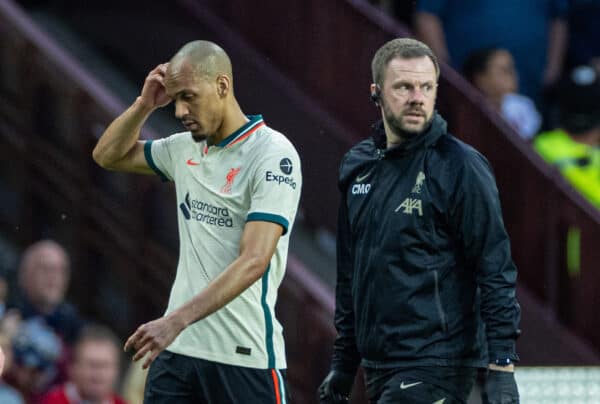 Tiredness is creeping in. It’s only natural given Liverpool have played every possible game this season. This was match 59 of the season so far, with four more to come.

For much of his time at the club Fabinho has been one of the best in the world in his position.

It’s an almost impossible task in this team, the high line can leave the centre-backs exposed and the midfielder in front of them almost needs to do the job of two people. He has the physique of a centre-backs and the ability of a midfielder to carry it out.

The Brazilian is often more noticeable in his absence as those covering for him can struggle positionally and physically, but in this game, he was the one struggling and he eventually went off injured.

Despite his off day here, as the only player who can play his role, even if there are others who can play this position, it will be more difficult to finish the season on a high without him, so let’s hope the injury is not too bad.

“A big blow for us,” admitted Klopp post-match, adding that he didn’t know the severity of the injury.

Not the easiest watch 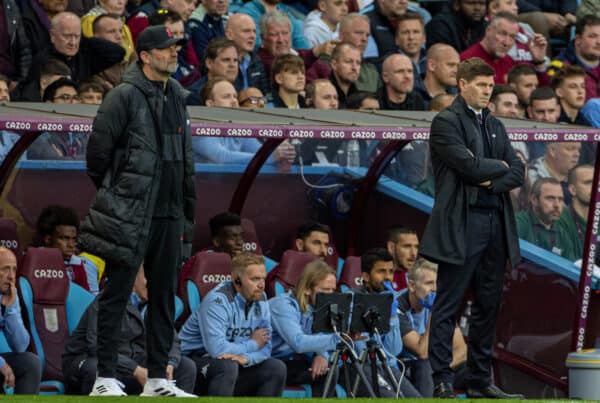 As mentioned after the Spurs game, you would rather Liverpool were in a position to be playing for things than not, but this wasn’t a comfortable watch at times.

Joel Matip‘s equaliser came at a good time, but after that it looked like there was plenty of tension on the pitch as Liverpool searched for a winner.

It could be felt among the fans on social media, too, as a nervy second half saw chances for Villa and some wasteful play from the Reds.

I'm so tired! This team are ageing me at a ridiculously rapid rate.

I love you, Sadio Mane.

But shortly after the introduction of Thiago, these nerves were eased somewhat by Sadio Mane‘s equaliser.

Some of this apprehension was more in the hope the team don’t play like this in the upcoming finals, but there is still a slim chance of success in the league too.

Some more goals would have been handy, but in the end, the three points will more than do.

The Villa goal was offside 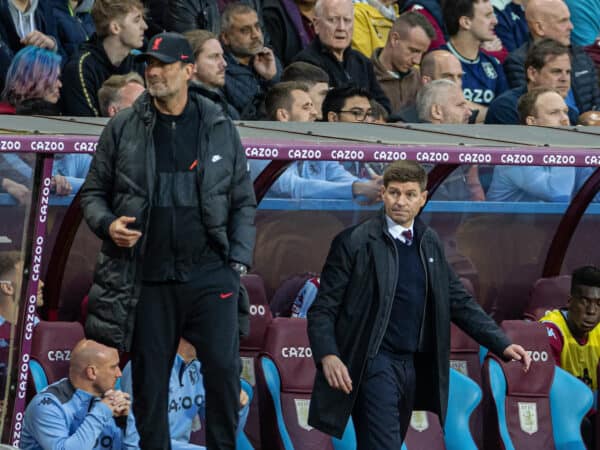 In the build-up to the Villa goal, Ollie Watkins was in an offside position. It was maybe more obvious than a tight offside call on Danny Ings in the second half, which was correctly flagged.

But in Watkins’ case, the linesman didn’t flag as he presumably thought it was too tight to call, so play went on.

There were a number of passes and an Alisson save between that offside and the Douglas Luiz goal, but the flag stayed down throughout, the linesman leaving it to VAR, VAR leaving it to the linesman, and in the end, nothing happened.

There is a limit to how far back VAR should reasonably go, but the linesman should really be flagging that regardless in that situation.

It made the game slightly more uncomfortable than it already was for Liverpool.