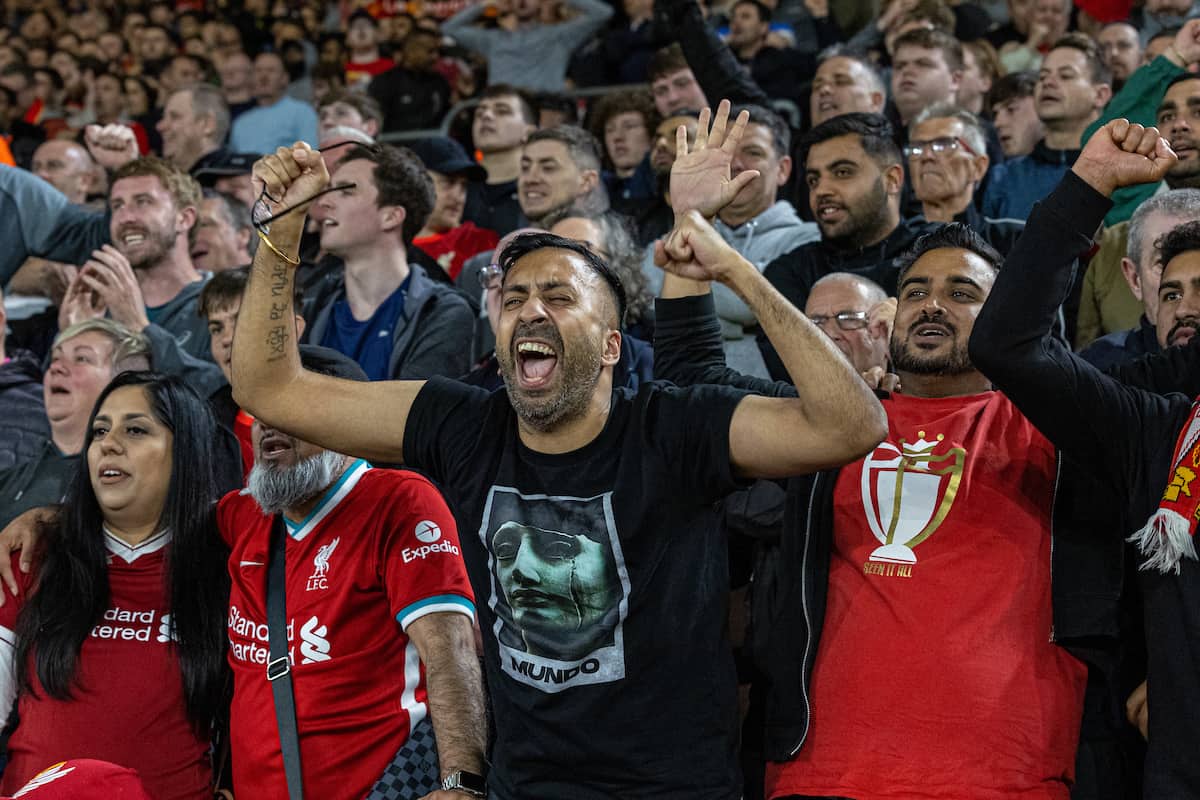 Liverpool dug deep and picked up a massive 2-1 win away to Southampton on Tuesday, taking the Premier League title race to the final day.

The Reds knew they had to win to keep their title hopes alive, but fell behind to Nathan Redmond’s curled effort after Diogo Jota was clearly fouled.

Takumi Minamino equalised with a brilliantly taken strike, however, as Jurgen Klopp‘s much-changed side dominated the first half.

The Reds took the lead when Joel Matip stooped to head home in fittingly odd fashion and the visitors held on after a tense finale.

Here’s how supporters reacted to the win on social media…

Fans had a hard time picking the standout…

Konate was immense, as were Bobby, Jones & Tsimikas. To maintain that level of composure throughout the game with so many changes made to the lineup & the huge pressure on the result…what a side we’re watching at the moment.

Fantastic effort that, Bobby was superb but Konate, Matip, Kostas, Elliot, Taki as well. As for Milner , two excellent performances in two roles. What a man. Nice rest for so many of them as well, full strength for the last two now, let’s go and make history red men.

Anyway, really good from about 4 Reds in particular there.

Firmino was just magnificent, really needed a big showing from him and he produced it.

Curtis Jones and Harvey Elliott with some top moments given a relative lack of game time.

The context has to be considered, but still Elliott and Jones were both superb in a potential title defining game. Played with such creativity, but also a maturity well beyond their years

Your team couldn’t take the title race to the final day after already winning a domestic cup double and being in a European cup final. Let alone going head to head with a state owned oil rich club. Mine did

A huge result which takes it to the final day…

Curtis Jones my Man of the Match, but Firmino, Konate, Tsimikas, Minamino all great too.

Another day for Klopp's "little stories."

That's a magnificent win, given the situation. Konate immaculate all evening.

Simply cannot fault this team. They have risen to every challenge. So much rotation tonight and they still find a way. Whatever happens, they’re a joy to watch.

Go behind, fight our way back to win, make every Reds fan lose 5 stone through a nerve-shredding finish…seems like the typical recipe for a Liverpool game this season! ?

What a team! Incredible strength in depth & resilience.
Klopp has built something very special

2 wins for a potential quadruple.

And it’s over to you now, Stevie…

Final day madness is now a possibility. Brilliant again from this squad of players. Maybe we are on drugs ???

It’s all over to you. pic.twitter.com/LgNuKaFBVq

Imagine Stevie G's Villa take points from City to hand us the league. What a story it would be.

“Gerrard, Ings and Coutinho will be our legends if results goes our way.”