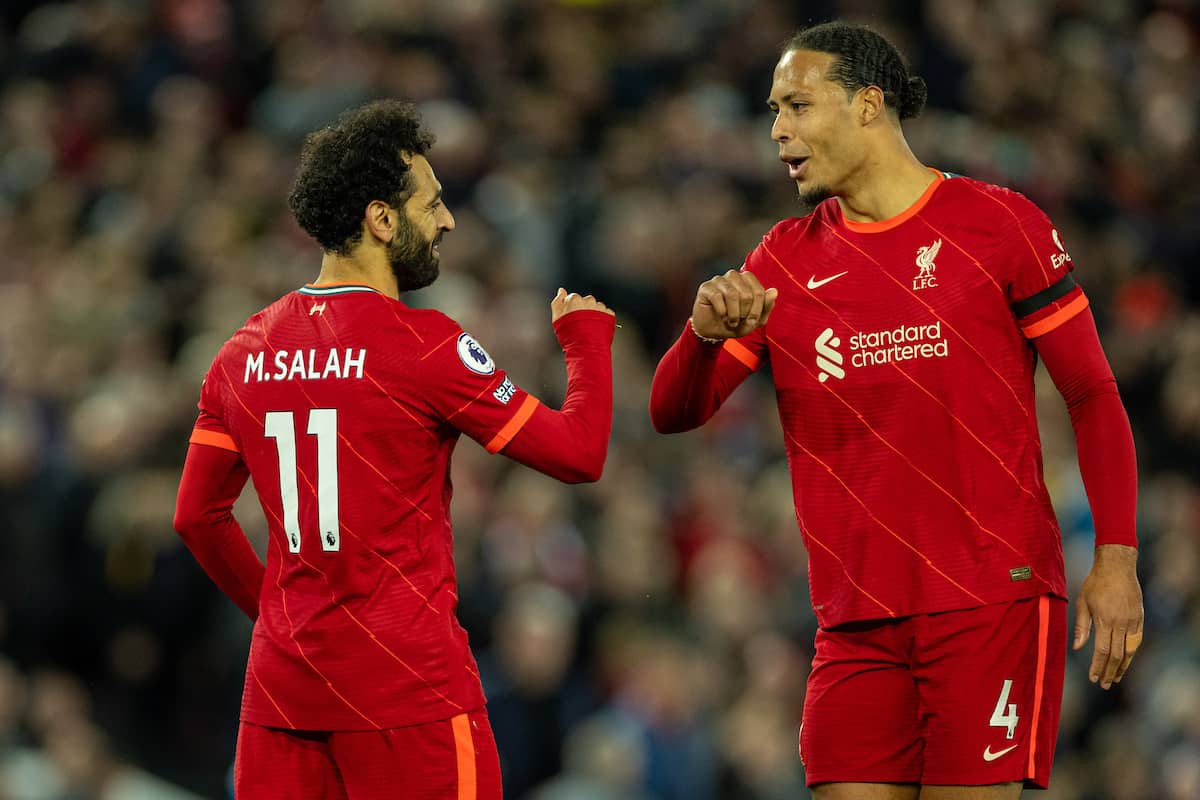 Jurgen Klopp‘s ideal situation would be to use Virgil van Dijk and Mohamed Salah in Liverpool’s final league game ahead of the Champions League final, but he will not take any risks.

The Reds have had a number of injury concerns emerge in the month of May, but, fortunately, they have not been severe setbacks to bring a premature end to the season.

Fabinho is expected to make his return in time for the final in Paris after his hamstring injury at Aston Villa, while Virgil van Dijk and Mohamed Salah were casualties from the FA Cup final win.

And while Klopp will not take any unnecessary risks, he harbours hopes of being able to call upon, at least, Van Dijk and Salah in some capacity on Sunday to get them in rhythm for Paris.

“Looks all good, but what we can do with them for the weekend, I have no idea,” Klopp told reporters on Friday of the injuries.

“I understand 100 percent the goalscoring battle with Son Heung-min but no chance we take any risk. Mo doesn’t want to take any risk, no doubt about that.

“But it looks good, the boys look good and they’ve made steps.

“We will see, my preferred solution is they could play at the weekend for rhythm reasons, or could at least be on the bench and can bring them on, or not.

As for Joe Gomez, Liverpool opted for another scan on his ankle injury but they are not expecting a bad result as they look for reassurance that he avoided anything serious.

“Good news, we had one further reassuring scan [on Thursday],” Klopp said of Gomez. “How we thought after the game, we thought we were lucky, it was a proper knock but nothing happened.

“It was the leg where he was injured, I understand 100 percent why everyone was concerned, I was until I saw Joey’s face in the dressing room where most of the time we know best about our body.

“The result of the scan is not here yet but we don’t expect anything really different, just reassuring it’s all fine.

“If it’s fine it’s just about pain, how can you deal with pain? We will see what Joe can do today or tomorrow.”