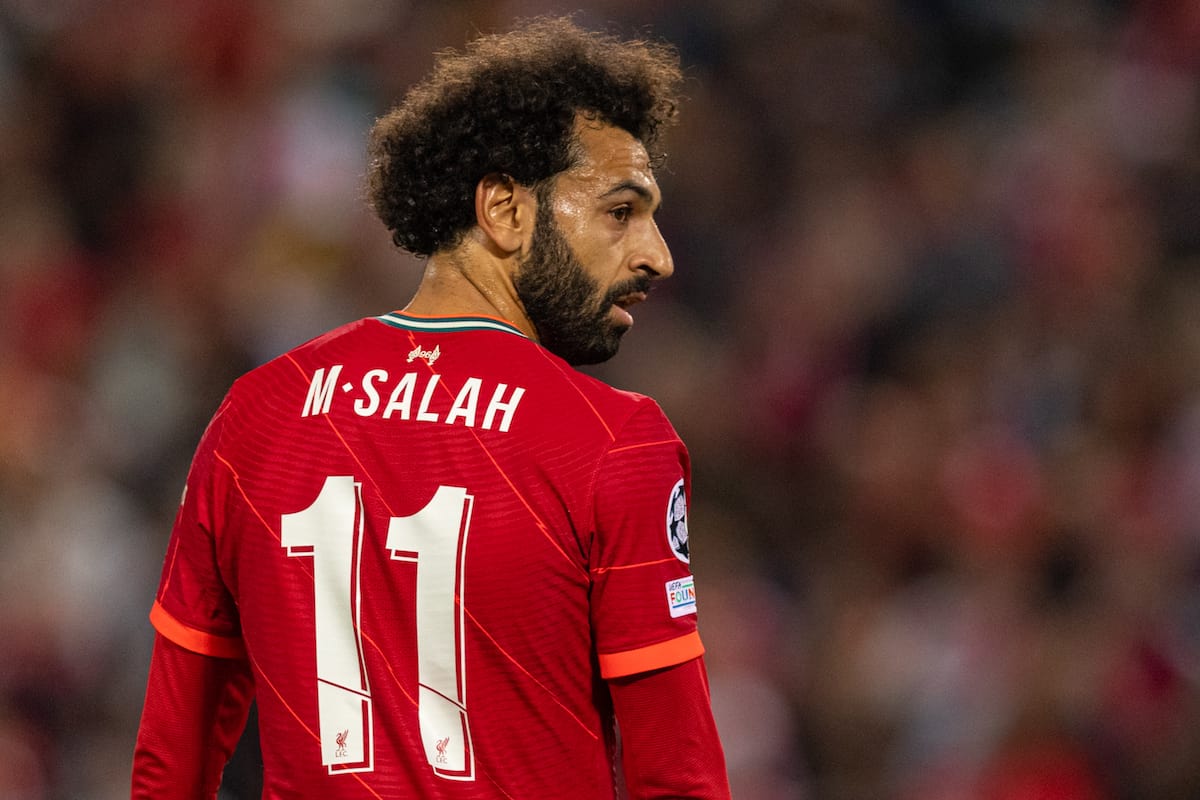 Liverpool lineups vs. Villarreal – up to 6 changes as Mo Salah & Thiago return

After making five changes for Liverpool’s 1-0 win over Newcastle, Jurgen Klopp is likely to rotate again for the trip to Villarreal, with a host of big names to return.

It has been key to the Reds’ sustained form throughout this relentless period, with Klopp making changes every game to ensure his players remain fresh.

Despite the significance of every fixture, that is likely to continue as Liverpool face as many as seven more challenges between now and the end of the season.

Tuesday night brings a Champions League semi-final decider away to Villarreal, with the Reds holding a 2-0 lead from the first leg but wary of a Spanish side who will throw everything at them.

And with only two days’ rest and a similarly important clash with Tottenham to come at the weekend, rotation is expected at El Madrigal.

In his pre-match press conference, Klopp gave the following updates on his squad: 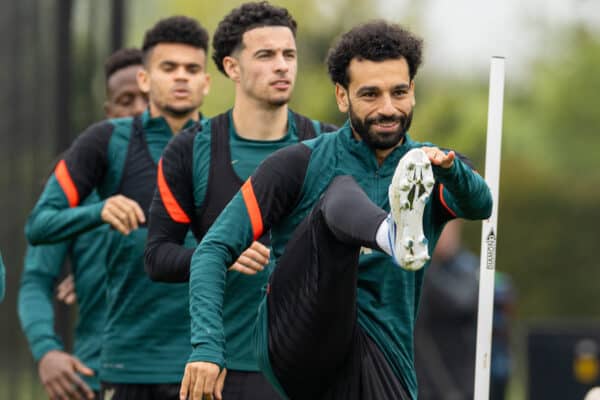 There are two schools of thought for this tie.

Klopp could approach this full-throttle, showing the utmost respect to Villarreal despite the reality of holding a two-goal lead, or he could continue to rest players as if this was just another fixture.

Perhaps the safest bet is that all the heavy-hitters will start in Spain:

That would see five changes from Saturday lunchtime and see Liverpool line up like this: 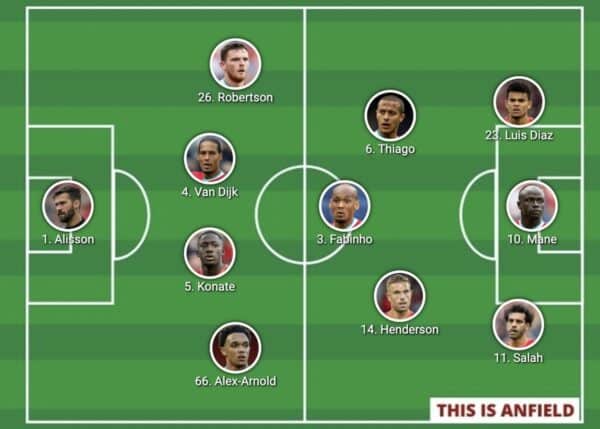 However, there is certainly cause to argue that a squad player Kostas Tsimikas could be relied upon for this tie, as was the case in the quarter-final second leg at home to Benfica:

With an additional change to the lineup, the Reds could shape up as below: 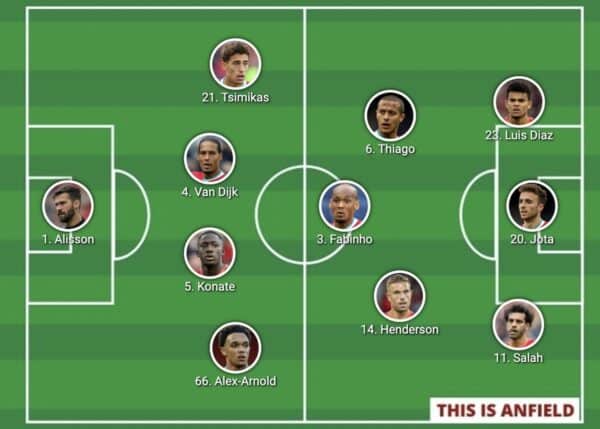 The beauty of the situation for Liverpool, with only Firmino sidelined, is that however Klopp sets his side up, they should be primed for a top-level performance at Villarreal.

That showed on Saturday, when the likes of James Milner and Joe Gomez came in to impress – but quite how much the manager rotates for the semi-final remains to be seen.