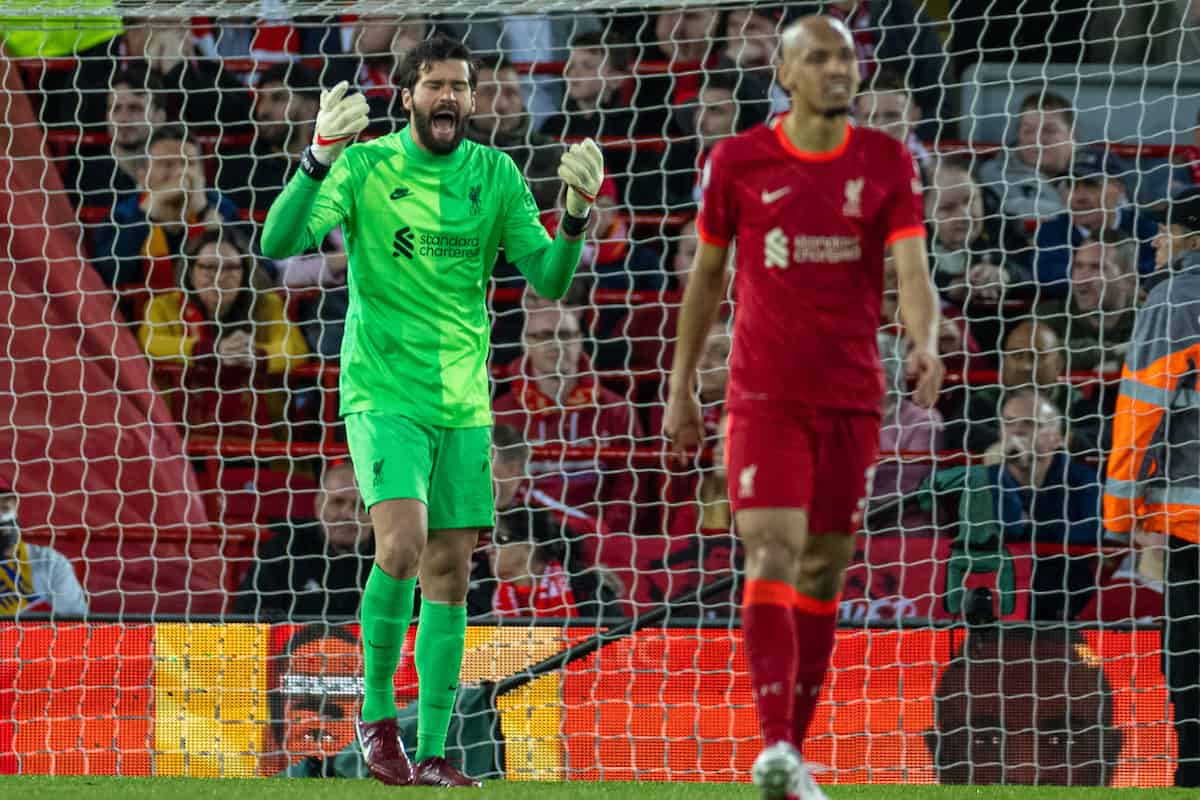 Liverpool show they’re human, but not out for the count – “We keep fighting”

Liverpool showed that they are still human beings in the race of perfection for the Premier League title, but the 1-1 draw against Tottenham will not see the Reds quit the fight.

The visit of Antonio Conte’s Tottenham was long regarded as a potential banana skin in the run-in and it proved the case in a frustrating stalemate.

It leaves the Reds desperately hoping for Man City to show they too are susceptible to a misstep in the fierce race to the finish.

Jurgen Klopp admitted he was more optimistic than his players following the draw, urging his team to “stop behaving like it’s a funeral.”

And irrespective of if Pep Guardiola’s side drop any points, Fabinho knows anything can still happen and as such, Liverpool “are still fighting.”

“Yes, a little bit [feels like a defeat]. Of course, we want to win all the games and in the position we are now in the league, we needed the three points,” the midfielder told LFCTV.

“We know we are fighting against one of the best teams in the world, we know if we lost a point in the fight against Man City it can maybe cost the title.

“We will keep fighting and try to win the next game against Aston Villa.”

It’s all the Reds can do in their final three league games and if the atmosphere at Anfield was anything to go by, Fabinho knows the Liverpool faithful will push them to the finish of what remains an unbelievable season.

“The fans today were unbelievable, they were pushing us and when we scored the first goal we had the sensation that we want to score the second because the first one [Anfield] was on fire,” Fabinho said.

“We tried until the end, it’s not easy playing every three days at a good level but I think we played a good game in general.

“We didn’t win but there are still things to take from this game.”