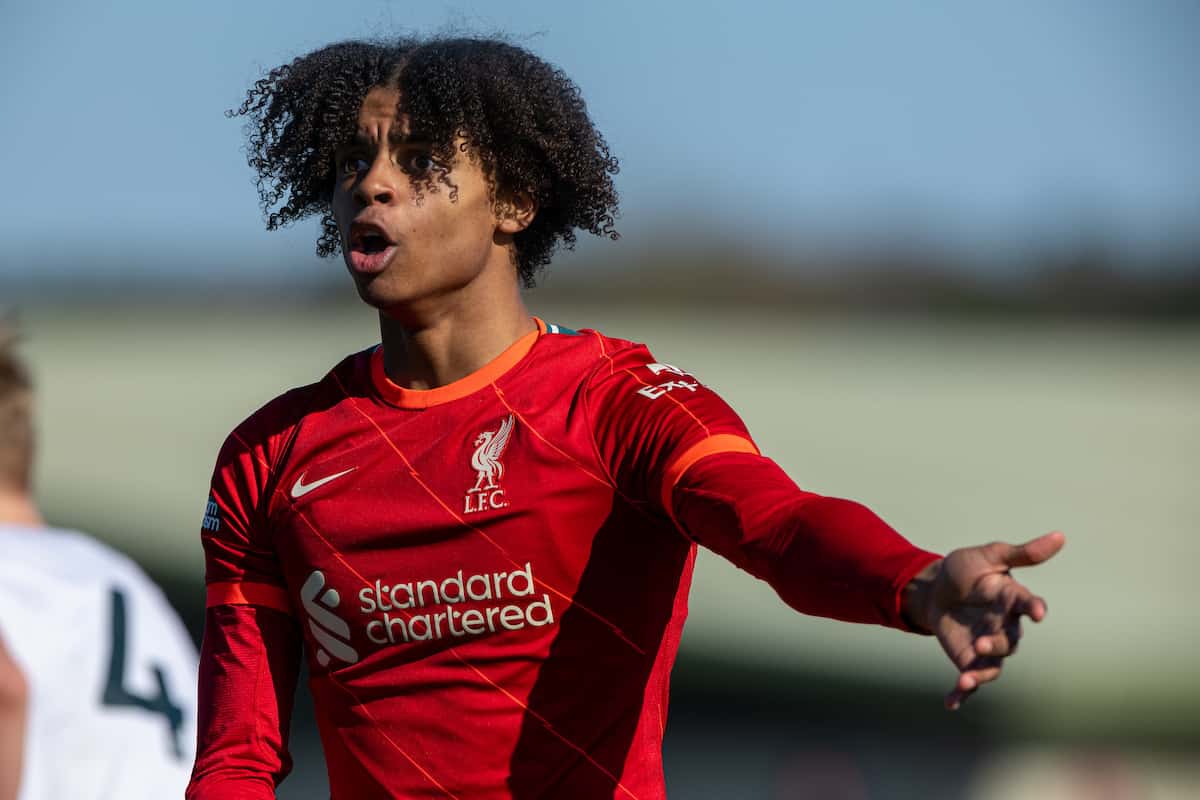 Liverpool under-18s closed out their season with a thumping 5-0 win at Newcastle, with Louie Koumas, son of Jason, scoring his first goal at the level.

With second place in the U18 Premier League locked in, the young Reds were free to express themselves in their final game of the season against the bottom of the table Newcastle.

Marc Bridge-Wilkinson named an exciting XI to close out the season and they put on a show in the northeast, one week on from Jurgen Klopp‘s side clinching a valuable win on Tyneside.

Bobby Clark kickstarted the rout with only eight minutes on the clock, a benefactor of Terence Miles’ ball over the top that was duly volleyed into the net against his former team. 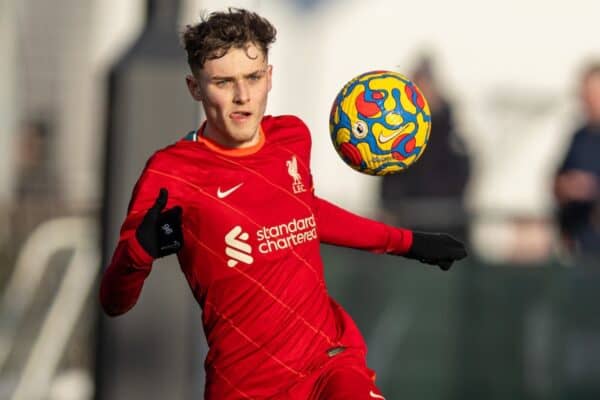 The young Reds’ dominance threatened to see the net rustle in quick succession following Clark’s opener, but they needn’t wait long before they landed the next blow thanks to Harvey Blair.

The 18-year-old, who made his senior debut at Preston in October, positioned himself nicely in the six-yard box to capitalise on Calum Scanlon’s delivery to make it 2-0.

The first half threatened more goals through Clark, Blair and Oakley Cannonier, but Bridge-Wilkinson’s side had to wait until early into the second half to add to their tally.

And captain Luke Chambers’ strike was more than worth the wait, rifling an emphatic free-kick into the top right corner to see the scoreboard read 3-0.

Cannonier continued to spurn chances to add to his impressive 41-goal tally this season, and it was Blair that added the fourth of the afternoon after showing composure to round the goalkeeper.

Isaac Mabaya provided plenty of dynamism on the right-hand side and proved a constant threat, while Scanlon’s defensive discipline helped end the campaign with a clean sheet.

But at the other end of the field, Liverpool were not finished with Newcastle as two substitutes combined with Tommy Pilling’s cross headed home by Louie Koumas for his first at U18s level.

Louie is the son of Jason Koumas, who played for West Brom and Wigan in the Premier League after coming through the ranks at Liverpool’s academy with the likes of Michael Owen and Steven Gerrard.

In the end, Liverpool’s 5-0 win brought a memorable season to a close in an emphatic fashion.