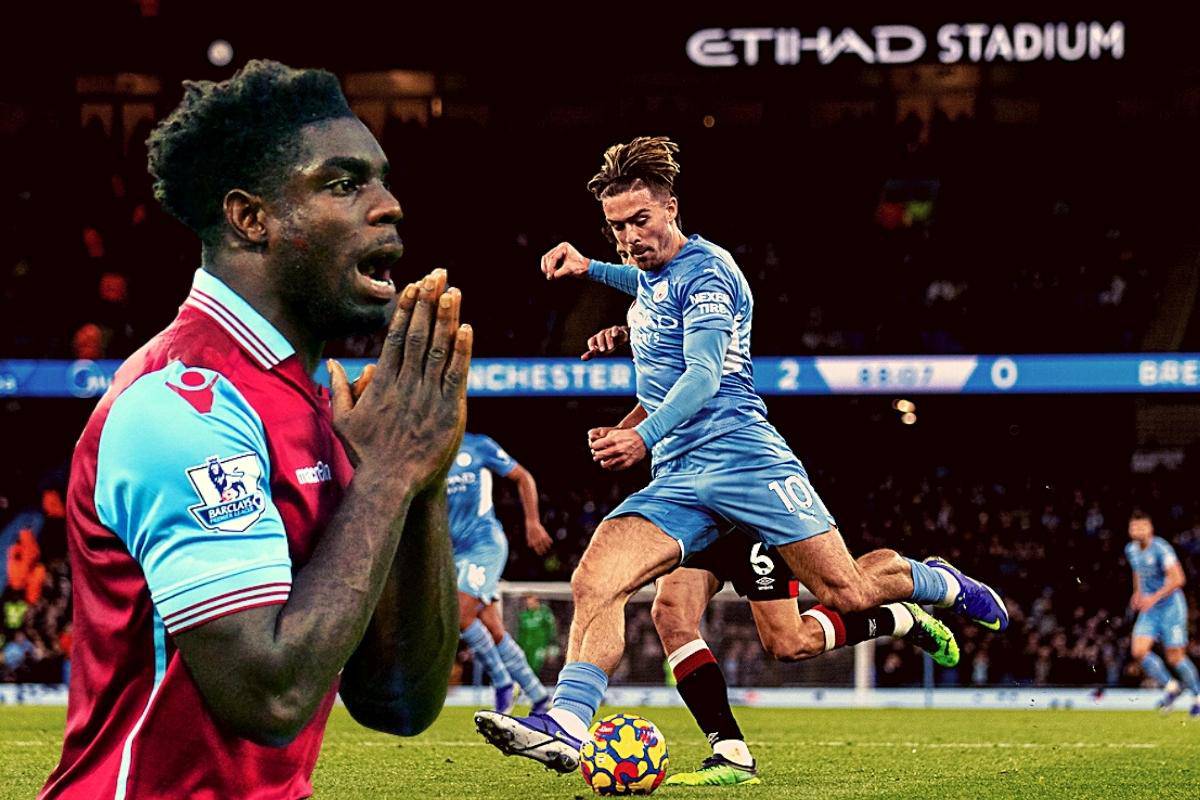 Micah Richards has rubbished and flagged fake quotes that surfaced on social media pertaining to Aston Villa‘s meeting with Man City on Sunday, which hinted at possible match-fixing.

With the Premier League title to be decided on Sunday, with Liverpool taking it to the final day thanks to their win at Southampton, all eyes are on the possible drama that lay in wait.

The narrative clearly lies with Steven Gerrard taking his Villa team to the Etihad with the chance to help the Reds lift their 20th league title, should Liverpool hold up their end of the bargain against Wolves.

Even Jordan Henderson stated that “Hopefully, Stevie and Villa can do us a favour at City!”

But on Twitter, someone took it too far with ‘quotes’ that Richards has since claimed are “slander” as they are not words he uttered.

The quotes in question were claimed to be from Richards on TalkSport and said: “Steven Gerrard would like to win the league for Liverpool on Sunday, but Villa has a clause in Jack Grealish deal that could land them an extra £15 million if City wins the league, and in this business, money comes first.”

Jack Grealish, of course, traded Aston Villa for Man City in a £100 million deal last summer, and now his boyhood can deny him his first Premier League title.

And in response to one particular Tweet of the fabricated quote, Richards said: “I’m Micah! Maybe Micha said this but that’s not me! THIS IS SLANDER!!!” 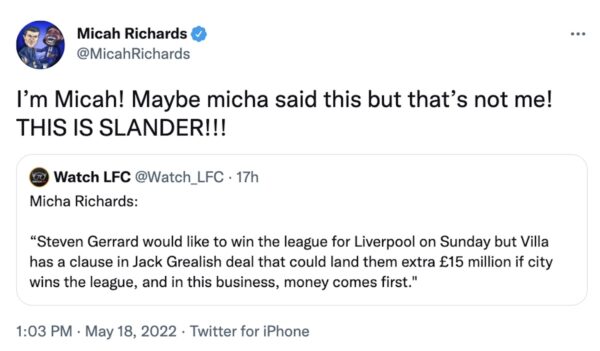 Another account apologised for helping to circulate the fake quote, words, as you saw above, that quickly received attention for their outlandish nature on Twitter.

It’s another lesson that not everything you see online is what it appears to be, disinformation is everywhere.