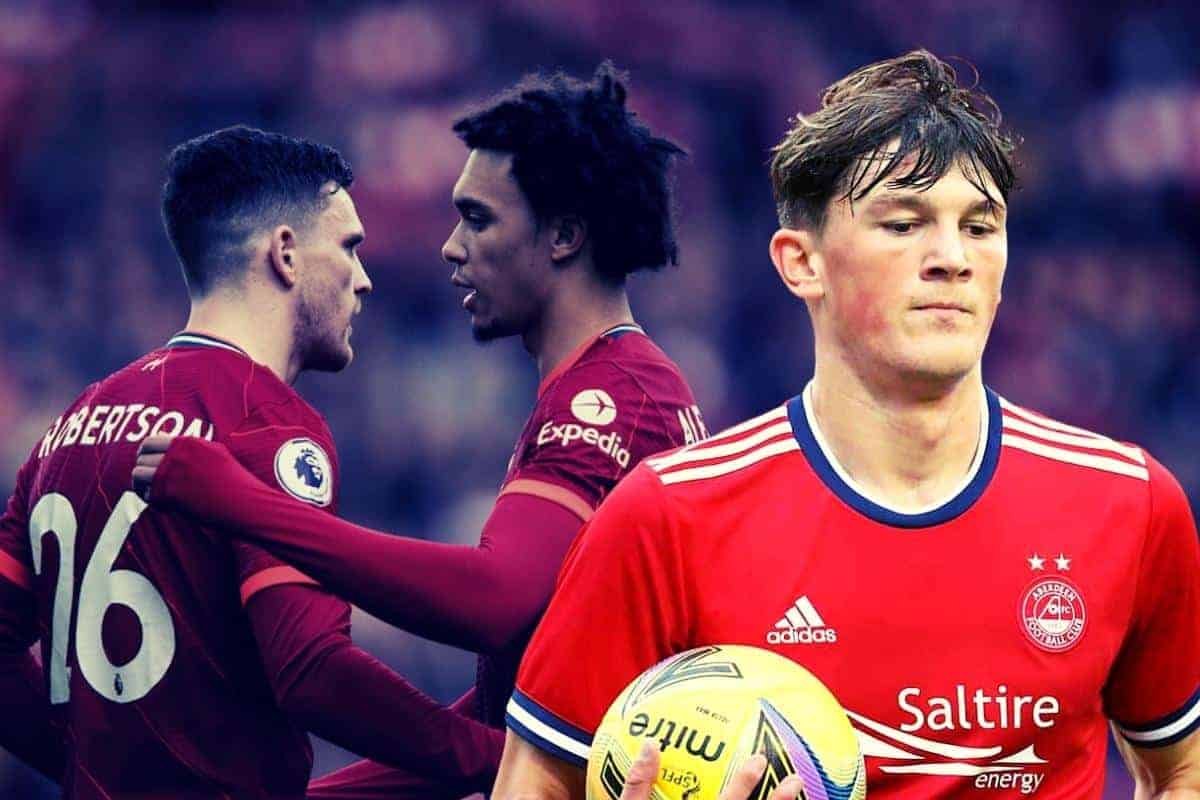 Aberdeen’s Calvin Ramsay is edging ever closer to a Liverpool switch this summer and he has long looked up to Trent Alexander-Arnold and the journey undertaken by Andy Robertson.

The Reds are expected to seal a £4 million deal for the young Scottish right-back this summer, adding another exciting youth talent with senior experience to the ranks.

The 18-year-old has made 39 appearances for Aberdeen, scoring once and setting up nine this season to see him crowned Scottish Football Writers’ Young Player of the Year.

And with a switch to Anfield expected, there is plenty of interest in the teenager and what he can offer, with one journalist quick to say he has “bags of potential.”

His signature would also see him become teammates with a player he admires and looks to emulate in Alexander-Arnold:

“My dad, Graham, has helped me a lot as well as players like Alexander-Arnold, Kyle Walker, all those top players,” Ramsay said back in April, as quoted by the Daily Record.

“I like to watch videos of them and try and base my game on them. But when I was younger growing up, my dad definitely helped me a lot to get to where I am.

“As a full-back, watching Trent and his crosses and his technical ability, if I can get to that level then it would be a bonus.

“He moved to right-back and is good at going forward and good defensively. If I can be half the player of him I will be laughing.” 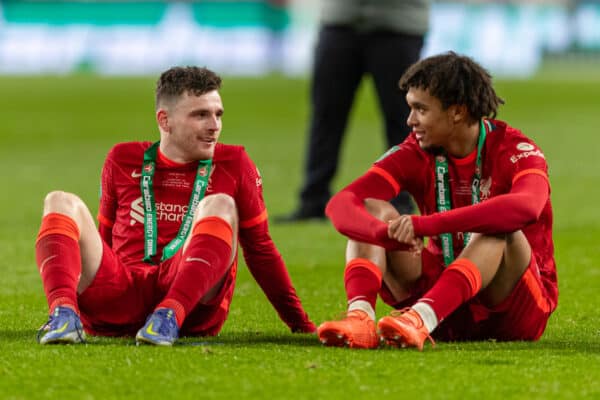 As role models in the position go, Alexander-Arnold is certainly a top choice for Ramsay and bodes well for Liverpool as they look to add his skill set to the position moving forward.

But while it is the game of Liverpool’s No. 66 that has captured Ramsay’s attention, the journey undertaken by Robertson to make the move from Scotland, to Hull and to Anfield has not been lost on the teenager.

Ramsay comes across as a grounded figure and he’s seen Robertson’s rise, for example, and feels he can go on to follow a similar trajectory.

“It’s good being linked with big clubs but I’ve just tried to block it out really. You can’t get caught up in all of that. That’s the worst thing, especially as a young player,” Ramsay said.

“I’ve just broken into the first team this season, so I’m trying to block it out and keep playing my game.

“If you come into the first team and play well, like I have, anything can happen.

“The likes of Aaron Hickey came in at Hearts. He did well and got a big move to Serie A and he’s been brilliant, scoring goals and everything.

“Andy Robertson at Liverpool and Tierney at Arsenal, they’ve all been brilliant and they’re players I look up to, especially as they are full-backs like me.

“I’ve seen what they’ve done. I feel I could go on to do that as well.”