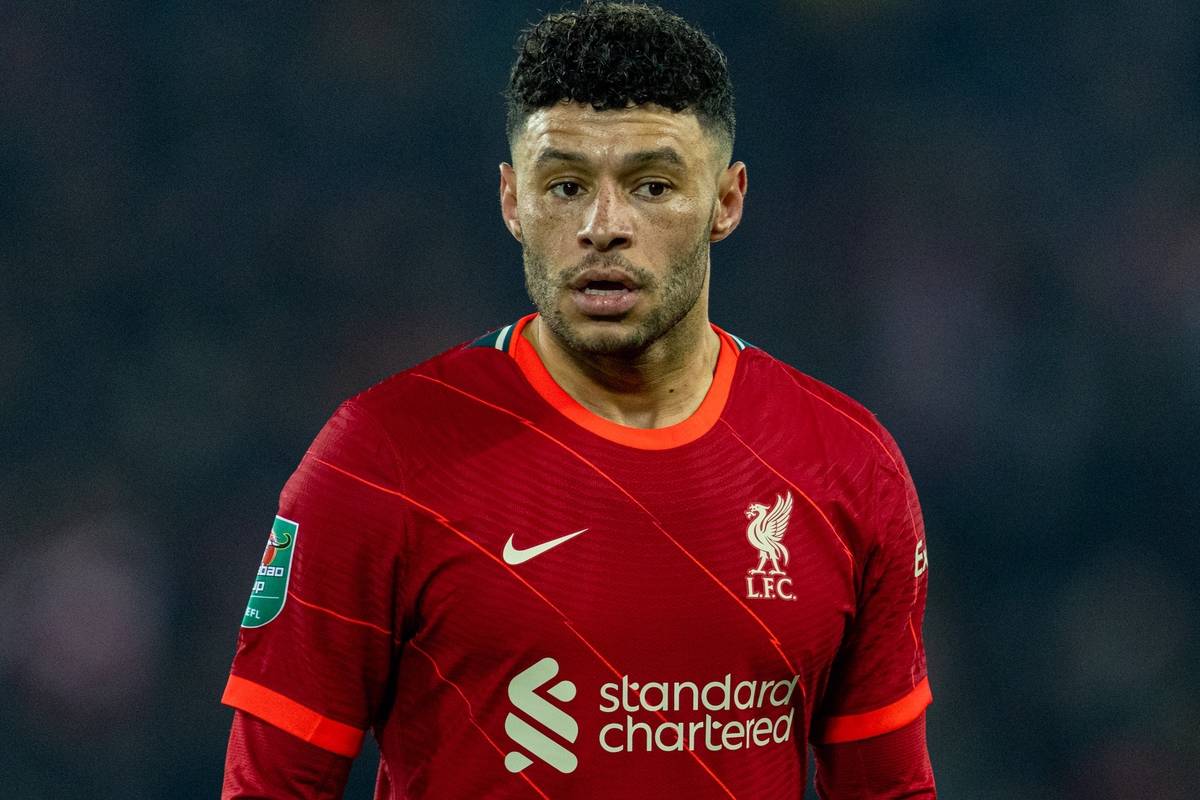 With only a year remaining on his contract, Alex Oxlade-Chamberlain‘s future has been widely discussed and that has made for mixed reports as to his plans for 2022/23.

The 28-year-old has found regular game time for Jurgen Klopp hard to come by, amassing just 1,511 minutes over the course of last season.

Despite being back to full fitness, Oxlade-Chamberlain was readily overlooked and did not feature for Liverpool after the trip to Nottingham Forest in the FA Cup back in March.

It left the feeling that a move would be firmly on the plans this summer rather than waiting another year to see out his existing contract.

Interest has been reported in his services, including West Ham, as Liverpool were said to have given the green light for a transfer this summer, with £10 million enough to seal a deal.

But the Echo then reported that “Anfield insiders” say that there are “currently no plans to sell” in the current window as he “remains part of Liverpool’s plans.”

If that whiplash is not enough, the Athletic‘s James Pearce has now stated that “Liverpool won’t stand in his way if the right opportunity comes up,” reiterating the £10m valuation.

It’s a stance that you feel is the authentic one and in line with Jurgen Klopp‘s philosophy not to hold players back from their wishes, but he will not be out of sorts should Oxlade-Chamberlain stay.

The 28-year-old featured 29 times last season and will know he could find more game time elsewhere in the Premier League, but walking away from this Liverpool team is a difficult decision in itself.

The re-introduction of the five substitutes rule in the Premier League could assist with his minutes at Anfield but there is no guarantee.

The sense then is that there seems to be no rush in making concrete decisions as of yet with the right club and deal needing to first come to the table for Oxlade-Chamberlain.