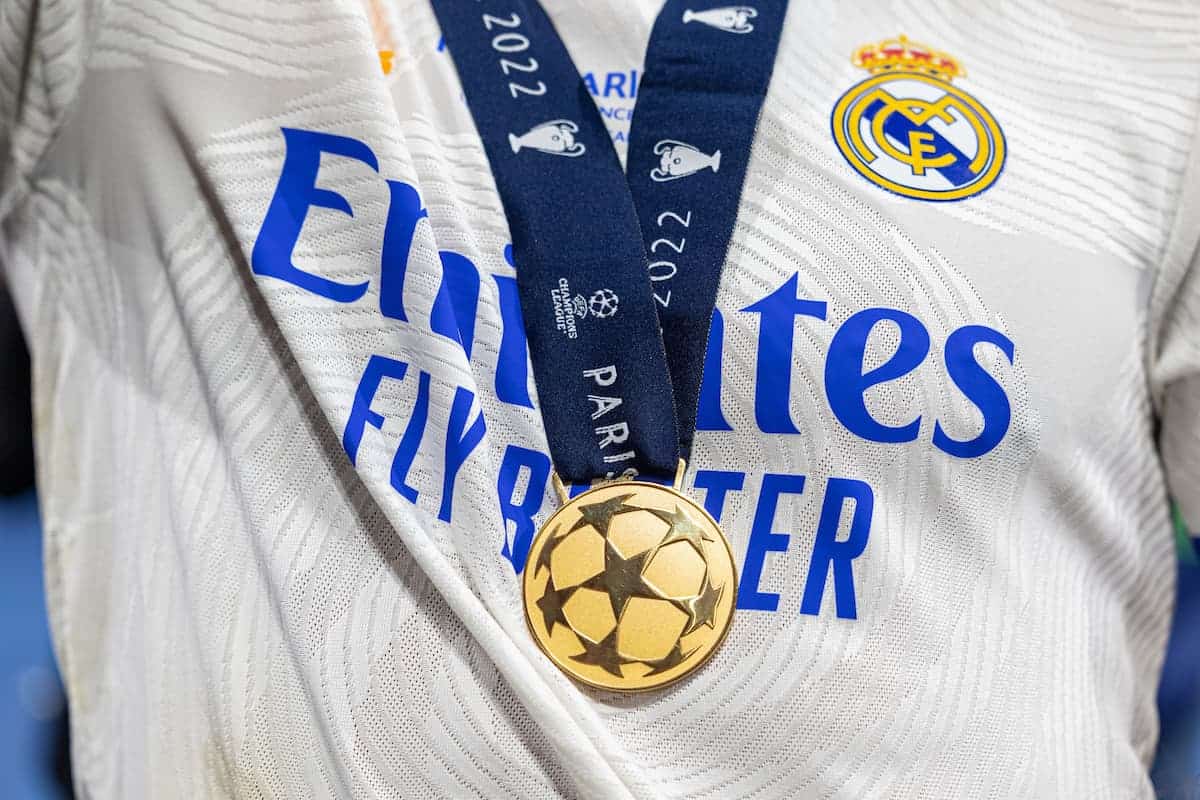 Real Madrid have joined Liverpool in demanding answers through an investigation into UEFA and French authorities after the Champions League final.

Following the events at the Stade de France in Paris last weekend, French ministers have specifically blamed Liverpool fans for causing issues outside the ground.

It is maintained by French minister Gerald Darmanin and sports minister Amelie Oudea-Castera that the attempted use of up to 40,000 fake tickets led to huge delays ahead of the final between Liverpool and Real Madrid.

In reality, thousands of fans were unnecessarily forced through bottlenecks and held outside closed gates while kickoff was delayed by 36 minutes, with many tear-gassed and attacked by locals before and after the game.

Despite the thousands upon thousands of eyewitness accounts and footage shared on social media, the stance has remained the same from Darmanin and Oudea-Castera.

An independent investigation is ongoing through UEFA, and now Real Madrid have joined Liverpool in demanding answers as they insist their fans were also victims.

A statement on Friday reads:

“Given the unfortunate events that took place on May 28 in the vicinity and entrances to the Stade de France, including inside the stadium itself, Real Madrid CF would like to state the following in defence of our supporters who were victims of these events:

“1. We want to know what were the reasons that motivated the designation of the venue of the final and what criteria were taken into consideration for what happened that day.

“2. Likewise, we ask for answers and explanations that determine who was responsible for leaving the fans helpless and defenceless – supporters whose general behaviour was at all times exemplary.

“We understand that what should have been a great celebration of football for all the fans who attended the game turned into unfortunate events that have caused deep outrage around the world.

“As has been clearly seen in the revealing images offered by the media, many of the fans were violently assaulted, harassed and robbed.

“Some events also took place when they were driving in their cars or buses fearing for their physical safety. Some of them even had to spend the night in the hospital for injuries received.

“Football has transmitted to the world an image far removed from the values and objectives that it must always pursue.

“Our followers and fans deserve a response and that the relevant responsibilities be cleared up so that situations like the ones experienced are eradicated forever from football and sport.”

Liverpool have requested that fans detail their treatment in Paris before a deadline of Sunday, June 5, with the feedback form accessible here.

First-hand accounts of the events in Paris: