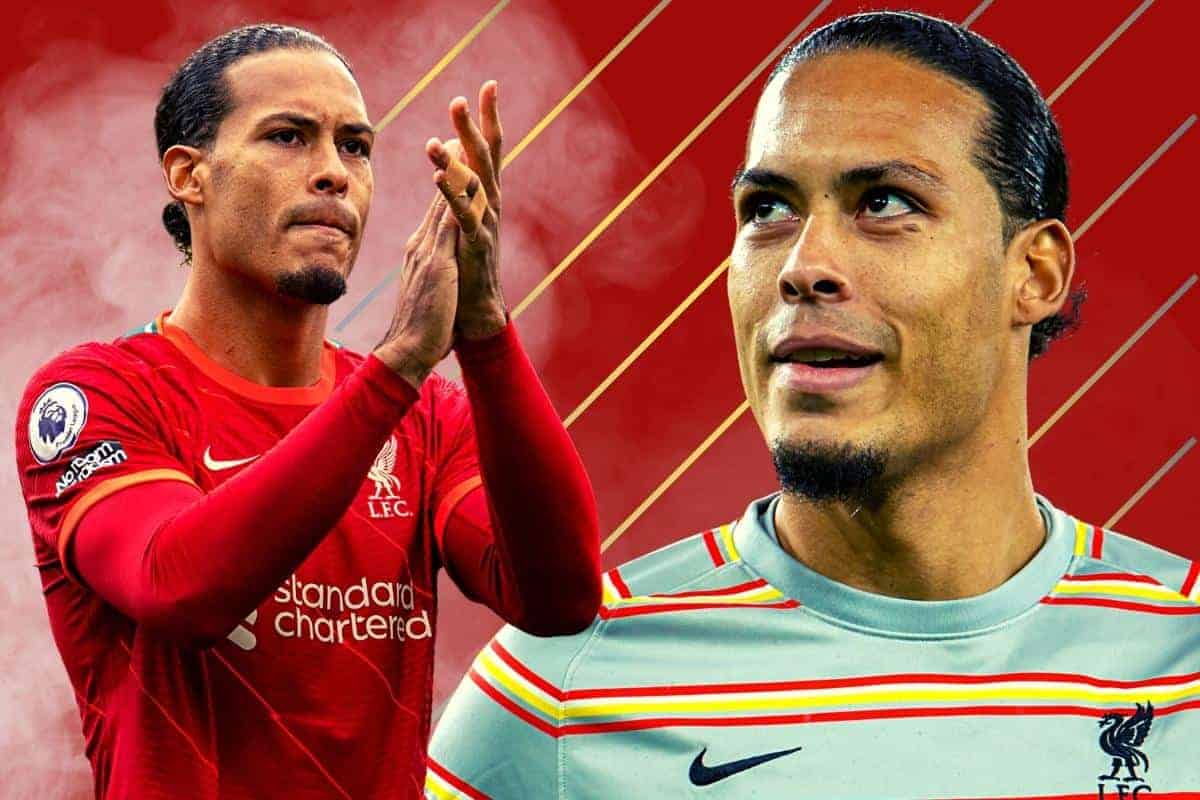 The man-mountain returned after surgery this season, more quickly than might have been expected – and Virgil van Dijk was again one of Liverpool’s, the league’s and the world’s standout central defenders.

Liverpool’s 2020/21 campaign was wrecked by defensive injuries, but none hit harder than that of Virgil van Dijk.

The worry was not just that it would see him miss a trophy push, a top-four chase and even the Euros, but that a serious knee injury could feasibly see him suffer for seasons to come – or not reach his absolute peak again.

We can now box off those fears as unfounded.

He has been enormous, outstanding, often quietly good at times as forwards simply give up the chase when they go up against him.

Magical overall he might have been, but it wasn’t plain sailing even for him.

Van Dijk returned, it should be remembered, for the very first game of the season and on the back of comparatively little pre-season action.

He was eased in a little, given the odd break from matches as then-new-arrival Ibou Konate got his first taste of action too, and the expected rustiness was evident.

In a few early matches there were patterns to where Van Dijk had to get back up to speed: passes in behind him, his need to turn around the long way, pushing off on his stronger leg first – a natural and protective reaction to overcome – and not quite having the blistering acceleration of previously.

But it’s testament to both the work he has clearly put in and the excellent medical team on hand at Liverpool that none of this was particularly long-lasting. 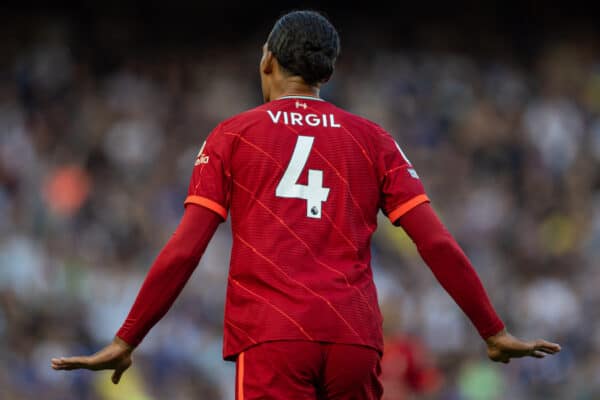 Van Dijk was still one of the best defenders in the league even when clearly below his own best, and only improved from there.

This is a good time to address another issue: after a couple of goals went in in similar fashion, there was talk of Van Dijk not closing down players quickly enough.

But as the campaign went on and it happened more, and to other players, it looks quite clear that this is a more deliberate aspect of play from Liverpool’s defence now.

There is trust in both Alisson and the low probability that opponents score from miles out, or on the run, versus the unpredictable outcome of a ricochet or deflection. 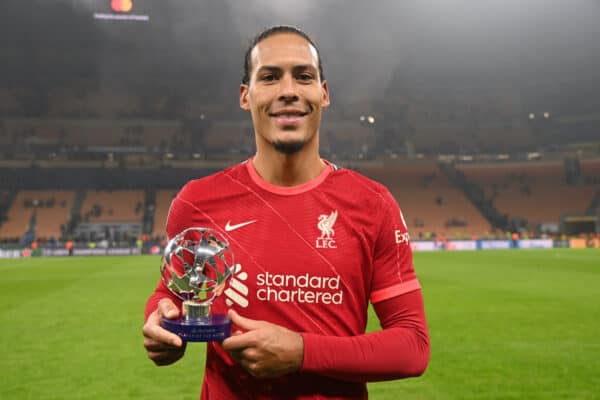 Between December 29 and May 27, Liverpool lost one game.

Amid the end-of-season disappointment of just missing out on two enormous trophies, that run of form and incredible consistency must never be overlooked or underappreciated.

At the heart of much of it, of course, was the spectacular form of Liverpool’s third captain.

Van Dijk’s mere presence was at times enough to ensure that even the sniff of a chance went begging for forwards.

One of the more memorable non-goal moments of our Champions League run was the sight of Lautaro Martinez visibly wilting when offered a chance to run one-on-one with Van Dijk, on a night at the San Siro when the Dutchman excelled.

It was one of several immense showings in a run of wins and a long unbeaten streak when his form was key to helping Alisson claim a share of the Premier League‘s Golden Glove award.

Two clean sheets in two cup finals domestically only adds to Van Dijk’s stellar season after his comeback from injury.

The dual role of Van Dijk 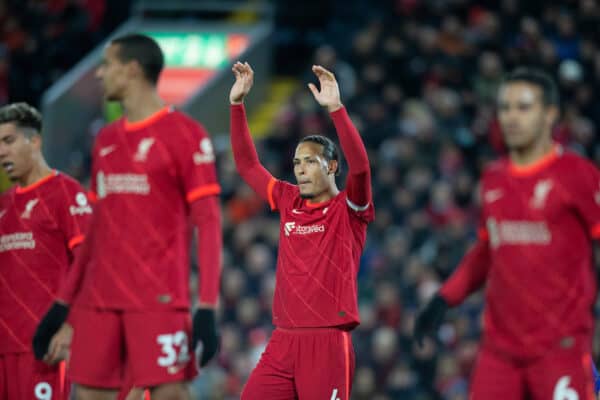 As good as he is to watch defending, it’s also important to acknowledge Van Dijk’s role isn’t just about performances, but an ability to impose his influence onto whoever he is playing with.

He has had several regular partners at Anfield, at times changing more than once a season due to injuries elsewhere, and yet it’s always the case that they gel seamlessly, complement each other perfectly and produce very strong showings.

It isn’t a coincidence, it isn’t a secret: Van Dijk’s role in the team is not just about big performances from a technical defensive sense, but also as a leader, an organiser and a director.

You can sense it even on TV – if he’s not on the teamsheet, there’s a sudden uplift in a hopeful voice from the pundits: might this be the day Liverpool drop two or three points?

Usually, it isn’t; with him, there’s almost no chance.

He helps Gomez, Matip and Konate immensely, he instructs passing through midfield when necessary and he celebrates goals with his arms lofted even before the shot has been taken.

What more could you want from the man?

Best moment: Probably the League Cup final where he was utterly monstrous and unruffled against a rotating cast of the Chelsea attack.

Worst moment: Oddly enough, a game he scored in and the Reds won: Van Dijk struggled at times in the 3-1 win at Crystal Palace in January. Not too bad when your worst game is a win, though.