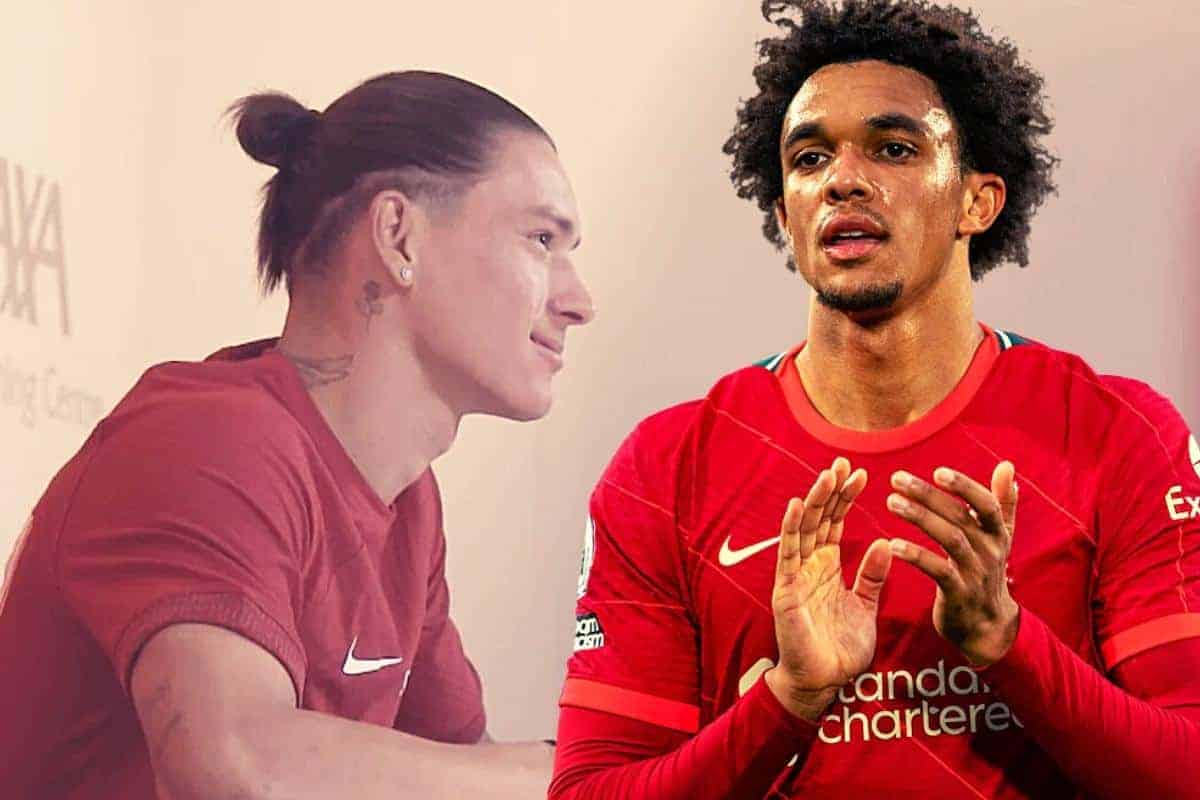 With Darwin Nunez now officially a Red, there was plenty of excitement for what lay ahead, and Trent Alexander-Arnold posed the perfect question to the new arrival.

Nunez arrived at Liverpool on Tuesday after another swift piece of business from the Reds this summer, with Jurgen Klopp relishing a player who “has all the pieces we look for.”

The Uruguayan is to don the No. 27, taking over the mantle from the departed Divock Origi, and already has supporters ready to see what he is to offer this incredible Liverpool side.

But fans were not the only ones welcoming Nunez to Anfield, with Alexander-Arnold dropping in on his break to send out a welcome message of his own – a brilliant one at that.

“Welcome to Liverpool! [Darwin]” Alexander-Arnold penned on Twitter. “How may I assist you?”

Countless times is the answer we hope to see next season and beyond!

Welcome to Liverpool! @Darwinn99 How may I assist you? ? pic.twitter.com/YvuzVJBfvg

Liverpool’s No. 66 amassed a remarkable 18 assists across all competitions last season, a career-high, and Nunez’s arrival certainly spells further danger for the opposition.

Nunez showed off a range of finishing with Benfica last season, with his 26 goals in the Primeira Liga seeing 16 come from his right boot, five from his left, in addition to five headers.

And you feel that final route to goal is to rise with deliveries from Alexander-Arnold and Robertson to come his way next season.

There’s plenty to be excited about there, and Nunez has already expressed his delight at the opportunity to play with Liverpool’s attacking “monsters.”

“To play alongside these ‘monsters’ is going to be something really special for me,” he said. “Because as a kid you dream of going far.”