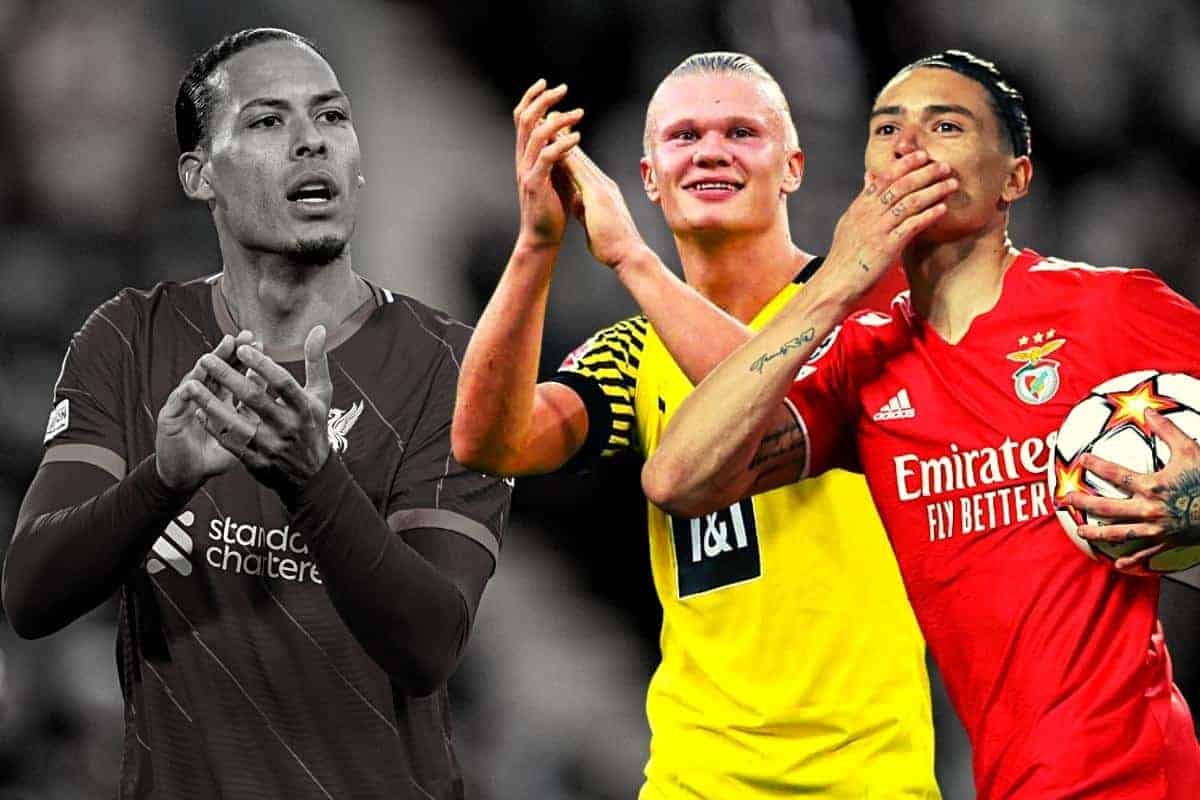 With Liverpool pursuing Benfica striker Darwin Nunez as a high-profile addition to their forward ranks this summer, he counts a big admirer in Virgil van Dijk.

Nunez has emerged as a candidate as Liverpool search for a replacement for not only Sadio Mane, but also Divock Origi, as part of a revamp of the forward line.

With Origi set to join AC Milan on a free transfer and Bayern Munich courting the wantaway Mane, there stands to be at least one new attacking signing this summer.

The Times‘ Paul Joyce has corroborated reports of interest in Nunez, though the Liverpool journalist has cast doubt over the possibility of a deal “at any cost,” with Benfica said to be asking for up to £85.5 million.

Nevertheless, the calibre of players reliably linked with the Reds already this summer suggests the club could go big in the transfer market.

Both Erling Haaland and Kylian Mbappe were sounded out before the former opted to join Man City and the latter agreed a new deal with PSG, with the fees involved almost immediately ruling out the self-sustaining Liverpool model.

It has also been claimed that Son Heung-min was considered prior to Tottenham finishing fourth in this season’s Premier League to qualify for the Champions League.

But Nunez could be a more realistic target despite his price tag, and with Haaland having signed for the Reds’ title rivals, the Uruguayan represents a more ‘Liverpool’ option.

Van Dijk certainly believes the two are comparable, as he told Rio Ferdinand during an interview for BT Sport and FIVE last month.

“It’s a different type of striker that we face now, doing very well, in Haaland,” he said when asked about his toughest opponents.

“It’s quite difficult to play against those guys.”

It was no surprise that Haaland was a no-go for Liverpool, as despite the transfer fee paid to Dortmund standing at a relatively low £51.1 million, he and his agent were also handed a combined £34.4 million in signing-on fees.

Haaland’s basic wages are reported at £375,000 a week, with bonuses potentially taking that up to £500,000 a week – which is considerably higher than the package being negotiated for Mohamed Salah.

Nunez, who boasts a similar profile to Haaland, would almost certainly be much cheaper, and less than a year older than the Norwegian he could be the perfect alternative.

It would only spice up the rivalry between Liverpool and Man City even more heading into next season.