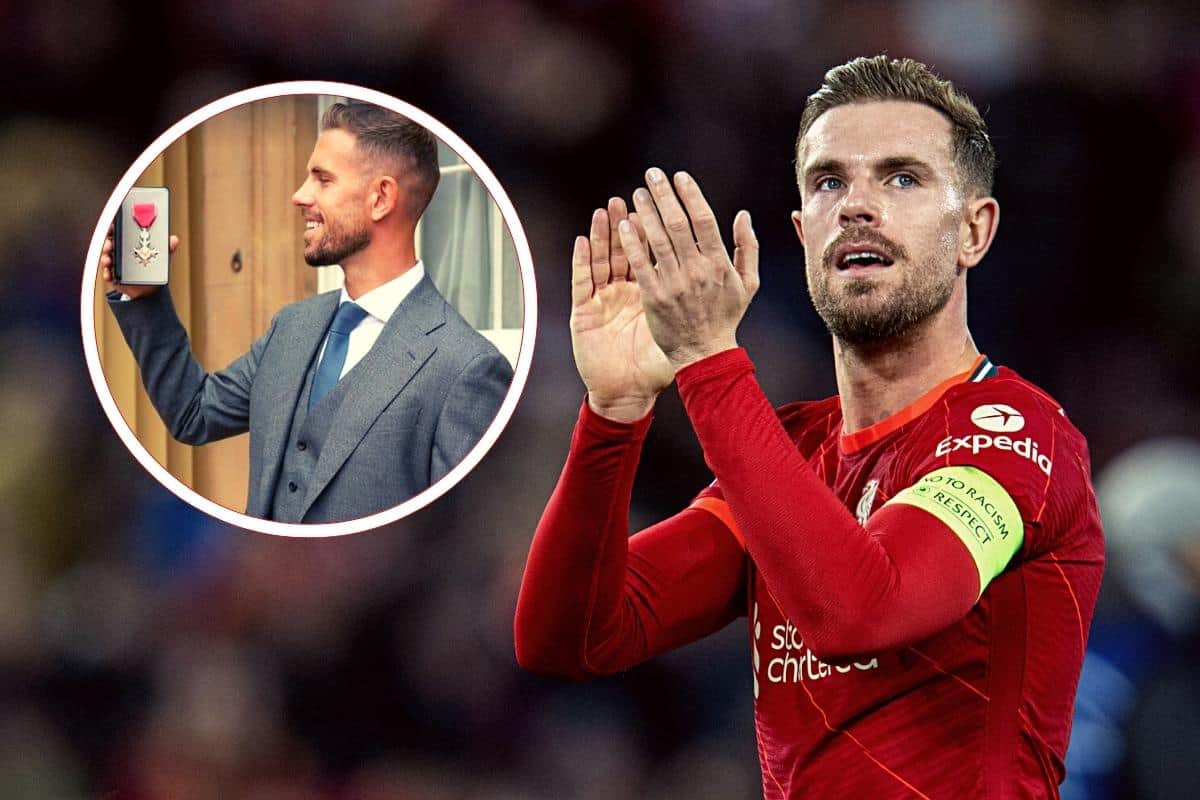 It was revealed last year that Jordan Henderson had been awarded an MBE for his services to charity and he was presented with the honour this week at Buckingham Palace.

The Liverpool captain has been a voice for many in recent years, leading his team on the field and countless others off it.

Henderson played a significant role in setting up a player initiative to support the NHS during the pandemic, and later became an ambassador for the NHS Charities Together organisation.

It is this service to charity that saw him named on the Queen’s birthday honours list in 2021, and he has now received his award from Prince William.

Henderson made the trip to the capital for a ceremony at Buckingham Palace and it left him “honoured.”

The Instagram post from the Liverpool skipper was inundated with messages congratulations from the likes of Harvey Elliott, Andy Robertson, Virgil van Dijk and Tyler Morton.

On news of receiving the MBE last year, Henderson said: “My family and I feel greatly humbled to be recognised in this way, more so given the reason for it.

“There are many privileges that come from playing professional football, but having a platform to promote a charitable cause such as Players Together and NHS Charities Together is as big a privilege as any.

“It’s important for me to state that although the honour has been issued to me personally, the credit must be shared to a far larger group of people and I accept this in the knowledge I was part of something special, rather than the reason for it.”

James Milner will be the next Liverpool player to receive a the honour after being awarded an MBE for his services to football and charity last month.