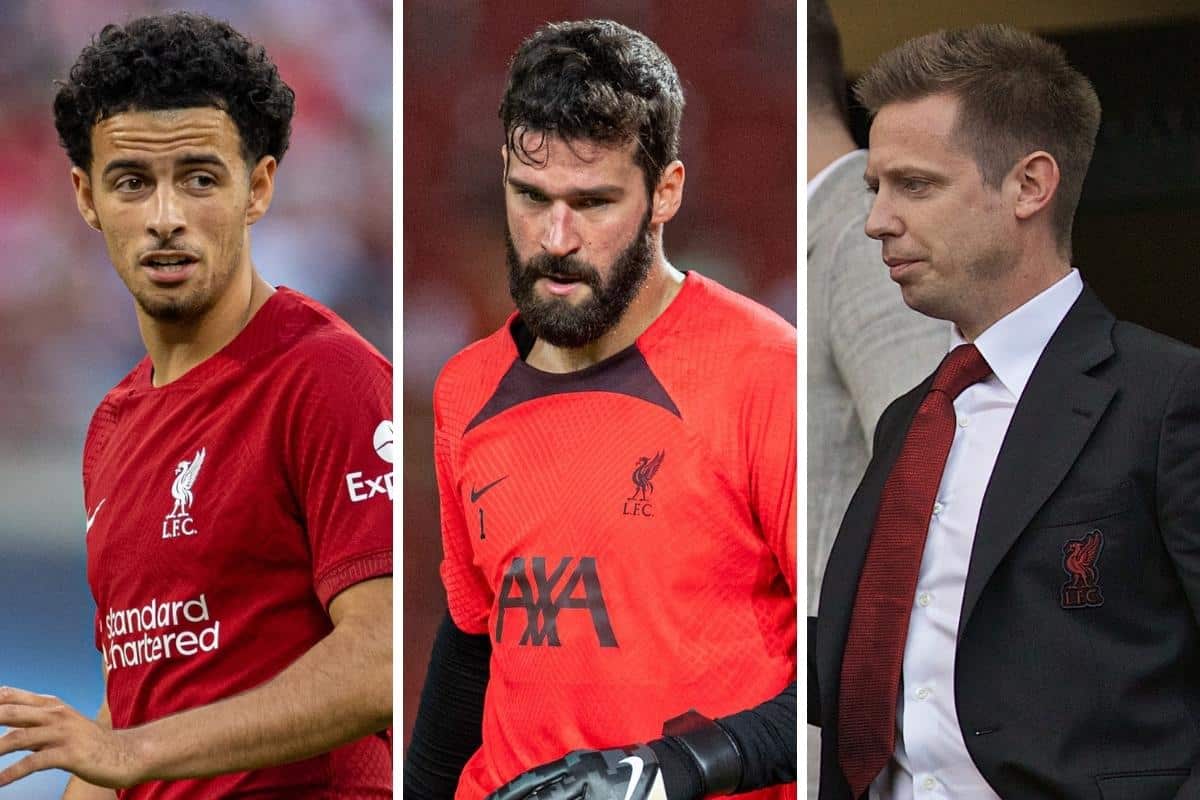 Liverpool are into the final stages of their preparation for the Premier League opener at Fulham, and Thursday brought positive news on Alisson‘s fitness.

With less than 48 hours until kickoff at Craven Cottage, the Reds took in one of their final training sessions at the AXA on Thursday afternoon.

Involved along with Adrian, Fabian Mrozek and Marcelo Pitaluga was Alisson, who appears primed to hit the target of full fitness in time to start against Fulham.

But among those absent was Curtis Jones, who is reported to have suffered a calf injury which, after scans, could rule him out for up to four weeks.

Jones joins the likes of Diogo Jota, Calvin Ramsay, Caoimhin Kelleher and Alex Oxlade-Chamberlain on the long-term injury list, while three others are also expected to miss Saturday’s clash.

There has been no sign of Ibrahima Konate, Kostas Tsimikas or Naby Keita in training, though Jurgne Klopp should give a better idea of the shape of his squad in his pre-match press conference at 11am on Friday. 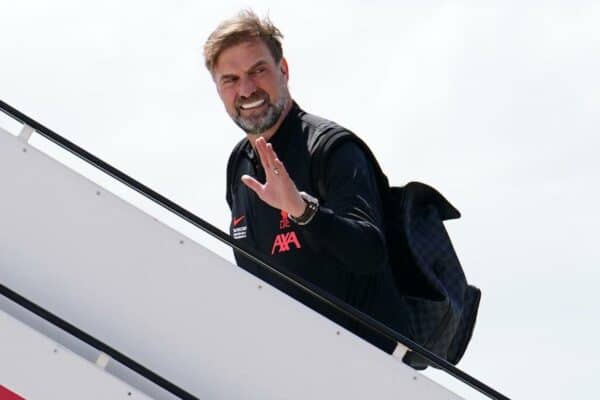 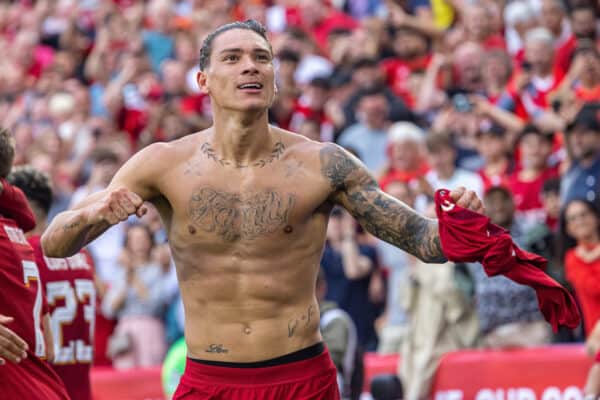 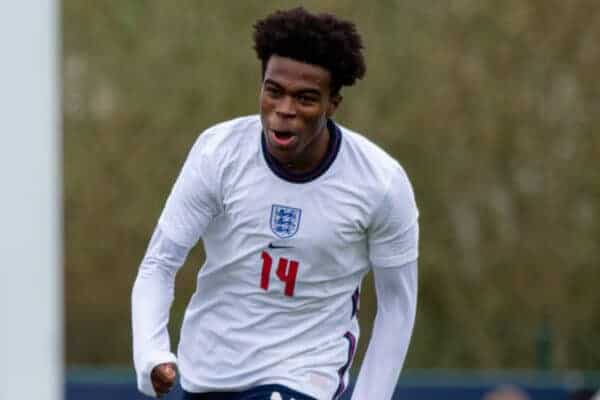 “I’m passing the phone to…” ?? pic.twitter.com/nqwUXB21Zj

It was technically yesterday, but how could we leave this out?!