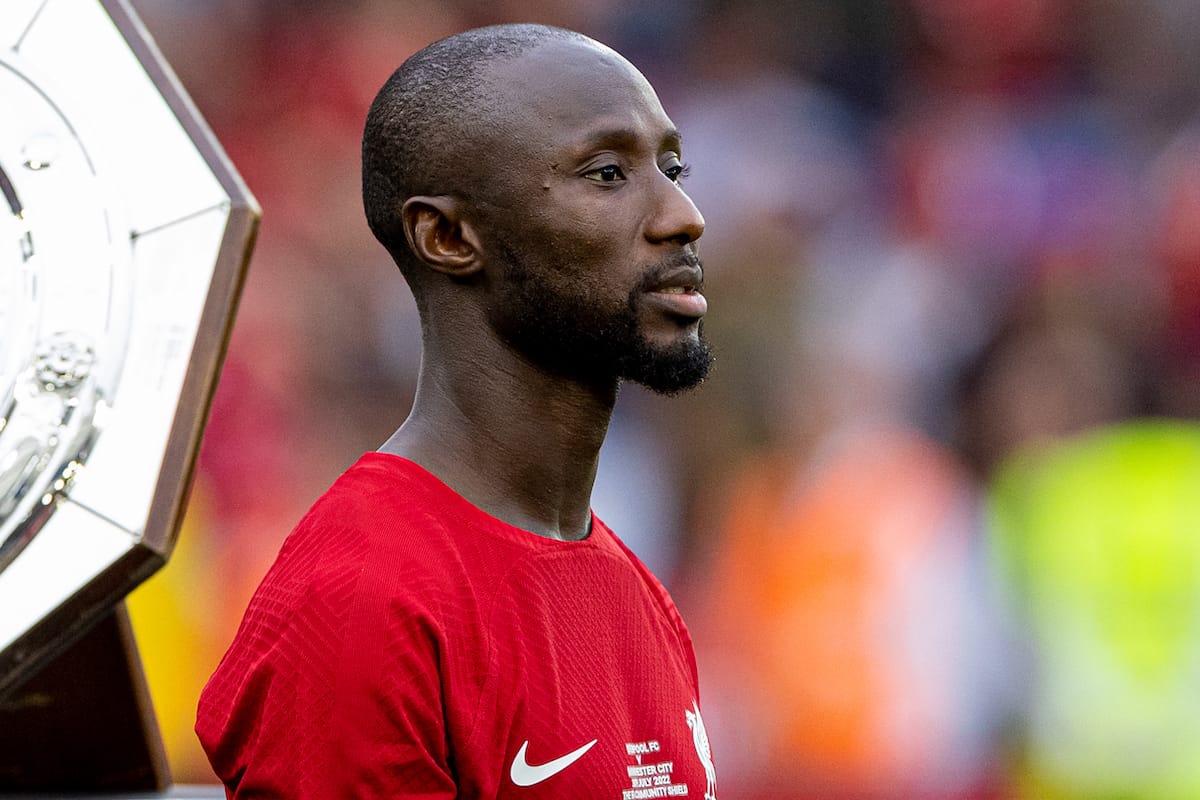 Despite Jurgen Klopp‘s insistence that there is “absolutely nothing” in rumours linking Naby Keita with a move from Liverpool, speculation continues in Germany.

“It’s really funny when I have to respond on ‘news’, because what you would learn if you sat on my side of the table is how often 0.0 [percent truth] is behind ‘news’,” Klopp told reporters on Friday.

“So you think, ‘oh, what can I believe at all?’. Nothing, absolutely nothing.”

This came following claims from Sky Germany’s Florian Plettenberg – a source close to Keita’s agent Bjorn Bezemer – that the player was “unhappy with his current situation.”

Plettenberg suggested that, with less than a year to go on his contract, the No. 8 could even push for a move before the end of the transfer window.

RB Leipzig are among the clubs credited with an interest in Keita, but it has been relayed by journalists on Merseyside that those within Liverpool are not aware of any desire to move.

However, Klopp did admit that he is “not a player who is overly happy when he is not playing,” which plays into the latest update from Plettenberg.

Update #Keita: Very important game against @ManUtd regarding his plans in this transfer window. Nothing has changed. #LFC wants to extend, Klopp wants him to stay. But talks have stopped, an agreement is not in sight at this stage. He wants to play regularly. @SkySportDE ??

Taking to Twitter on Sunday morning, the German journalist described Klopp’s team selection for the upcoming clash with Man United as “very important” with regards to Keita’s “plans in this transfer window.”

“Nothing has changed. #LFC wants to extend, Klopp wants him to stay,” Plettenberg wrote.

“But talks have stopped, an agreement is not in sight at this stage. He wants to play regularly.”

Sensationally, that would suggest that if Keita is not picked to start at Old Trafford, that could make up his mind over a transfer request before September 1.

It may be farfetched, but if Plettenberg is to be believed – and his connection to the ROOF agency gives credibility to his claims – then the 27-year-old has long been considering his position behind the scenes.

There is no guarantee Keita will start on Monday night, either, with the likes of Jordan Henderson, Harvey Elliott and James Milner also in contention for the two spots ahead of Fabinho in midfield.

Any movement over Keita would almost certainly force Liverpool’s hand when it comes to adding to their midfield ranks, with the likes of Sander Berge, Moises Caicedo and Jacob Ramsey all linked in recent days.