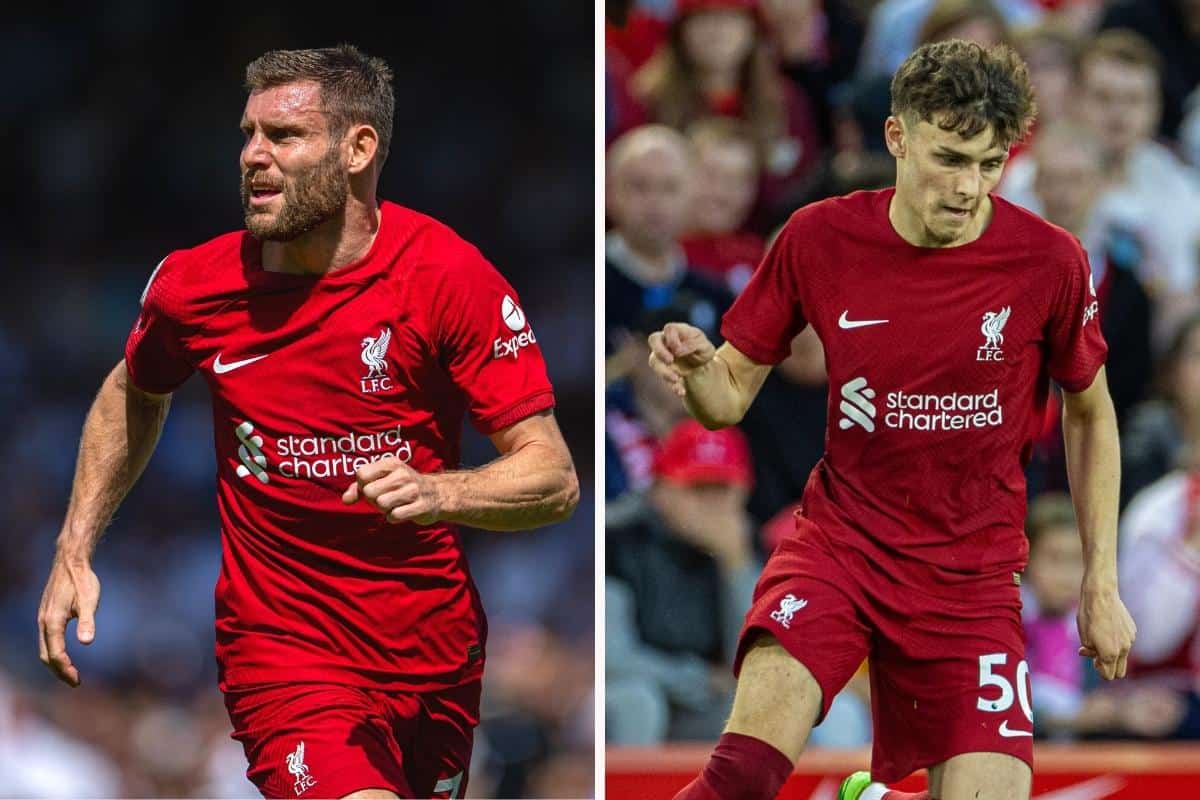 The 9-0 thumping of Bournemouth was incredible in more ways than one, and that includes a mind-blowing statistic involving James Milner and 17-year-old Bobby Clark.

The record-breaking win at Anfield was the club’s biggest in the Premier League and now takes its place in Liverpool’s list of thetop 14 biggest wins of all time.

But while Jurgen Klopp‘s side were busy seeing records tumble, Milner showed off his impressive longevity in the game when introduced in the 69th minute, for what was his 818th club match.

His introduction preceded the debut of 17-year-old Clark, whose presence created an unreal statistic as noted by writer Mark Carruthers on Twitter.

Bobby is the son of Lee Clark, former Newcastle great who played alongside Milner during their time together with the Magpies in 2005/06.

As it so happens, the pair came on as substitutes for Newcastle in August 2005, fast forward 17 years and three days, and Milner was substituted onto the pitch alongside Clark once more – this time Bobby, not Lee.

James Milner and Lee Clark came on as subs for Newcastle in a 2-0 PL defeat at Bolton on 24th August 2005.

Appearing with both a father and a son in the Premier League more than 17 years apart – it just sums up Milner, his longevity and his dedication to the game.

Carruthers then only adds to the intrigue of it all by revealing another of Milner’s teammates back in 2005 was present at Anfield against Bournemouth, that being the Cherries’ manager Scott Parker.

What an interesting set of circumstances!

We should also add that Clark, Bobby that is, was only six months old when Milner played alongside his dad at Newcastle, and now he is sharing a dressing room and pitch with the midfielder.

Mind-boggling in all the good ways.