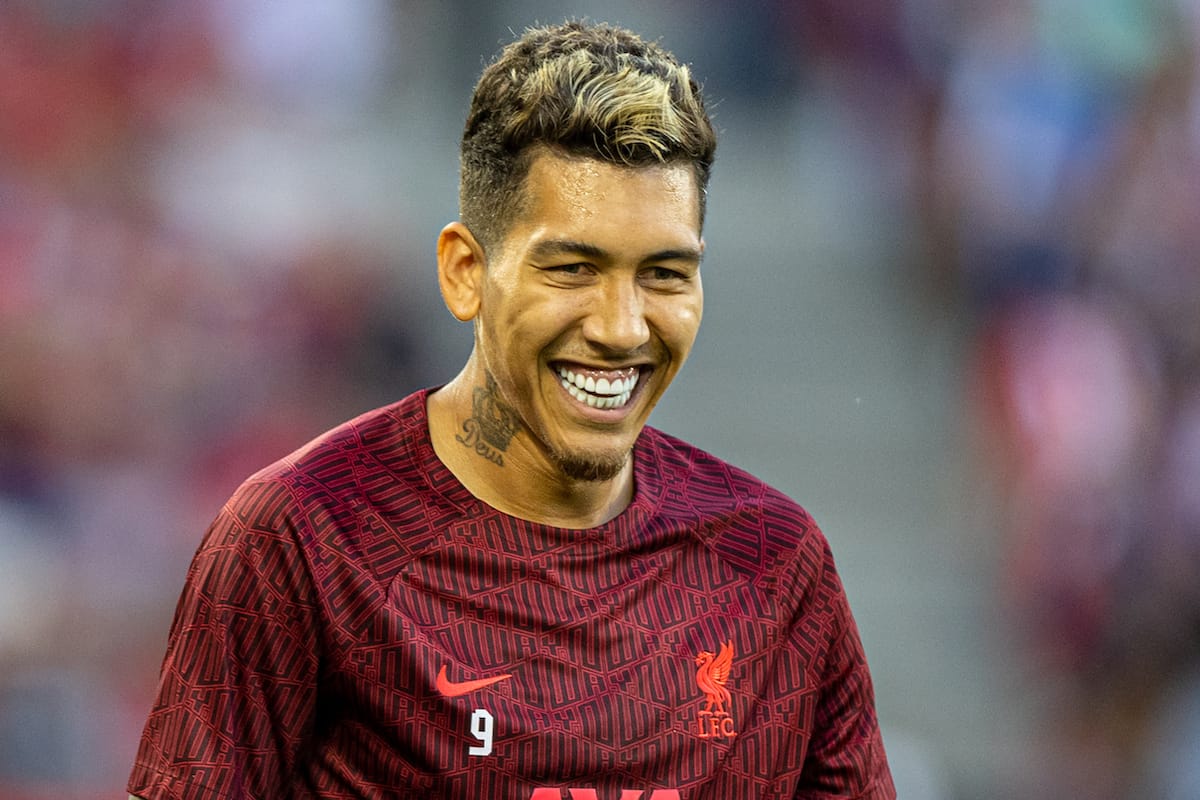 There has been plenty of speculation over Roberto Firmino‘s future in recent weeks, but the Brazilian has made his intentions to stay at Liverpool known, again.

With only a year remaining on his current contract, Firmino has been linked with a move this summer and Juventus was the club linked by some less reliable media.

There had even been mention of a £19 million bid in the Italian press, but suggestions of an exit have been quashed on Merseyside.

And Firmino himself has again reiterated his desire to stay at Liverpool, having fallen in love with Liverpool and all it entails.

“I love this team, this city and the fans,” he told TNT Sports Brasil, as translated by the Independent. “I’m here. I want to stay of course.” 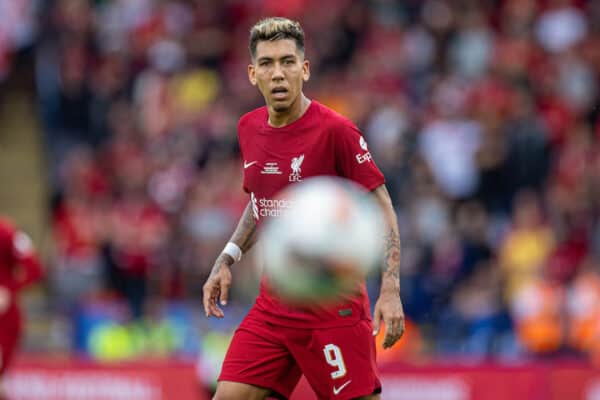 It leaves little room for any intent from him to leave this summer, not that Liverpool would entertain such a move, even if the Brazilian is in the final year of his deal.

Whether Liverpool offer Firmino a new contract remains to be seen, but Jurgen Klopp was non-committal on the matter when he spoke to the press last week, though he was full of praise for his No. 9.

“Bobby is crucial for us. Bobby is the heart and soul of this team. The way we played in the last few years was only possible because of Bobby,” Klopp told reporters.

“All the rest, we will see how this year goes. But yes, he is essential for us.”

Firmino is expected to start at Fulham as Darwin Nunez continues to adjust and ease in and Diogo Jota remains sidelined, presenting a valuable opportunity for the Brazilian to make a mark.

Persistent injuries last season saw him drop in the pecking order for Liverpool and fall out of favour with Brazil, but his value to the team remains, as does his dedication.