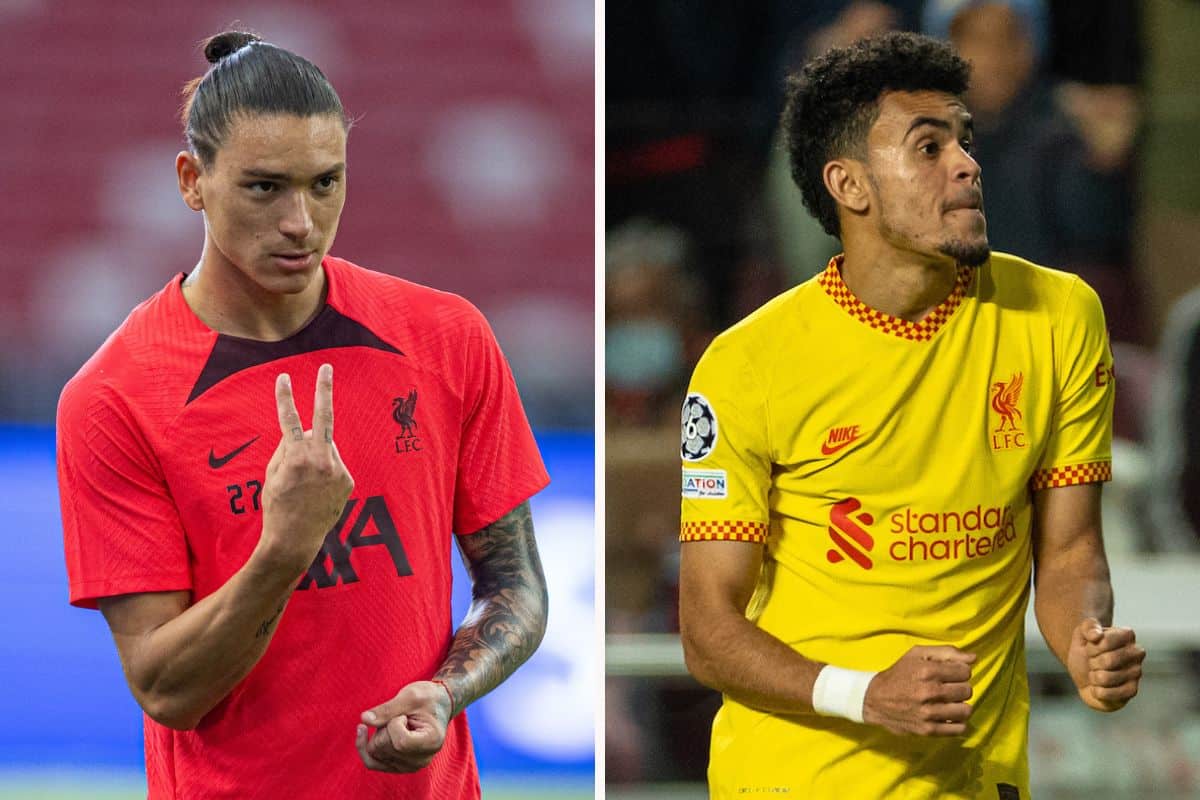 Liverpool’s £85 million signing Darwin Nunez has admitted to being nervous in the early weeks of his time at the club, but when he truly came out of his shell, Luis Diaz loved it!

The Uruguayan arrived in June after a 34-goal season with Benfica convinced the Reds to make him their club-record signing.

With such a big price tag comes a certain amount of pressure, and Nunez himself has said he was nervous when he first joined up with his new team-mates in pre-season.

There was one night, though, when Liverpool’s new No. 27 really started to feel at home, and he’s not looked back since.

It wasn’t the friendly against Red Bull Salzburg that saw him open his account in emphatic fashion with four goals, nor the day he produced a match-winning cameo against Man City to win the Reds the Community Shield.

Instead, it was Liverpool’s karaoke night during their pre-season trip to Austria, and Nunez’s performance stole the show.

The Daily Mail‘s Dominic King says some at the club wondered what the striker would make of the annual open mic night, after giving the impression that “he would need time to settle” in the first few weeks of pre-season.

His performance, though, had everyone on their feet, not least his South American compatriot Luis Diaz, who according to King was “dancing with a shirt around his head,” before many of his team-mates followed suit.

Nunez has shown great promise in his first two competitive matches for the Reds, coming off the bench to score against City and in the Premier League opener against Fulham.

He wasn’t the only Liverpool player to sing on the night, with all of the Reds’ new signings likely to have been asked to perform.

At the time, footage emerged of Yinka Ademuyiwa, a backroom staff member who is part of the kit coordination team, producing a stunning rendition of Vanilla Ice’s ‘Ice Ice Baby’.

In the days after, Jurgen Klopp said he wished the night had been filmed and posted on social media, claiming the bond between his squad was something “he’d never seen before.”

Pep Lijnders has also spoken of the brilliant scenes on the night, singling out Diaz as the player who got the party going with a brilliant performance of his own.

Nothing like a bit of karaoke to break the ice!