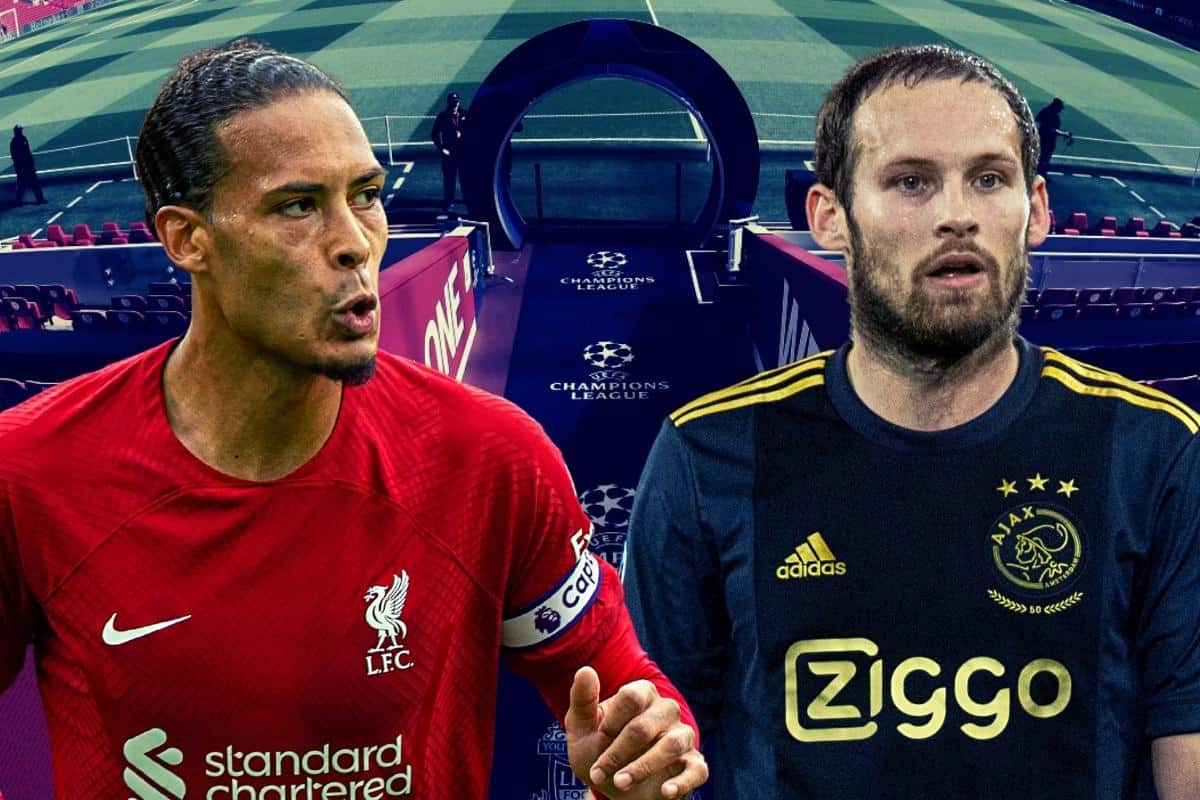 10 key things to know ahead of Liverpool vs. Ajax

A night under the Anfield lights awaits as Champions League action continues with the visit of Ajax, a side very much in contrasting form to Liverpool.

After an unexpected Premier League postponement over the weekend, Liverpool have had longer than anticipated to prepare for the visit of the reigning Dutch champions, a side in red hot form.

They are not words you can use for Jurgen Klopp‘s side currently but there is no time like the present to start the upturn in form, in what could be the final game before the international break.

Here are 10 key things you need to know ahead of Tuesday’s kickoff!

It’s been a stuttering start to the season for Liverpool, one that has led to a long list of thoughts and questions trying to diagnose the issue/s after only two wins from seven across all competitions.

It’s a far cry from the in-form Ajax who are on a run of seven consecutive victories ahead of their trip to Anfield, scoring 25 and conceding just three in that time.

Contrasting form, to say the least!

In four of their seven games, they’ve scored four or more goals – Liverpool certainly need to be switched on and bring the intensity. 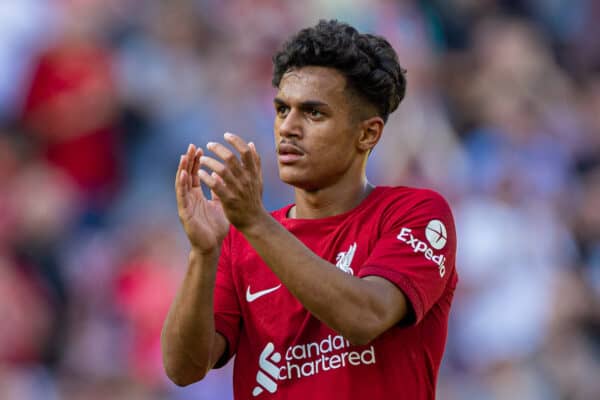 The Reds have been taking one step forward, two back and one to the side with injuries so far this season.

The good news is that Thiago, Diogo Jota and Joel Matip are back and have some minutes under their belt, a welcome boost across each department, and Fabio Carvalho is available.

The bad news is that Andy Robertson has picked up a knee injury and will be “out for at least [until] after the international break.” 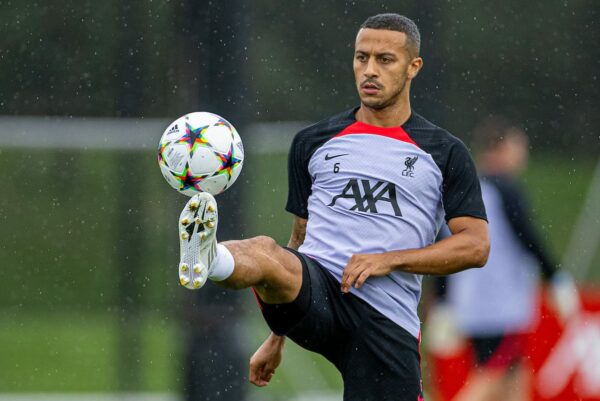 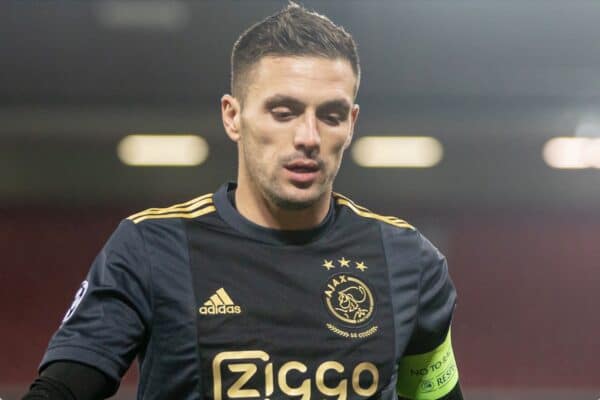 There’s been no injury curse for Ajax and thus manager Alfred Schreuder has few concerns across his squad for this match, what a wonderful feeling that must be.

A 24-man travelling squad has been confirmed, with left-back Owen Wijndal the only notable absentee.

You will see a number of familiar faces, though, with ex-Man United man Daley Blind still going strong, as too Dusan Tadic, Steven Bergwijn and ex-Everton duo Maarten Stekelenburg and Davy Klaassen.

Bergwijn is the danger man for Ajax, having scored seven in seven.

4. How could the Reds lineup? 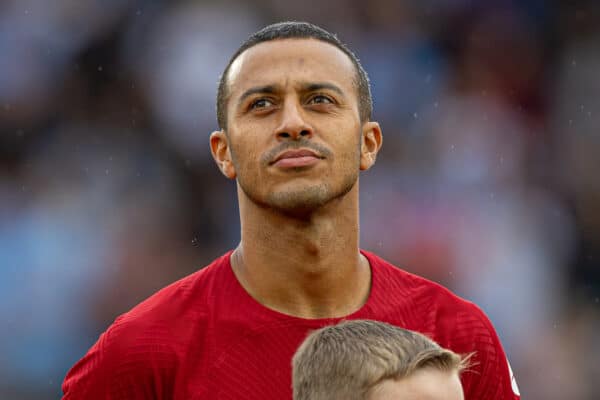 The manager used the term “reinvent” a number of times after the “horror show” at Napoli last time out and that could certainly play into his decision-making here.

Klopp isn’t looking for a “new kind of football” but will want to see sustained effort, pressure and intensity to ensure his team is compact rather than simply acting likes cones in a training exercise.

Thiago will be in line to make his first start since the opening day, Joel Matip could squeeze Joe Gomez out of the side, and Kostas Tsimikas will certainly replace the injured Robertson.

Meanwhile, Trent Alexander-Arnold may find himself lucky to remain in the XI thanks to a lack of competition at right-back. 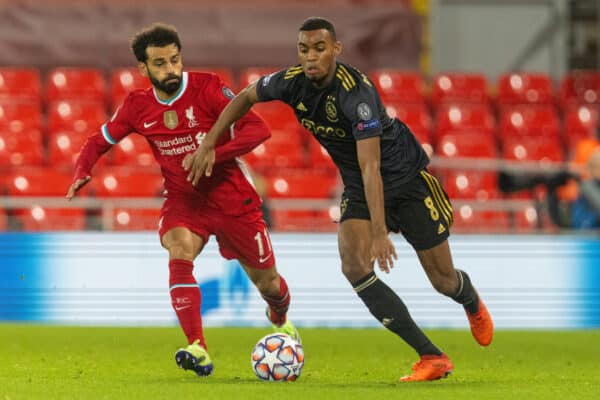 Liverpool last faced Ajax in the Champions League group stage in 2020, but in the two years since those meetings plenty has changed for the Dutch side.

Firstly, Erik ten Hag is now manager of Man United and Alfred Schreuder has taken the helm at Ajax – and it’s fair to say he’s made a positive start!

The Dutchman predominantly utilises a 4-3-3 system, with the midfield the area of the pitch you’d likely see tweaks from one opposition to the next.

As for personnel, only six of the 18 players to feature against the Reds last time out remain with the club: Dusan Tadic, Daley Blind, Davy Klaassen, Edson Alvarez, Mohammed Kudus and Perr Schuurs.

The Reds, on the other hand, have seen only six players who were named in a matchday squad against Ajax leave the club permanently in the last two years.

6. The last game before international break?

Liverpool’s match against Wolves on Saturday was postponed after the death of the Queen and the trip to Chelsea on Sunday is also expected to follow suit.

The Queen’s funeral is in London on Monday and a limitation on police resources is likely to result in the match at Stamford Bridge to also be postponed.

It would mean this Champions League clash is the final game before the international break, leaving a 17-day gap between the clash with Ajax and the next fixture at home to Brighton on October 1.

Talk of reversing the Chelsea fixture and seeing Anfield host the match on Sunday has been speculated but it’s not expected to be the solution.

Instead, we’re to have an extremely congested few months to start 2023!

7. ‘Have to show reaction to horror show’

Speaking in his pre-match press conference, Klopp detailed what has unfolded in the days since the defeat at Napoli, with nothing held back as the Reds seek a response:

“A lot of thoughts and meetings with the players. I watched the game back plenty of times and it was a real horror show, to be honest.

“We showed the boys the situation as well. They knew, but then seeing it again makes it really obvious. That was the worst game we’ve played since I’m here.

“We’ve had a few bad games, we all know that, probably Aston Villa and some others where we were just not up to speed, but there were always glimpses of us even in these games. In this particular game – nothing.

“We have to show a reaction, definitely. That doesn’t guarantee a result, Ajax are pretty much in an opposite situation having won all their games.” 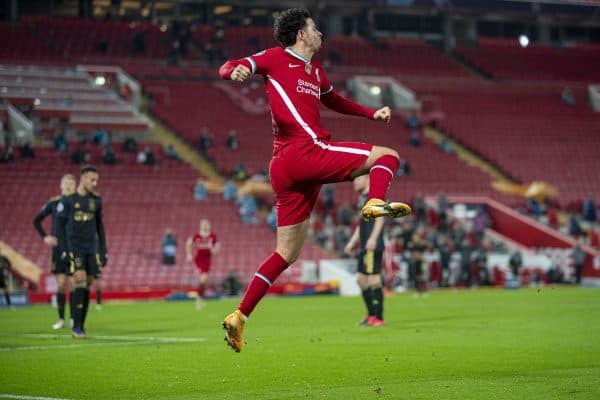 We all need some positivity and some hope, and Liverpool’s recent record against Dutch sides offers just that.

Of course, it is not indicative of how Tuesday night is to unfold, but we’ll take what we can get after the start of the season we’ve had.

In eight ties against Dutch clubs at Anfield, Liverpool are unbeaten, having won six and drawn just two. Five of those victories have come in Europe’s premier competition.

And because we want to keep those good omens in mind, since the last defeat to Ajax in Amsterdam in 1966, the Reds are unbeaten against Dutch outfits in 15 games, with 10 wins and five draws.

9. A Portuguese referee to take charge 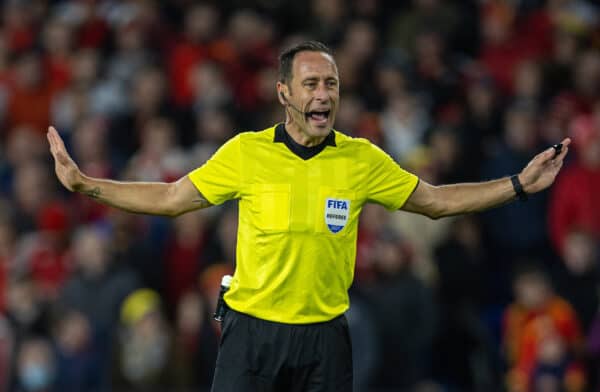 Artur Dias (POR) is the referee in charge of Tuesday’s game, his first match overseeing Liverpool.

The Portuguese referee spends the majority of his time in the Primeira Liga and this will be his first game in the Champions League group stage having overseen two qualifiers back in August.

In those two European games he dished out 11 yellow cards and one red card.

Let’s hope it’s one for one with Dias in the middle.

10. Spend an evening with TIA 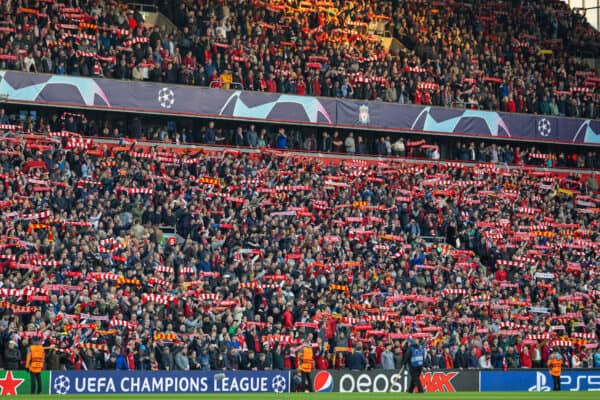 Liverpool vs. Ajax kicks off at 8pm BST, and BT Sport 2 is the place to tune in for those of you in the UK, with coverage starting from 7pm.

But if you’re not at Anfield and want to keep up to date with all the action, Sam Millne has you covered with his biased commentary on This Is Anfield’s matchday live blog.