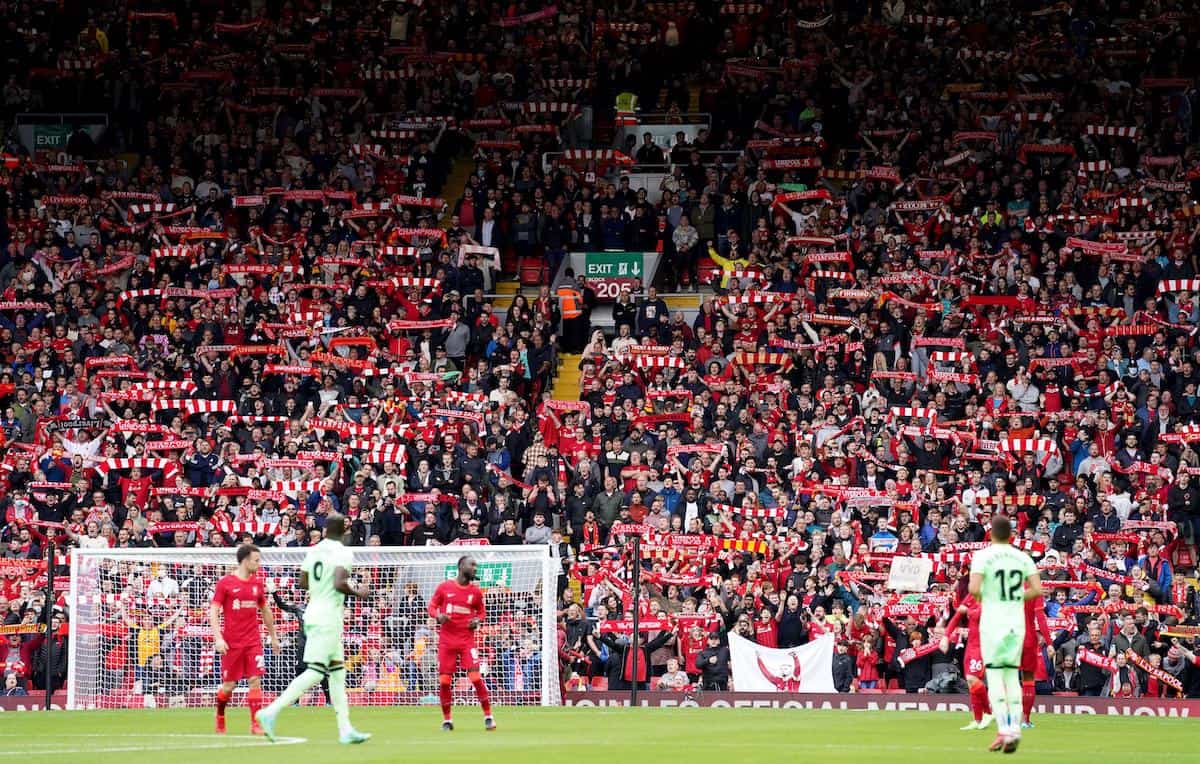 The Football Supporters’ Association has described the decision to postpone matches across the country this weekend as “an opportunity missed for football.”

On Friday morning, with a little over 24 hours notice, the Premier League announced that all 10 of this weekend’s fixtures, including Liverpool vs Wolves, were being postponed “as a mark of respect” for the Queen, who passed away on Thursday.

It’s not just the Premier League who have made the decision to call games off, with the vast majority of matches down to grassroots level postponed.

Some fans have questioned the decision to cancel the matches at such short notice, pointing out the impact it has on people who have spent money arranging travel and tickets during a financial crisis, as well as local businesses who rely on income they receive around games.

Several other sports are to continue as normal this weekend, with various golf, cricket and rugby events taking place as scheduled.

It was with great sadness we received yesterday's news that the Queen had died peacefully at Balmoral. Following that, the football authorities have today said the game would be postponed, from the PL to grassroots. Our response is below. pic.twitter.com/DjB593V6NE

The Football Supporters’ Association have expressed their disappointment at the decision to postpone games, questioning why fans weren’t given the opportunity to pay their respect to the Queen at matches.

“We believe football is at its finest when bringing people together at times of huge national significance – be those moments of joy or moments of mourning,” an FSA statement read.

“Our view, which we shared with the football authorities, is that most supporters would have liked to go to games this weekend and pay their respect to the Queen alongside their fellow fans.

“Not everyone will agree, so there was no perfect decision for the football authorities, but many supporters will feel this was an opportunity missed for football to pay its own special tributes.

“As usual, the Football Supporters’ Association will be collating advice about supporters’ entitlements regarding expenses incurred relating to postponed games this weekend.”

The postponements have also hit several local companies hard, with Anfield based community-led business Homebaked releasing a statement of their own on Friday.

With most people continuing their lives as normal this weekend, it’s hard to see why football must be cancelled, especially at such short notice.

Some supporters enjoy following their teams for the benefit of their own mental health, and while it’s understandable that some want to pay their respects this weekend, surely there were plenty of ways to do that while in attendance at football matches.