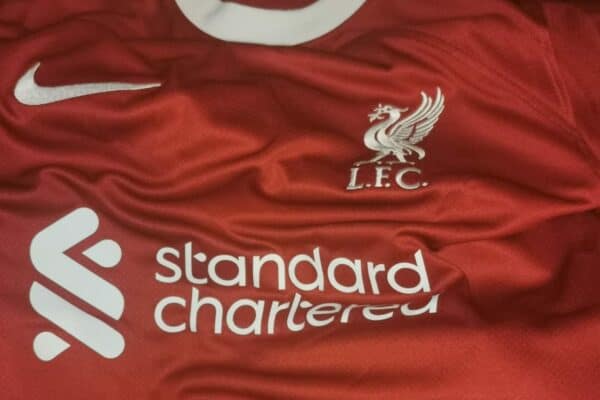 Liverpool are expected to wear a throwback as their home kit for 2023/24, with a new leak showing more detail of a design brought out of the 1960s.

It is no surprise, of course, that Jurgen Klopp‘s side will wear red at Anfield next season.

That will always be the case, and ahead of the 2023/24 campaign, the reported colourway for Nike’s latest home offering is ‘gym red’ and white.

The design, if the reliable Footy Headlines and Twitter kit enthusiast @KB2X are to be believed, will be similar to that worn during the club’s first FA Cup win in 1965.

A simple, all-over red pattern is expected to be accented by white detailing for the collar and cuffs along with the logos, including the LFC badge.

It is also reminiscent of the home shirts worn throughout the 1970s and by Gerard Houllier’s Liverpool during both the 1998/99 and 1999/00 seasons.

The latest leaked photo by @KB2X certainly suggests it will throw back to those campaigns over two decades ago, with the bold, crew-neck collar showing through in an up-close image:

This follows a previous leak from the same source, which appeared to be an early mockup, with this update likely to be closer to the finished article.

There is a faintly embossed crosshatch design over the entire body of the shirt, with further stitching across the shoulders and under the armpits.

Liverpool will typically have finalised designs for the next season by this stage, and the new home kit should be worn on the final game of the campaign at Anfield.

As it stands, that will be against Aston Villa on May 20.