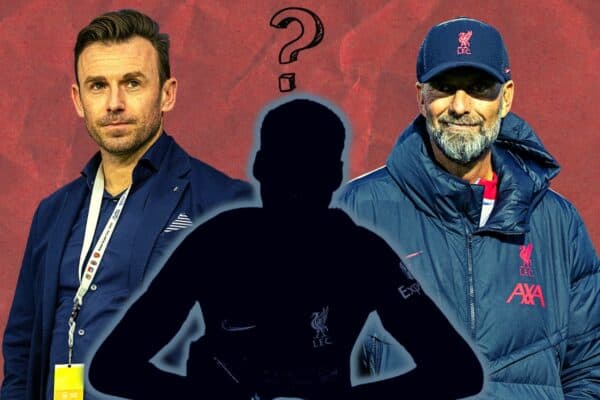 What else to expect from Liverpool in the January transfer window

The January transfer window is officially open and Liverpool have already made their first signing, but what else can we expect before deadline day?

With injuries to Luis Diaz and Diogo Jota proving costly, the Reds moved quickly to seal a deal worth up to £44 million to sign Cody Gakpo from PSV Eindhoven.

The formalities of Gakpo’s switch to Merseyside, which is valued at an initial £37 million, will be completed on New Year’s Day.

January 1 also brings the first day of the winter transfer window, and clubs across the Premier League are looking to bolster their squads in a uniquely challenging campaign.

But with signing No. 1 already confirmed, what else could see from Liverpool this month?

The pursuit of Gakpo was typical of modern-day Liverpool; a deal that came out of the blue, developing swiftly to nip in ahead of any other potential suitors.

Journalists on Merseyside were not aware of the transfer until around an hour before PSV confirmed their agreement, and that is likely to be the case with any further additions.

“Quite a few people were involved and knew about it and nothing came out,” Jurgen Klopp said recently of the Gakpo deal, “which is very, very helpful in all departments.”

The next arrival is expected to come in midfield, though whether that will be in January or in the summer remains to be seen.

For what it’s worth, local reporters have dismissed claims of bids for Brighton‘s Moises Caicedo and Benfica’s Enzo Fernandez, while any transfer for Dortmund’s Jude Bellingham would almost certainly need to wait until the end of the season.

Fiorentina’s Sofyan Amrabat is another name that has been touted as a possible target, but speculation surrounding the Morocco midfielder has gone quiet.

While Bellingham is the priority target, perhaps another surprise signing could be clinched this month.

It is not often that Liverpool sanction sales mid-season, and in fact, the last time they did so was with Dominic Solanke‘s £19 million move to Bournemouth in 2019.

That isn’t to say there won’t be any departures this month, with Nat Phillips the most likely sale if the right offer emerges.

Phillips was denied a permanent switch to Bournemouth, along with potential loans to Southampton, Burnley or Benfica, in the summer due to injury problems for Joel Matip and Ibrahima Konate.

The 25-year-old has remained committed, and has featured in the matchday squad on 21 occasions so far including four appearances, but January brings another opportunity to seek first-team football.

Liverpool will stick to a sizeable price tag for the centre-back, as would be the case for any other fringe figures who attract interest.

It would be interesting, though, whether bids for players soon to be out of contract would change the landscape, with Alex Oxlade-Chamberlain, Naby Keita, Roberto Firmino, James Milner and Adrian all due to see their terms expire on July 1.

Keita is the most feasible mid-season departure of that group, having already pushed for an exit in the summer via his agent, amid links to former club RB Leipzig.

Unlike the sales department, it is likely that director of loan management David Woodfine will have a busy month alongside sporting director Julian Ward.

Liverpool already have 17 players out on loan this season, but others could join that cohort this month while some may change clubs after hit-and-miss starts.

Firstly, there could be recalls for Marcelo Pitaluga and Billy Koumetio, the former having shone at non-league Macclesfield and the latter having seen his minutes limited at Austria Wien.

Pitaluga is expected to head to a club in the Football League, while Koumetio could rejoin the Liverpool under-21s for the second half of the season.

There had been speculation over a recall for Max Woltman, too, but he is now likely to stay at Doncaster, as will Tyler Morton and Conor Bradley at Blackburn and Bolton respectively.

In terms of new loans, Liverpool are seeking a deal for academy goalkeeper Liam Hughes, while the likes of Jake Cain, James Norris, Dominic Corness, Layton Stewart and Mateusz Musialowski could be considered.

Preston have been touted with an interest in Bobby Clark, while Nottingham Forest were linked to Ben Doak, but it is likely that both stay with the first team.

Look out for American midfielder Matteo Ritaccio, too, with the 21-year-old having not featured since a loan at Charleston Battery was cut short in July.